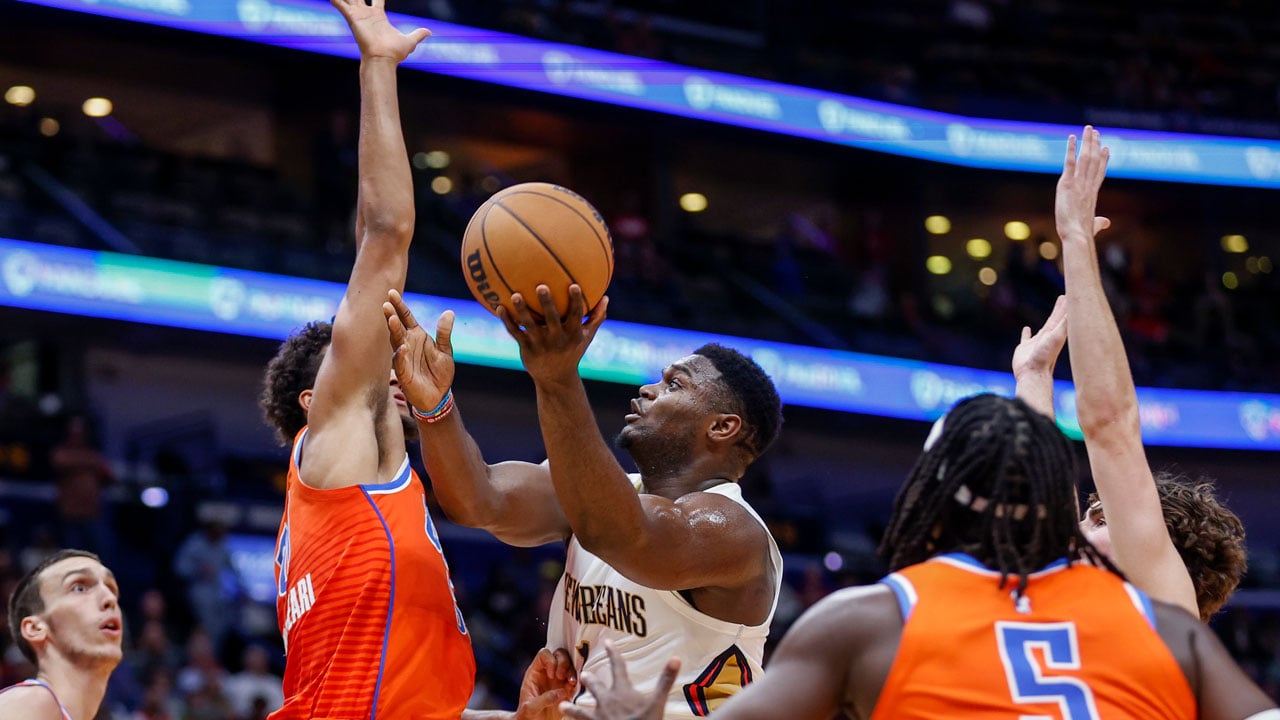 Zion Williamson scored 23 points, matched his career high with eight assists and converted a go-ahead three-point play with 44 seconds left to lift the short-handed New Orleans Pelicans to a 105-101 victory over the Oklahoma City Thunder on Monday night.

With the Pelicans playing without Brandon Ingram and C.J. McCollum, Williamson also had eight rebounds and three blocked shots against a collapsing defense aimed at turning him into a passer. He either scored or assisted on every point in an 11-4 New Orleans run in the third quarter that stretched the Pelicans’ lead to 75-62.

The Pelicans slowed down Shai Gilgeous-Alexander from the floor, but the penetrating guard still scored 31 points on 7-of-21 shooting. He did most of his damage from the foul line, going 16 of 18.

The Pelicans led 93-86 with 5:34 left, but the Thunder got back-to-back 3-pointers from Aleksej Pokusevski and Gilgeous-Alexander to cut the deficit to 95-92. Oklahoma City took a 101-100 lead on Jeremiah Robinson-Earl’s 3-pointer with 51 seconds left, but New Orleans scored the final five points.

Williamson got a three-point play on hard drive and a free throw, and Herb Jones iced the victory with two foul shots with 1.5 seconds left. Trey Murphy added 20 points for New Orleans.

New Orleans led by as many as nine points late in the second quarter, but Gilgeous-Alexander kept the Thunder within striking distance with 11 first-half points. Oklahoma City shot just 35.3% from the floor (18 of 51) in the first half, and was outscored 32-18 in the paint, normally its strong suit.

Pelicans: Besides Ingram (left great toe) and McCollum (health and safety protocols), the Pelicans were without F Larry Nance Jr. (right shoulder) and F Naji Marshall. … The Pelicans have won six of eight. … Australian Dyson Daniels squared off against fellow Aussie Giddey for the first time in their NBA careers. The childhood friends both played at the NBA Global Academy in Canberra. … Williamson picked up the first technical foul of his career in the first half.

Pelicans: Host Toronto Raptors on Wednesday in a stretch of six of seven at home.