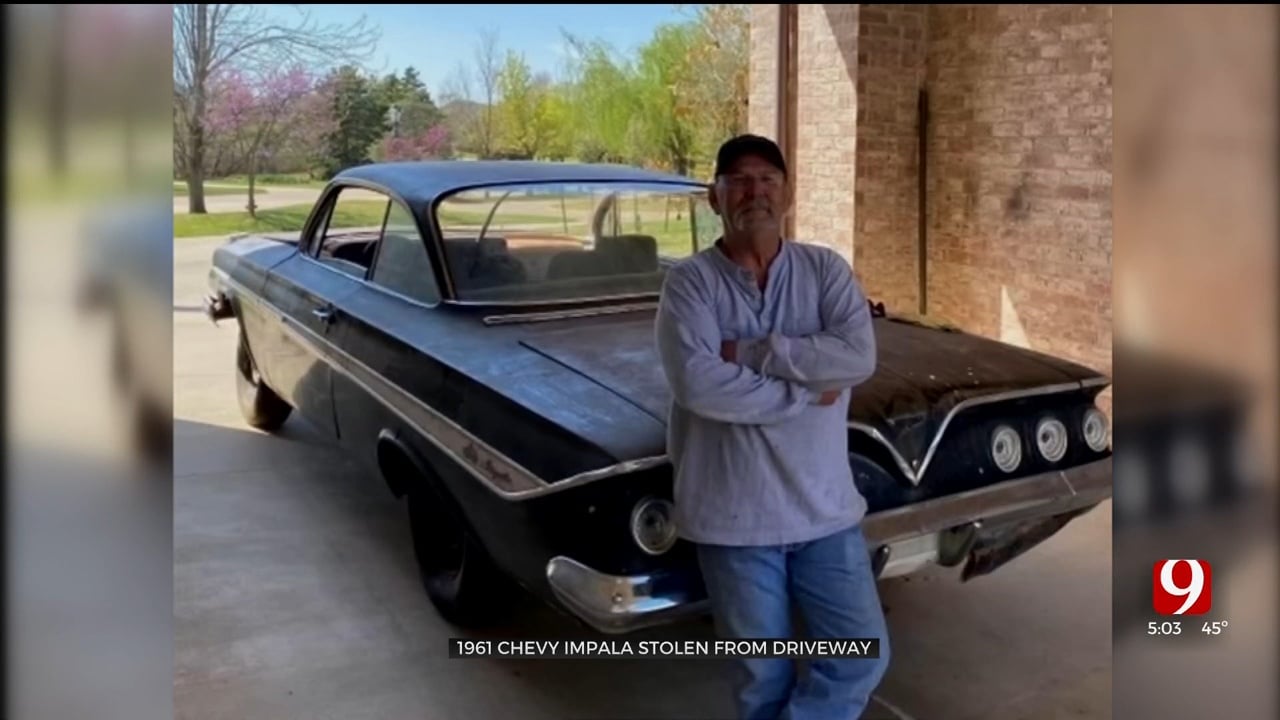 A school bus driver in Edmond says a gift for his wife was stolen right out of his driveway. He says the thief or thieves took more than a material possession and now he’s asking for any information that helps him get it back.

When you look around the garage of James Judkins, it’s clear he can build or fix just about anything, but over the last 40 years he was building something else, a dream.

“When I found it, I was ecstatic,” said Judkins.

For 20 years, his dream sat in a garage just down the road. It was a 1961 Chevy Impala and he planned to restore it.

“I brought it home and I was on top of the world. I bought a cover for it,” he explained. “I wanted to protect it, and that didn’t happen. I couldn’t protect it well enough I guess.”

His wife noticed on Saturday morning the car wasn’t in the driveway. Judkins’ feeling of disbelief quickly turned to grief.

“I can’t describe the feeling, but it’s like somebody clubbed you. It’s a kick in the head.”

The car was taken in the night. His dream only lasted 2 months.

“I sleep light,” he explained. “I didn’t hear anything.”

The car doesn’t run so he doesn’t know definitively how it was stolen. He does know what was robbed – a dream that wasn’t his alone.

“The ’61 was the wife’s and mine dream for retirement,” he said. “Somebody stole my dream, stole her dream.

He imagines he won’t see it again.

“I imagine that car stripped down,” he said. “The body cut up and scrapped. [It’s] 9 shades of wrong.”

The model car on his work bench was a blueprint for his project. Now, it’s hope that he can keep the dream alive.

Through social media police obtained photos of a Blue Chevy Silverado pulling a trailer. Judkins believes the driver is the thief.