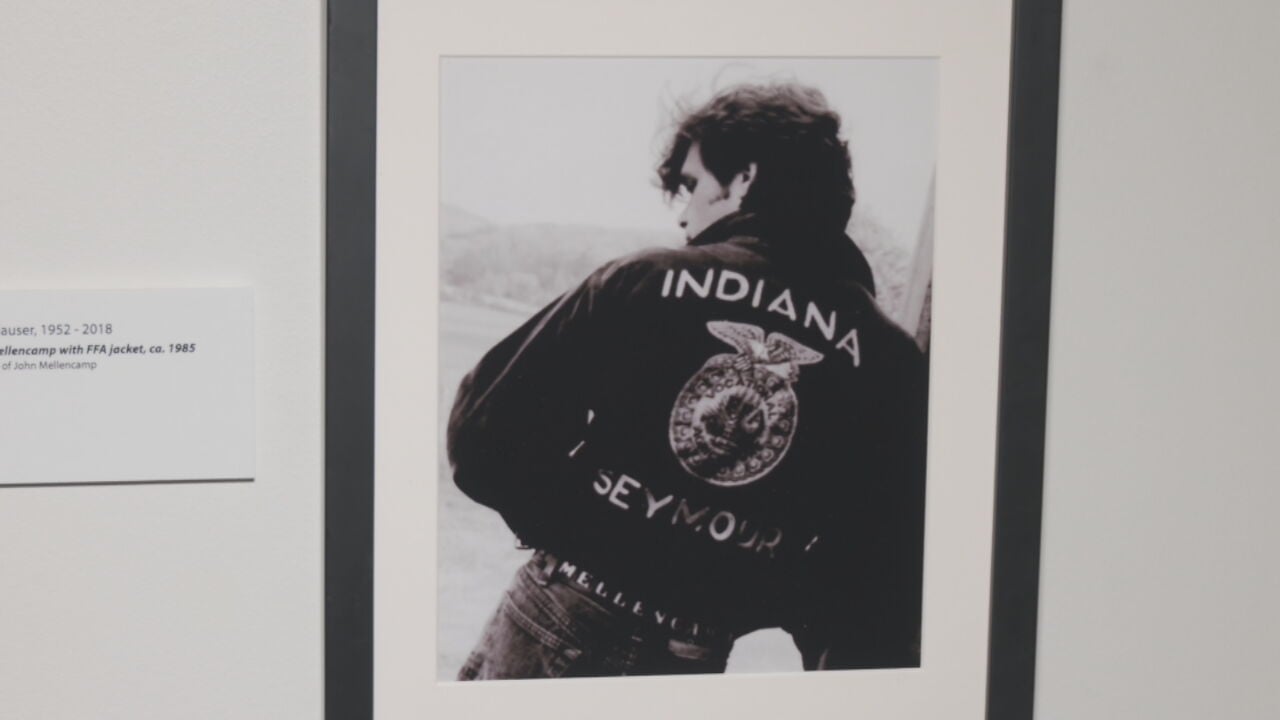 Visitors will learn more about Mellencamp and how he was influenced by Guthrie’s music. The exhibit features one of Mellencamp’s guitars, videos of a concert and even one of his paintings.

Cady Shaw, the Director of the Woody Guthrie Center, is excited to see this exhibit come to life because it stirs memories for her.

"I remember Farm Aid when it happened, but I didn't realize what a big deal it was,” said Shaw. “And to really learn more about it and to see the guitar that he played at Farm Aid but also at MTV Unplugged. which I did watch in 1992 is really amazing."

Many might only know Mellencamp from his songs like “Jack and Diane,” but he is also a painter. One of his paintings honors Bob Dylan and Woody Guthrie, both who influenced his music.

"Woody Guthrie was a huge influence on John Mellencamp and his creative process, and both of them really created and spoke about the everyman, the issues and sorrows and troubles of the common man and what they were facing in ways that not many people were talking about," Shaw said.

People can also learn about “Farm Aid,” an organization started by Mellencamp and other artists, to help American farmers. Shaw said Mellencamp’s concern for farmers is something else that ties him to Woody Guthrie.

"Woody Guthrie experienced the Dust Bowl and the devastation to the farmlands and the farmers, and migrant workers going to California to work, and similar in the 80s, there was also a farming crisis,” said Shaw. “John Mellencamp founded Farm Aid with Willie Nelson and Neil Young in 1985 to bring attention to that. Both Woody Guthrie and John Mellencamp really felt strongly that the everyday man, the everyday folk didn't really have a good platform to get their issues heard."

She said the messages of both Woody Guthrie and John Mellencamp are still relevant today.

"This is a huge piece of history, we're even in a farming crisis today with lack of water, and arid lands and drought, and it's a common recurring theme and so I think if you look at the past, you can see ties to today," said Shaw.

People can buy tickets online and come to check out the exhibit at the Woody Guthrie Center between 10 and 6. The center is closed Mondays and Tuesdays.