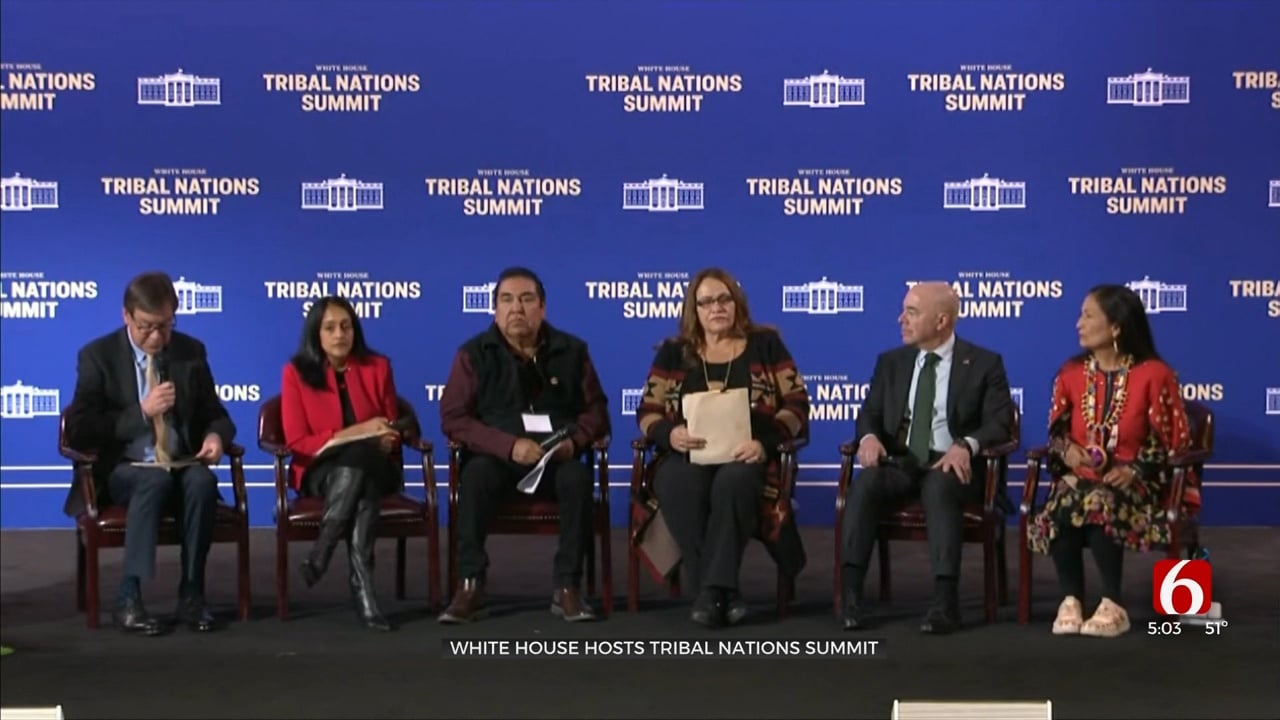 A red hand over painted over the mouth has become a symbol of a growing movement to stop the epidemic of missing and murdered indigenous women.

"Women and girls have borne the brunt of that violence, and the crisis of missing or murdered indigenous people has shattered the lives of victims, their families and entire tribal communities," U.S Attorney General, Merrick Garland said. "This is unacceptable."

The US Attorney General was just one of dozens of people who spoke during the last day of the tribal nations summit in Washington, D.C.

Statistics show thousands of native women and children have gone missing in recent years, but only a little more than 100 are listed in the national missing persons database.

There are now 12 offices across the country dedicated to solving these cases including the US Attorney's Office. In that time, over 500 have been solved, including 90 missing persons cases and six murders.

Roselyn Tso is the Director of Indian Health Services. She’s working to find funding so Native Americans have better care, including better access to clean water on reservations.

"We know that improved water and sewer infrastructure will reduce health care visits for in patient and outpatient," Tso said.

This is the first time the summit has been held in person in six years.