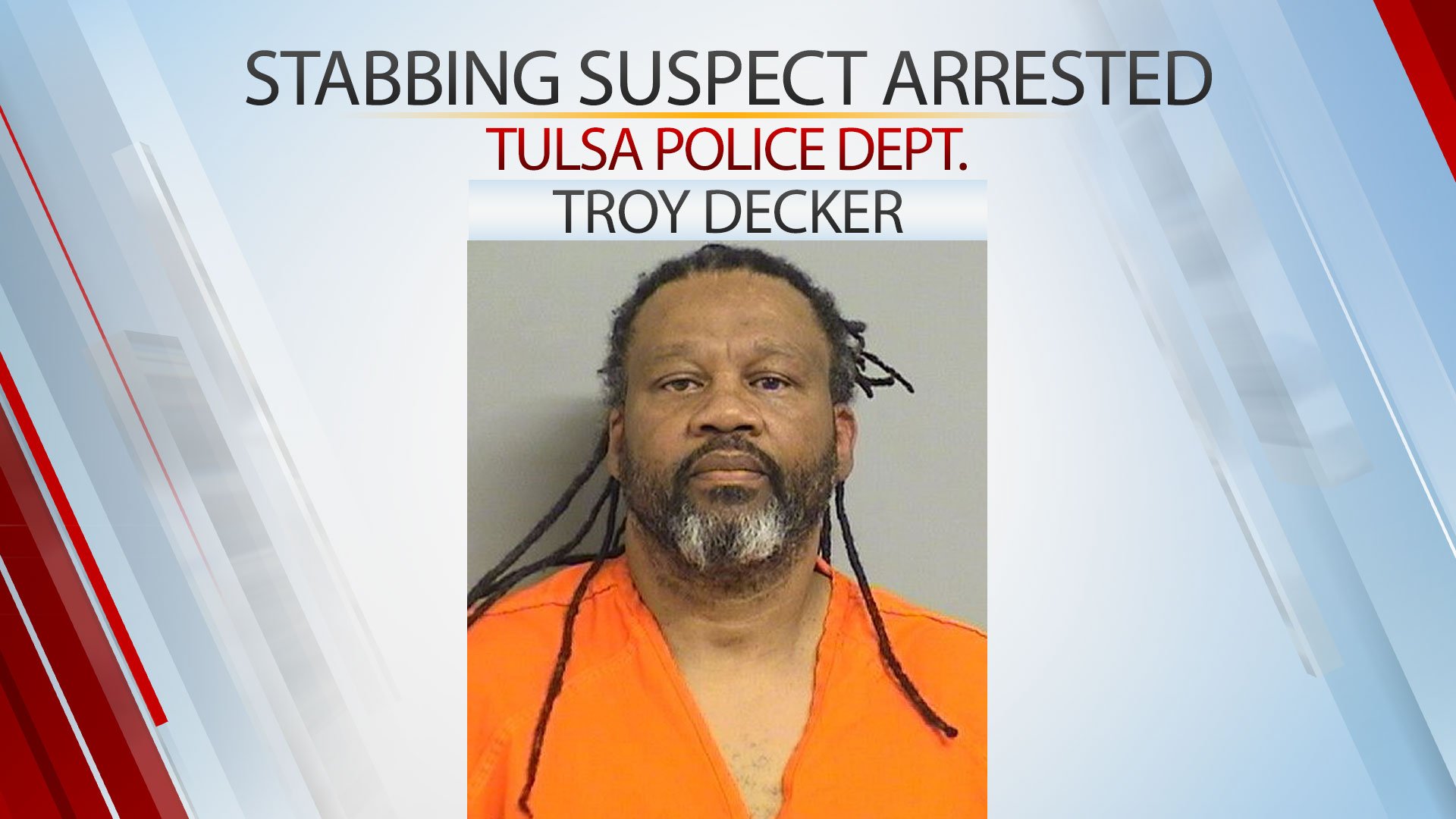 Man Arrested In Connection To Deadly Stabbing In Tulsa

Police have identified a victim killed in a deadly stabbing in Tulsa early Sunday morning.

Police say one person is in custody in connection to the stabbing.

A man has been arrested in connection to a deadly stabbing that happened overnight in Tulsa, Tulsa Police said.

Police said they responded to the scene at around 3:20 a.m. near M.L.K. Jr Boulevard and East Jasper Street.

Officers said that one man was found dead from a stab wound.

The suspect, Troy Decker, 56, was arrested and is being booked on the complaint of first-degree murder.