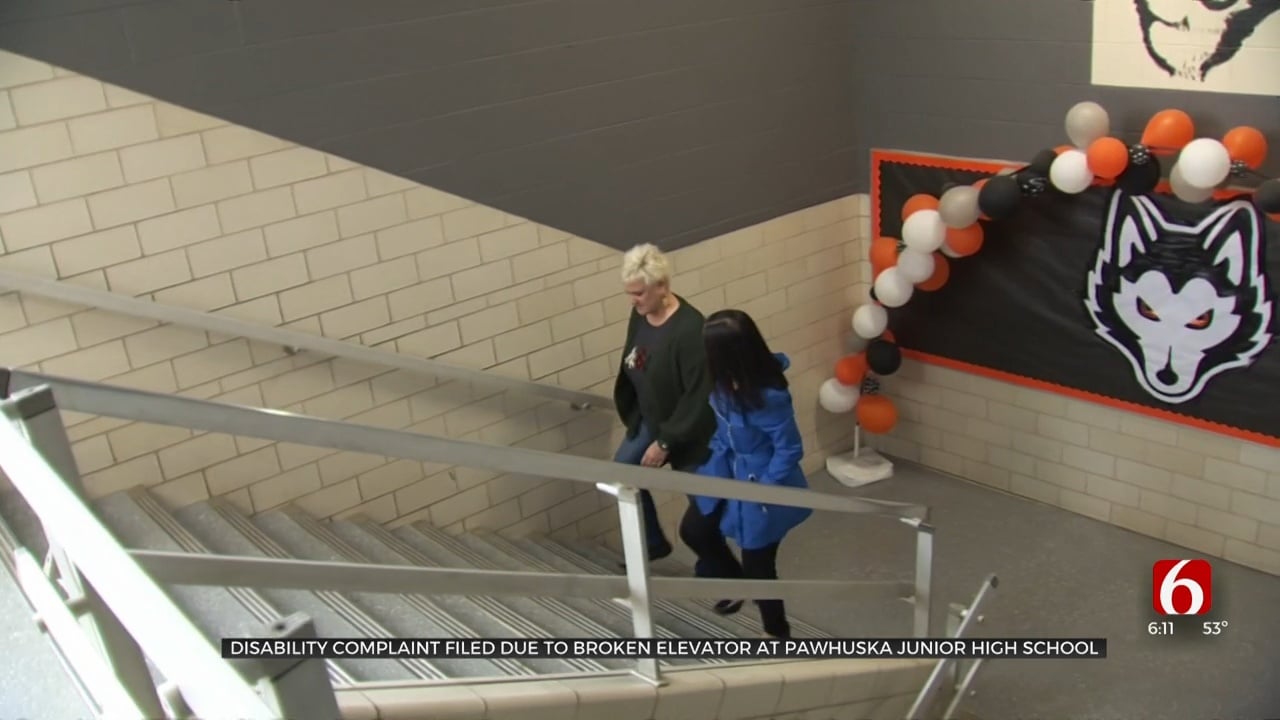 The elevator at Pawhuska Junior High has been broken for months, and a parent has filed a complaint with the state.

The district told News On 6 it has since made adjustments to be in compliance with the American Disabilities Act (ADA) guidelines, after a contractor the district paid to fix the elevator said it will no longer make repairs.

No one at Pawhuska Junior High has been able to use the elevator since August because of issues with its brakes. A student and paraprofessional got stuck in it.

Amy Dwerlkotte, the mother of the student who was stuck in the elevator, said the issues have been causing anxiety for her sixth grade daughter, Son Wi Sellers, who has cerebral palsy.

"She walks up the stairs with a para, which she physically can,” said Dwerlkotte. “She has limited mobility. It's exhausting for her. It takes her twice as much energy to walk up a flight of stairs than what you and I probably."

Supt. David Cash said the district contracted with a company for repairs, already spent $11,000, and crews have been to the school four times.

Cash said the company pulled out of the contract last Friday, saying it does not feel comfortable working with the elevator.

“I don’t know if it’s the age of it what it is, but in June, when they met with us, it was very fixable and just needed some stops in,” said Cash. “They knew how to do it.”

School board member Shannon Shaw Duty said she only heard about the issues at the November board meeting, when Dwerlkotte spoke to the board.

"We want our school to be inclusive for all students and make sure that no one suffers and does not receive the public education that they deserve."

Cash said he has talked to the Office of Disability Concerns and the school will move four core classes downstairs to meet ADA compliance guidelines.

In the meantime, he is looking at other companies to fix the elevator for a permanent solution.

Dwerlkotte said she hopes the elevator is back soon for all students.

Shaw Duty said she plans to make sure next week’s school board meeting agenda includes updates to the elevator.