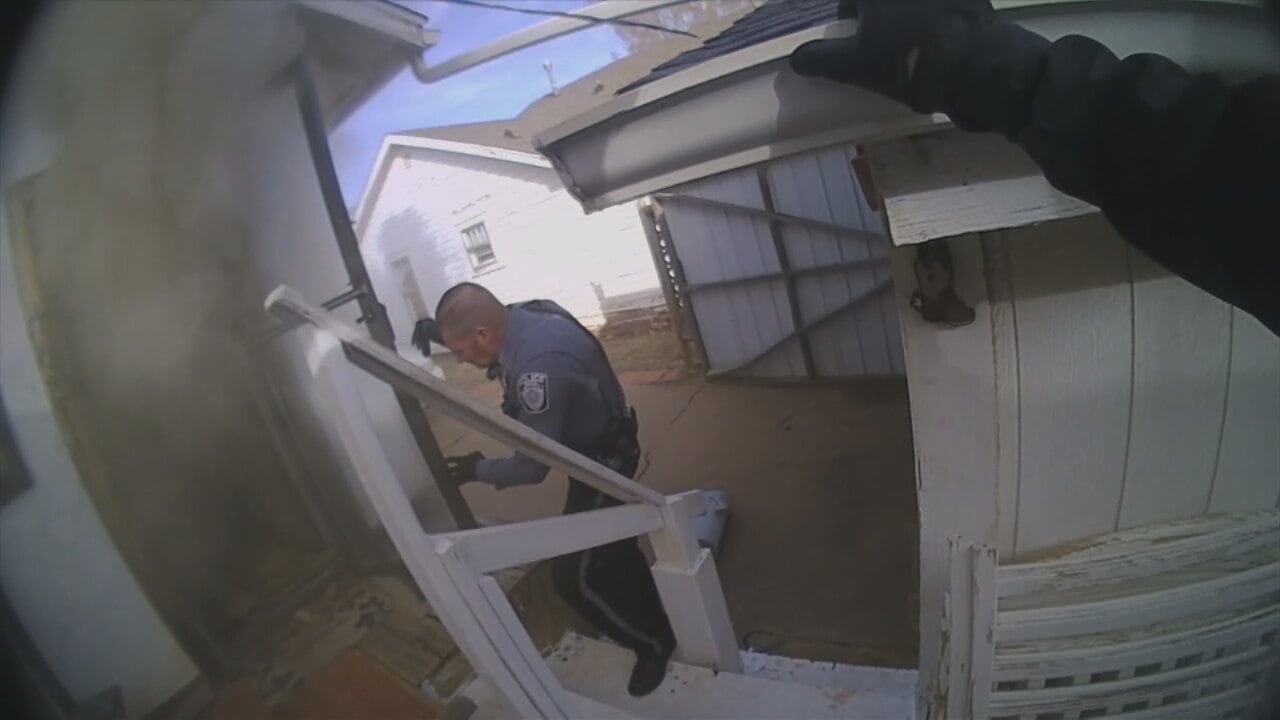 Body camera video shows the moment an Elk City police officer rushed into a home filled with smoke to pull out an 89-year-old man.

On Nov. 30, Sgt. Colt Lowry was the first to arrive at the scene of the house fire. A witness said someone was inside the home, so Lowry tried to open the front door. But it was locked.

Video from Lowry's body camera shows him kicking down the back door. Although smoke then came gushing out of the home, Lowry decided to go inside. The video shows Lowry crawling into the house until he saw a pair of feet. Lowry then pulled 89-year-old Richard "Dick" Carr out of the home.

He and another first responder carried Carr, who was unconscious, to the front yard, where first aid was administered.

"Colt's an exceptional officer. He's an exceptional human being," said Elk City Police Chief Eddie Holland. "He does the right thing a lot of times in danger to himself, and it just makes me really proud that we have officers who are willing to put themselves last."

In the body cam video, Lowry can be heard coughing from the smoke. But he returned to the back door and peered inside with his flashlight to check if anyone else was inside the home. Firefighters arrived shortly after to put out the blaze.

"There's a lot of things they do that isn't out on body camera but is worthy to be," Holland said. "These guys just do a fantastic job."

Carr was flown to a hospital in Oklahoma City, where he passed away on Dec. 1 while being surrounded by family, according to his obituary. He was a Navy veteran who was passionate about competing in rodeos.