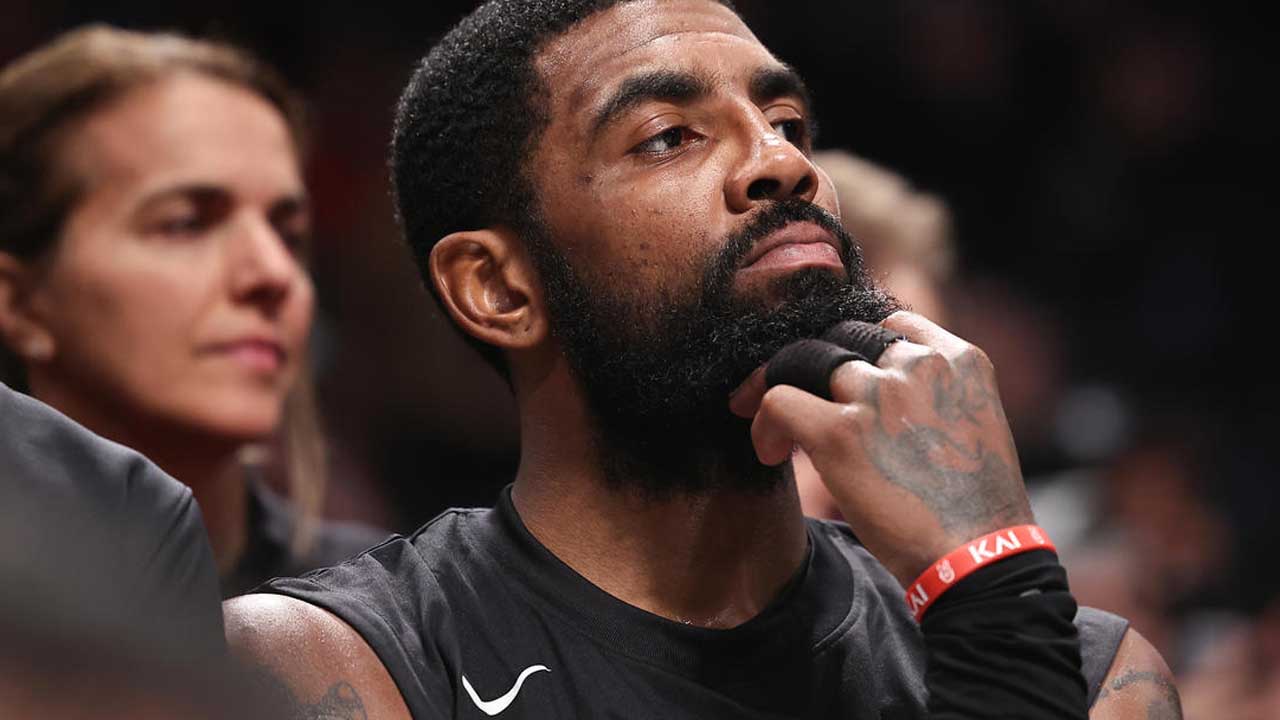 Nike has ended its eight-year commercial relationship with professional basketball star Kyrie Irving, the Brooklyn Nets player recently ensnared in controversy after he posted a link to an antisemitic film on social media.

Nike's move comes one month after the athletic apparel giant suspended its relationship with Irving over a tweet he shared in October. In a one-line statement to CBS News on Monday, Nike said "Kyrie Irving is no longer a Nike athlete."

Irving's shoe deal with Nike was one of the NBA's most lucrative deals, generating about $11 million in earnings for him every year, Sportico reported. Irving signed his first Nike shoe deal in 2014 and was scheduled to release a new model, the Kyrie 8s, last month.

"We wish Nike nothing but the best in their future endeavors," Riley Irving said in a statement Monday.

Nike made its split from Irving official on Monday, but there were earlier signs the relationship was fraying.

"Kyrie stepped over the line. It's kind of that simple," Nike founder Phil Knight told CNBC last month. "He made some statements that we just can't abide by, and that's why we ended the relationship. And I was fine with that."

Nike slashed the price of Irving's signature shoes one day after announcing the separation, offering discounts of up to 50% on some models.

Irving posted a tweet Monday that suggested he's relieved to be free from the Nike deal, which was scheduled to end October 2023.

"Anyone who has even spent their hard earned money on anything I have ever released, I consider you family and we are forever connected," he posted. "It's time to show how powerful we are as a community."

The controversy began October 27 when Irving posted a link on Twitter to the film "Hebrews to Negroes: Wake Up Black America." The synopsis on Amazon said the 2018 film "uncovers the true identity of the Children of Israel." But the film mentions conspiracy theories about Jewish people, including false claims that Jews dominated the slave trade.

The following day, Nets owner Joe Tsai wrote on Twitter that he was "disappointed" that Irving appeared to support a film "based on a book full of antisemitic disinformation." NBA Commissioner Adam Silver also condemned Irving's tweet.

The team suspended Irving for five games following the post. It marked the second straight season that the Nets have sent Irving away from the team. Last year, the Nets banished Irving when he refused to get vaccinated against COVID-19, making him ineligible to play home games.

"To All Jewish families and Communities that are hurt and affected from my post, I am deeply sorry to have caused you pain, and I apologize," he wrote. "I initially reacted out of emotion to being unjustly labeled Anti-Semitic, instead of focusing on the healing process of my Jewish Brothers and Sisters that were hurt from the hateful remarks made in the Documentary."

Celebrities and Jewish organizations have called for Amazon and Barnes & Noble to remove the film from its platforms, but Amazon CEO Andy Jassy said last week the e-commerce company has no plans to withdraw it.

Despite cutting ties with Irving, Nike continues to have numerous contracts with NBA players. The company has shoe deals with some of the league's biggest names, including Paul George, Kevin Durant, Giannis Antetokounmpo and LeBron James.