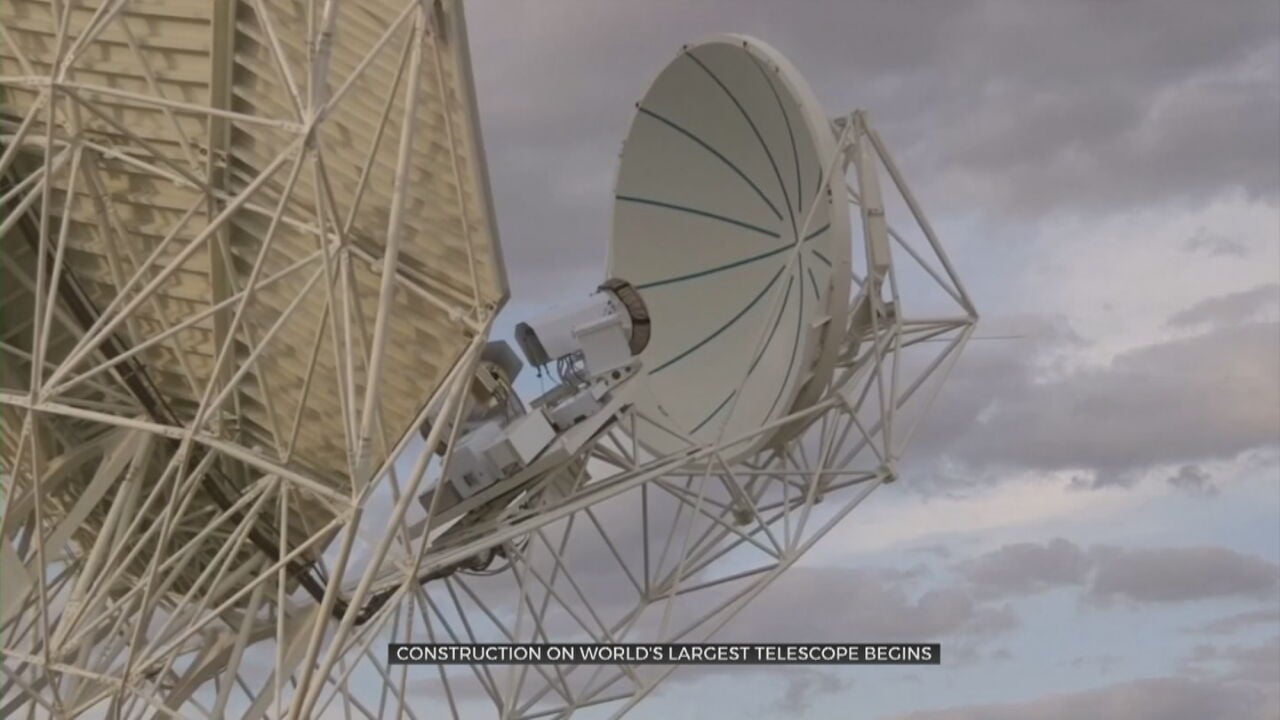 Scientists say they're a step closer to unlocking the mysteries of the universe. Workers are beginning to build what scientists say will be the world's largest radio telescope.

The giant system, made up of nearly 200 dishes and more than 130-thousand antennas, will be constructed across sprawling sites in South Africa and Australia. "The two complementary telescopes will be the ears on either side of the planet, allowing us to listen to those murmurings from the deep universe," says George Freeman, minister for UK Business, Energy and Industrial Strategy.

The mega telescope will let scientists look back in time over the history of the universe when the very first stars and galaxies started to shine.

The "Square Kilometer Array" project is said to be sensitive enough to detect some of the faintest signals in space and able to map the sky 135 times faster than similar telescopes.

"Not only is this a great milestone as we commence construction, we're also setting out on an amazing scientific journey together," says Australian science minister Ed Husic.

It's a journey that will carry some of the most precise tests of Einstein's theories and even search for extra-terrestrials.

Excitement over the venture turned a construction site in South Africa into a dance floor to mark the moment workers broke ground on a project that's truly out of this world.

Experts say science still only understands five percent of the universe, so there's a long way to go. The radio telescope is expected to be completed by 2028.