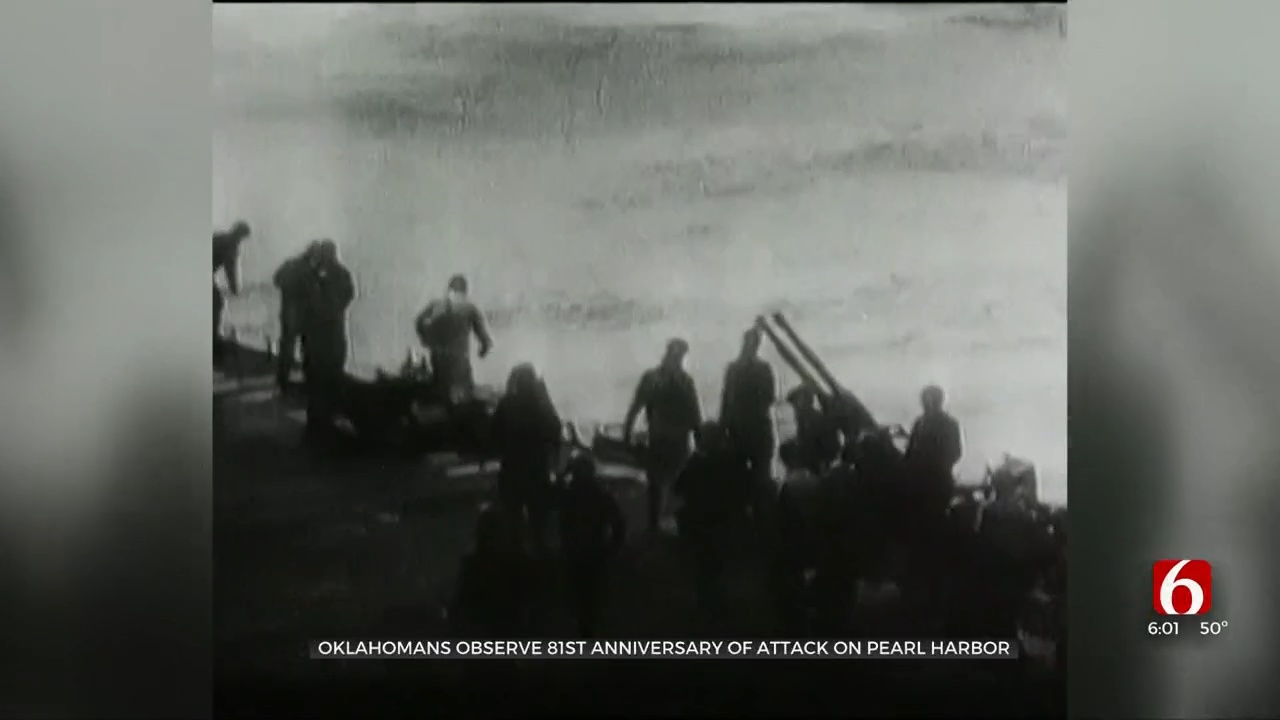 It’s been 81 years since the attack on Pearl Harbor, and widows and children of Tulsa-area Pearl Harbor survivors are remembering the lives lost.

The last known Pearl Harbor survivor in Tulsa died two years ago, but the widows and children of other survivors meet every year on Dec. 7 to honor them.

Betty Wright was just a kid when Pearl Harbor was attacked on December 7, 1941.

"I remember that we were going to go to school and my aunt came and picked us up,” said Wright. “I had a brother in the Navy. And she picked us all up and took the kids to the school, and I remember that they were all very quiet and solemn."

Her husband, Al, was at Pearl Harbor that day, transporting injured service members to the main hospital in Hawai’i. She said the men who were there never liked to talk about it.

"It isn't a pleasant thing for them and what they do,” said Wright. “But it's their job. And I know these fellas came back from World War II, they didn't really talk about it. They just said, 'We were doing our jobs.'"

Barbara Kepper is another widow who was at the ceremony, honoring the life of her husband, Chuck, who was in the Navy that day.

"They were notified about the bombing, and they got orders to turn around and look for subs, mini subs,” said Kepper. “Then the next day they came in and re-supplied and took off and went to sea again."

What Kepper wants people to remember, is the way the country came together after the attack.

"They had to save, they had to buy bonds, they had to support the war,” said Kepper. “And I feel like everyone should remember it because we lost so many, so many good, young men."

The women hope people will continue to think about those who lost their lives in 1941.

"To keep us, not to let it happen again,” said Wright. “If we forget history, we will repeat the things."

The widows and children meet each year at the American Legion Post 308 on Admiral and Garnett in Tulsa.