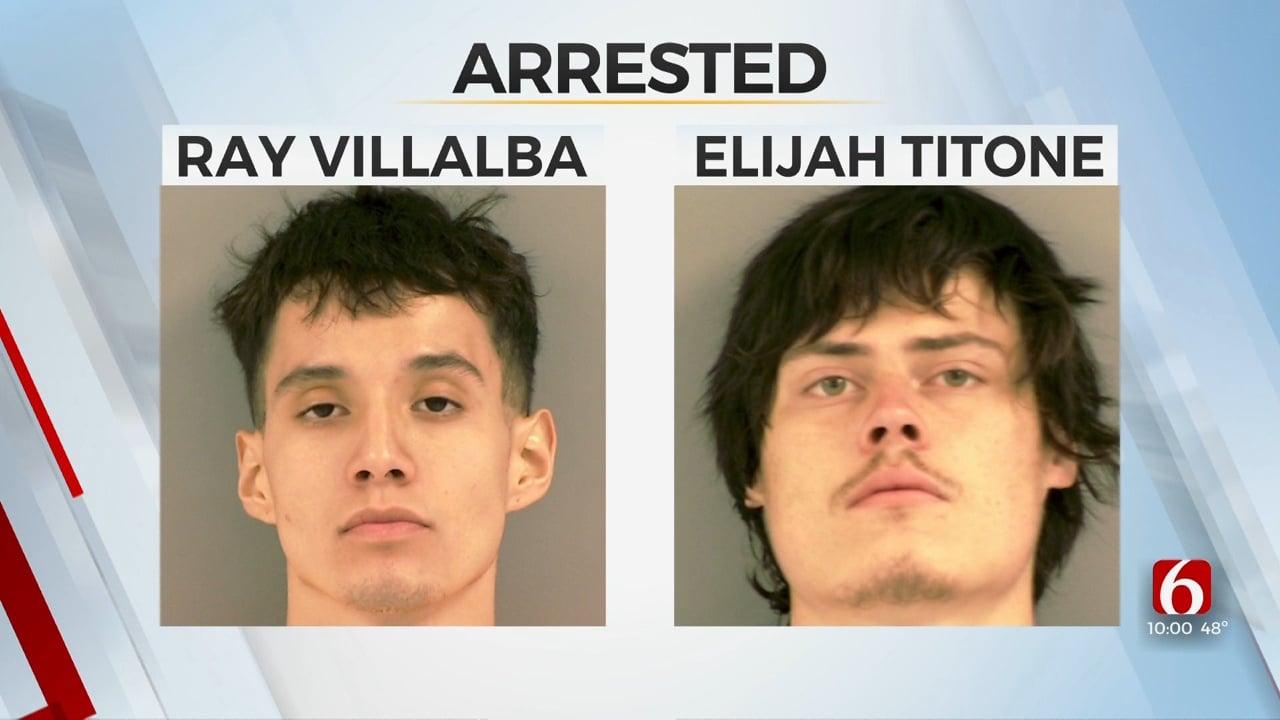 Two men are in jail after Broken Arrow police said they broke into a home, pistol-whipped a man, then tried to zip-tie him. Police said it appears they also did the same crime to a victim in Tulsa as well.

Ray Villalba and Elijah Titone broke through glass wearing dark clothing and ski masks, officers said. The men took the victim to his room, hit him in the face with a gun, and tried to zip-tie him, officers explained.

When police arrived, they said they saw a vehicle speed away and chased after it. The driver wrecked the car near Albany and Aspen and both of the men ran off, officers said. Officers said they found and arrested both men nearby.

“They were driving at speeds excess of 90 miles an hour right after they hit an innocent man in his home with a gun. So, yes, these individuals were not thinking about their actions and now they are in jail because of it,” BAPD spokesman, Ethan Hutchins said.

Police said they later learned the vehicle was reported stolen in Tulsa, where the owner was held at gunpoint, blindfolded with tape, and zip-tied.

Police said this was not a random situation and they believe everyone involved knew each other.