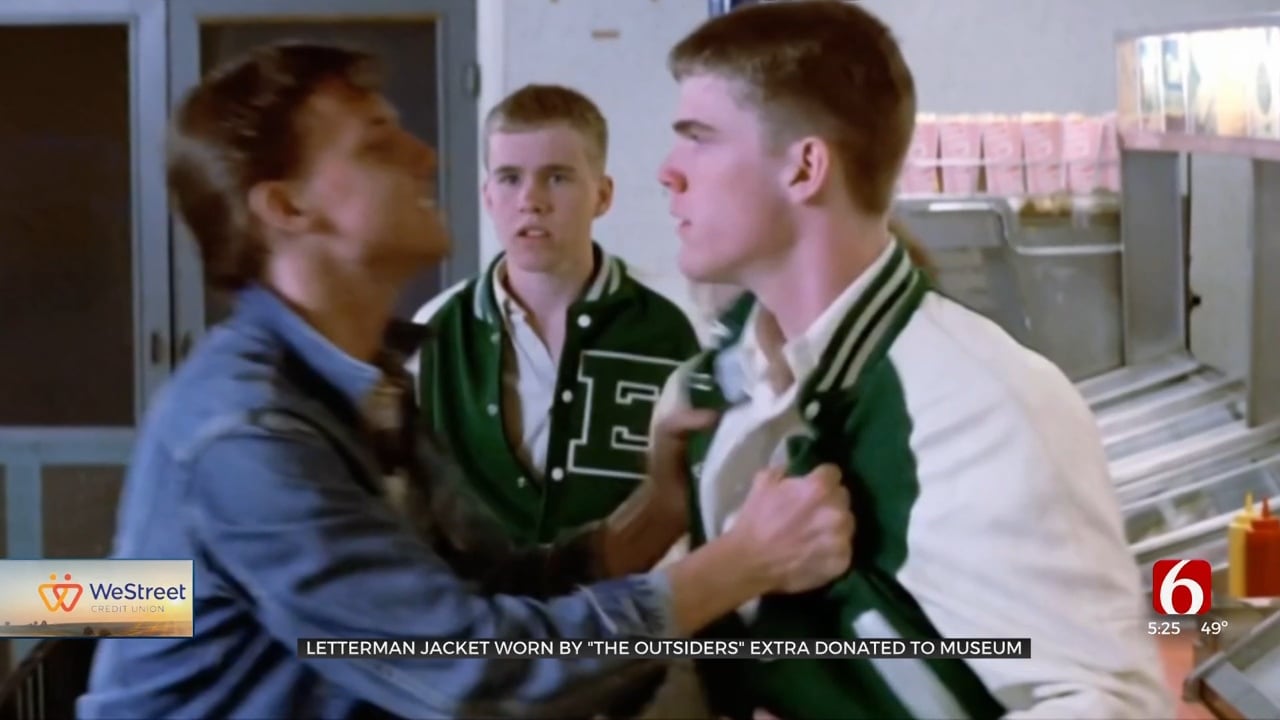 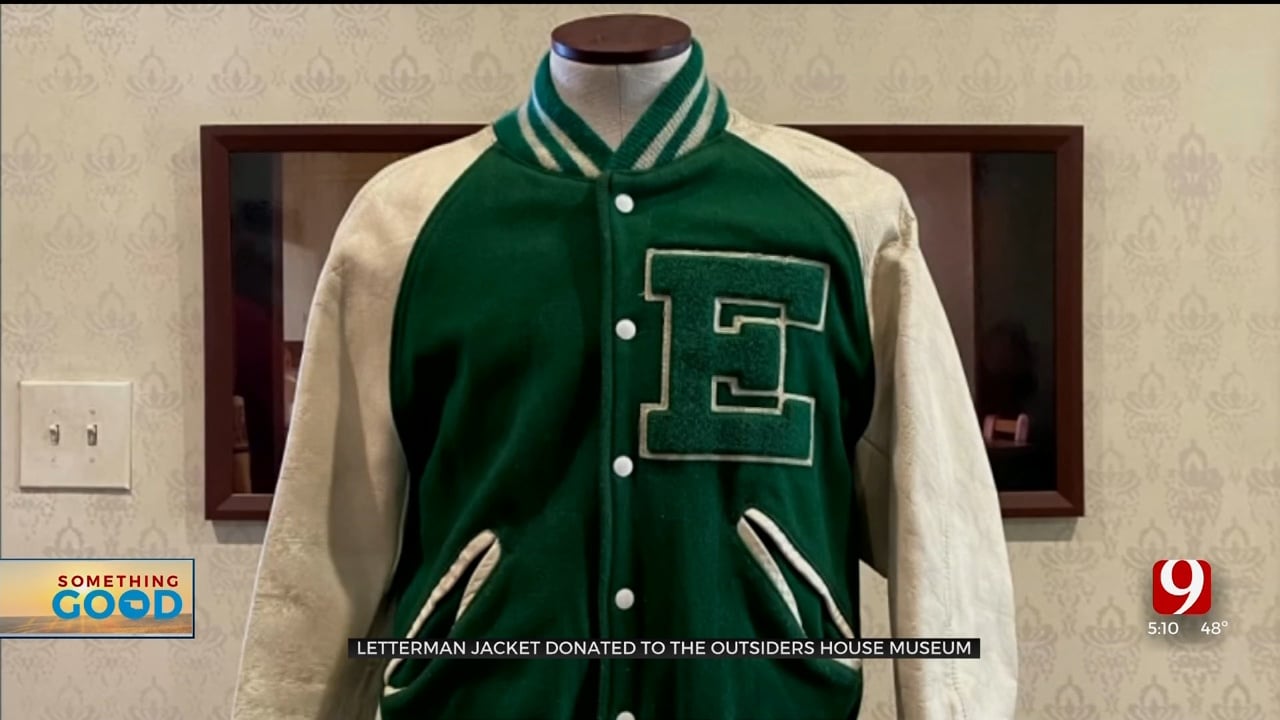 A piece of Tulsa movie history was recently donated to The Outsiders House Museum.

From on the big screen to on display, a letterman jacket has a new home, after the original owner donated it to The Outsiders House Museum.

"My brother's friend, Hugh Walkingshaw, was cast in the movie, in The Outsiders. And he asked to borrow my jacket for the movie. So I loaned it to him and I've had it ever since,” Scott Childers said.

The Edison Preparatory School letter jacket was Childers' in eighth grade, back in the early 80s.

Walkingshaw is seen in the middle of a scuffle at the drive-in concession stand scene. Childers said Walkingshaw, who was an extra, probably had the jacket for about a week.

"When Hugh borrowed it, in the movie, they actually spilled hot chocolate on the front of it,” Childers said. “And I can remember being in 8th grade; I was really upset that they ruined my jacket. But it came out. It came out at the dry cleaner."

Museum Volunteer Coordinator Michael Fellwock welcomes this latest addition to the museum, which displays several of the actors' costumes.

He explained that it can be more rare to have clothing from an extra.

"Like C. Thomas Howell, Ponyboy character, well they might have had five to eight of those blue sweatshirts,” Fellwock said. “That's why it's important when we get things from extras, is to have an actual screen worn item that there's only one of."

Over the years, Childers has used the jacket as a prop in his TCC US History class, and has let other teachers borrow it too.

But now it will serve a new purpose.

"It hangs in my closet and I want other people to get joy out of it. I mean, I bring it out once a year,” Childers said.