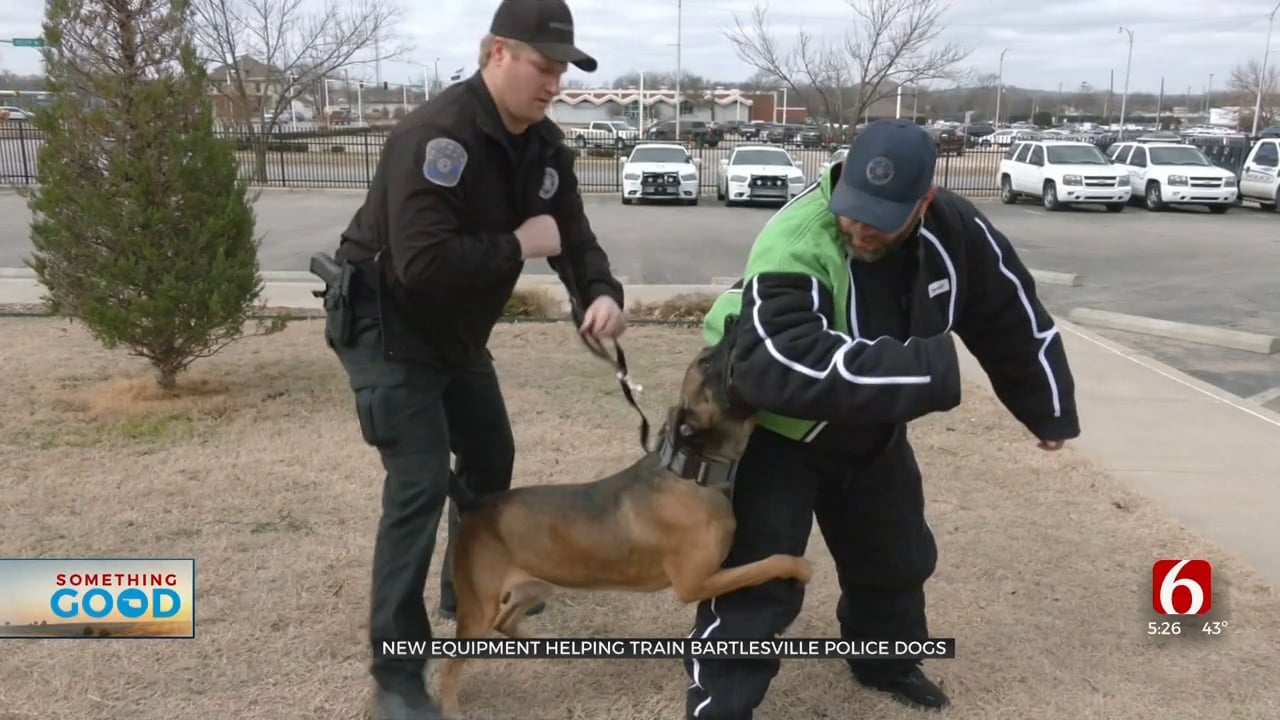 The Bartlesville Police Department received a new piece of equipment to help train its K-9 officers.

K9 Coordinator, Cpl. Cody Lemmons, said he applied for a grant for a new K-9 bite suit. The nonprofit Running 4 Heroes - K9's donated it to the department.

He said the suit is unlike any they have because it is thinner, which helps the officers maneuver better during training.

The department tested out the new suit this week on K-9 Duco.

Lemmons is his handler and said the suit is used in apprehension training.

"The suit allows us to train the dogs to target certain areas, so you do not have a dog biting people's heads, throats, or lethal areas," Lemmons said. "They target areas such as your legs, your arms, and that keeps the criminal safe and allows officers to put their hands on the subject."

He said the dogs are taught to bite and hold, until the suspect is put in handcuffs and taken into custody.