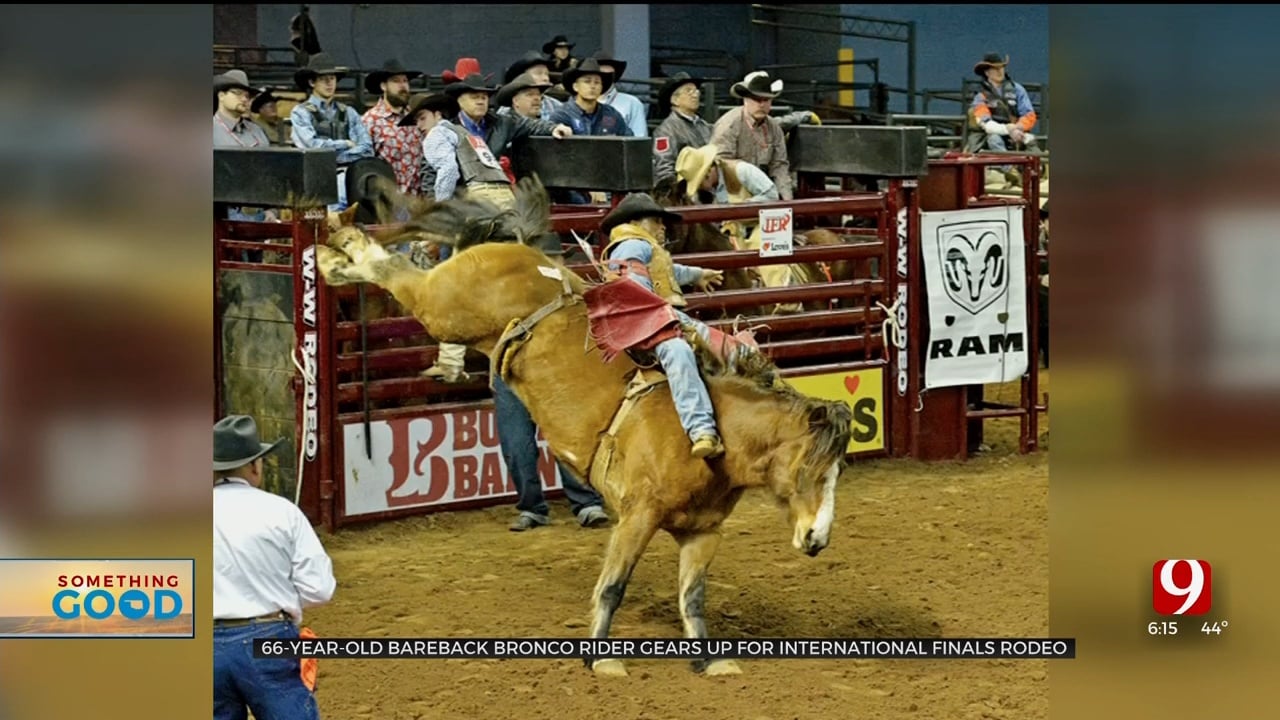 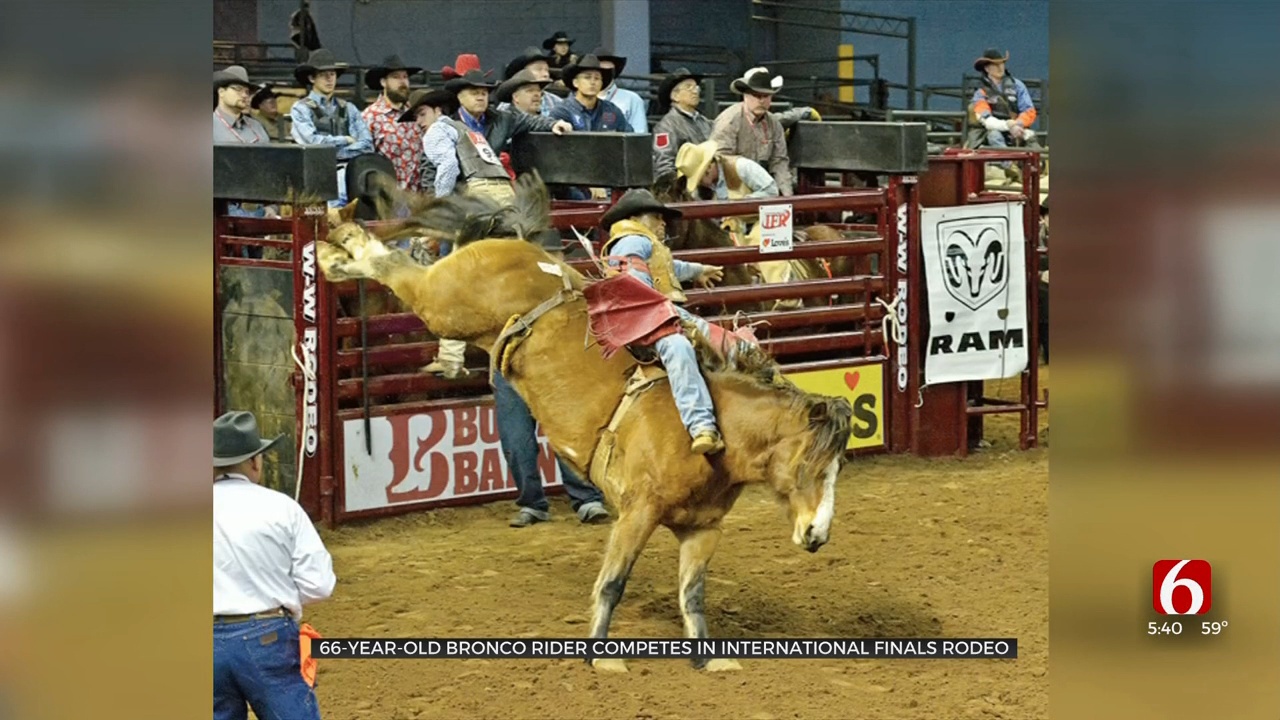 Some of the top rodeo contestants in the country are competing at the Lazy E arena in Guthrie for the International Finals Rodeo this weekend.

Some young competitors and some not so young.

At 66 years old, Harold Miller, from Fair Play, South Carolina, may be the Tom Brady of bronco riding.

“I love the rodeo people and when they call me, I have to go,” Harold Miller, a bronco rider, said.

He started riding bulls over 45 years ago and switched to broncos about 20 years ago, an event he describes as the roughest competition in rodeo.

“It’s rough on the body cause them old horses are jerking on you, twisting in the air and blowing up, a lot of people can’t last too long on that,” Miller said.

“Broke my hip back in the eighties, I broke my arm in the nineties, I’ve had a lot of pulled muscles, had a heck of a lot of concussions and knots on my head, but somehow Jesus will patch me back up and here we go again,” Miller said.

At 66, he’s competing against riders 50 years his youth.

“He’s kind of a guy you look up to, I think, definitely being that old, and hopefully I can do that,” said 16-year-old bronco rider Blayn Hughston.

“Oh no, we don't take it easy on no one around here,” Hughston said.

“If they get some of my money, they are going to have to earn it,” Miller said.

When Miller finishes up at the IFR this weekend, he heads to Houston to be inducted into the black cowboy hall of fame next month.

“That was the biggest blessing I’ve ever seen. I didn’t see it coming but it happened so here we go,” Miller said.

What keeps Miller competing at 66 years old? “If you have some dreams you need to go after them and keep going because you’ll know when it’s time to give it up,” Miller said.

How long will this cowboy continue riding? “I haven’t figured it out yet,” Miller said.