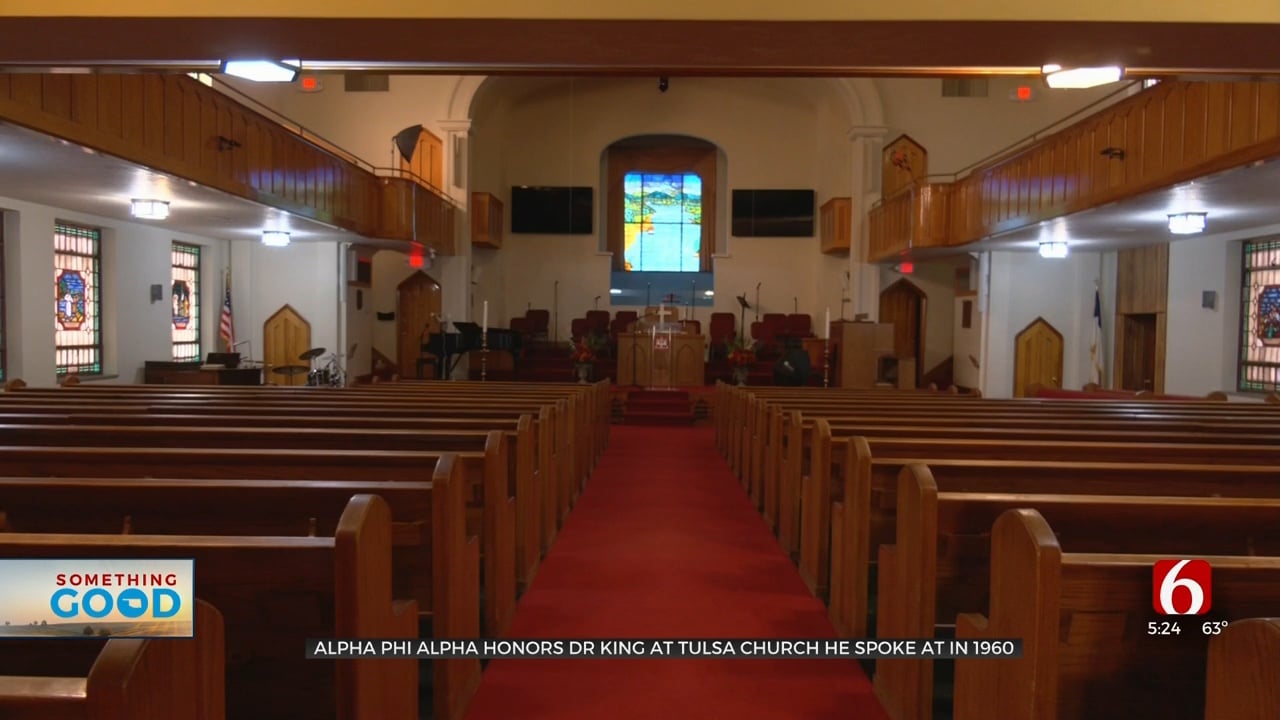 Dr. Martin Luther King, Jr. spoke at the First Baptist Church of North Tulsa back in 1960, eight years before he was killed.

Both the church and King’s former fraternity, Alpha Phi Alpha, came together to honor his legacy Monday.

Carol Singleton was only 12 when she heard Dr. King speak at the church.

She said she didn’t initially want to go to church the day he was speaking back in July of 1960, but her mom made both her and her sister go.

Fast forward to 2023, she said she is thankful her mom knew it was important enough for her to go, even if she didn’t understand why at the time.

"She knew it was important to have her kids here and so my sister and I sat up in the balcony with her, of course not wanting to, but we were there,” said Singleton.

Dr. King was a member of the Alpha Phi Alpha Fraternity Incorporated. The Tulsa graduate chapter helped put together a breakfast at the church to honor him before the parade.

The members said it meant a lot to them to have the breakfast in a place they know Dr. King had visited.

"We are so proud, first of all, of our brother Dr. Martin Luther King, Jr. and everything that he stood for,” said Keidron Dotson, who is a member of the Alpha Phi Alpha fraternity. “And it's so fitting that we're celebrating this breakfast and giving this breakfast this morning in the very sanctuary where Dr. Martin Luther King visited, and he talked and he spoke right here in this building."

Dotson said it’s important to him and his fraternity brothers to focus on Dr. King’s message.

"It is so easy to talk about the differences that we have and what separates us. But what we're known for, Tulsa is known for, are the things that bring us together,” said Dotson. “What can we celebrate and what can we build?"

Singleton said if she could tell Dr. King anything, she would tell him she is grateful for the work he did and the sacrifices he made.

"I would just thank him for giving of himself for us,” said Singleton. “I would really thank him for that. And I hope he wouldn't be disappointed."

The church and the fraternity host this breakfast before the parade each year.