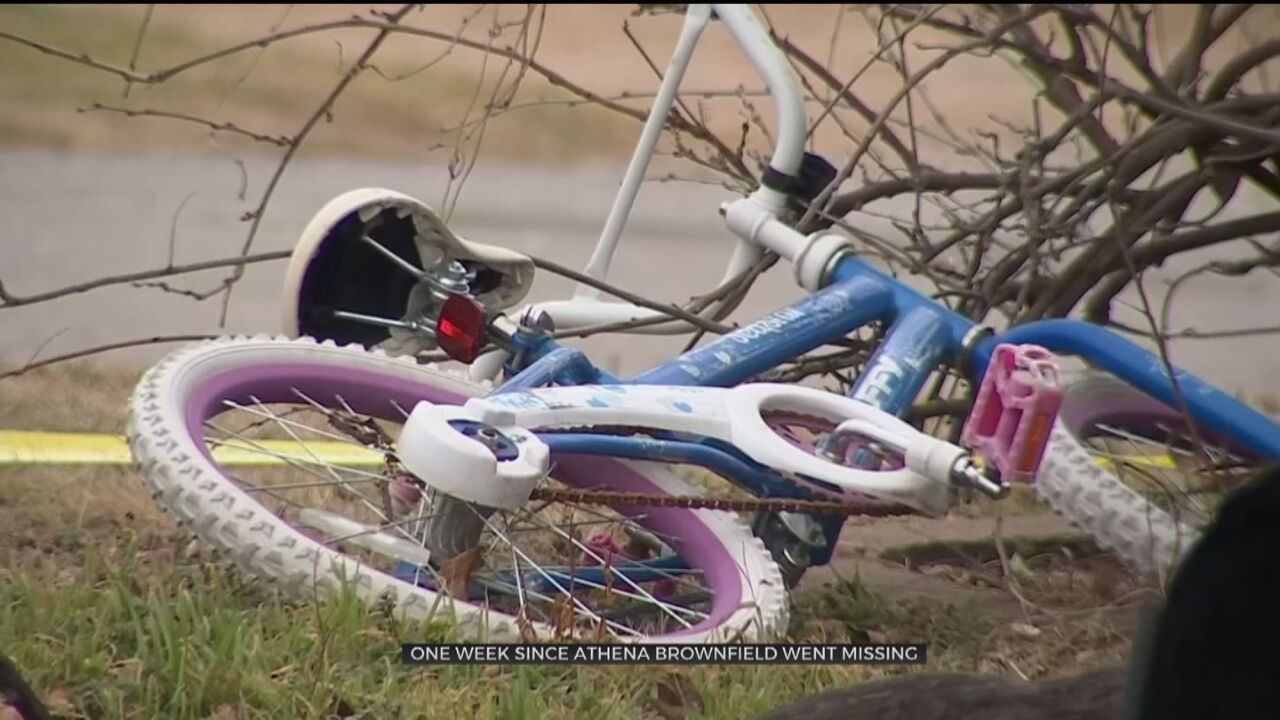 Tuesday marks one week since four-year-old Athena Brownfield was reported missing from Cyril.

State investigators said the search for Athena has turned into a recovery effort, as they do not believe she's alive.

One of the two people arrested in connection with Athena's disappearance is currently being held in the Maricopa County Jail in Arizona, but is expected to return to Oklahoma in the coming days.

Ivon Adams was taken into custody after a warrant was put out for his arrest for first-degree murder and child neglect.

After waiving his right to a hearing, Adams said he wished to return to Oklahoma to "fight" the allegations.

The OSBI said Ivon and his wife Alysia Adams were looking after Athena and her five-year-old sister for about a year.

Athena's sister is currently in protective custody after state investigators said a letter carrier found her walking alone in Cyril a week ago today.

RELATED: Family Of Missing 4-Year-Old: 'People Are Being Nasty And Mean'

"They need to stop," Brownfield said. "People are being nasty and mean and blaming innocent family members."

Those close to the family also said Athena's biological mother is responding to her missing daughter, and said she is grieving.