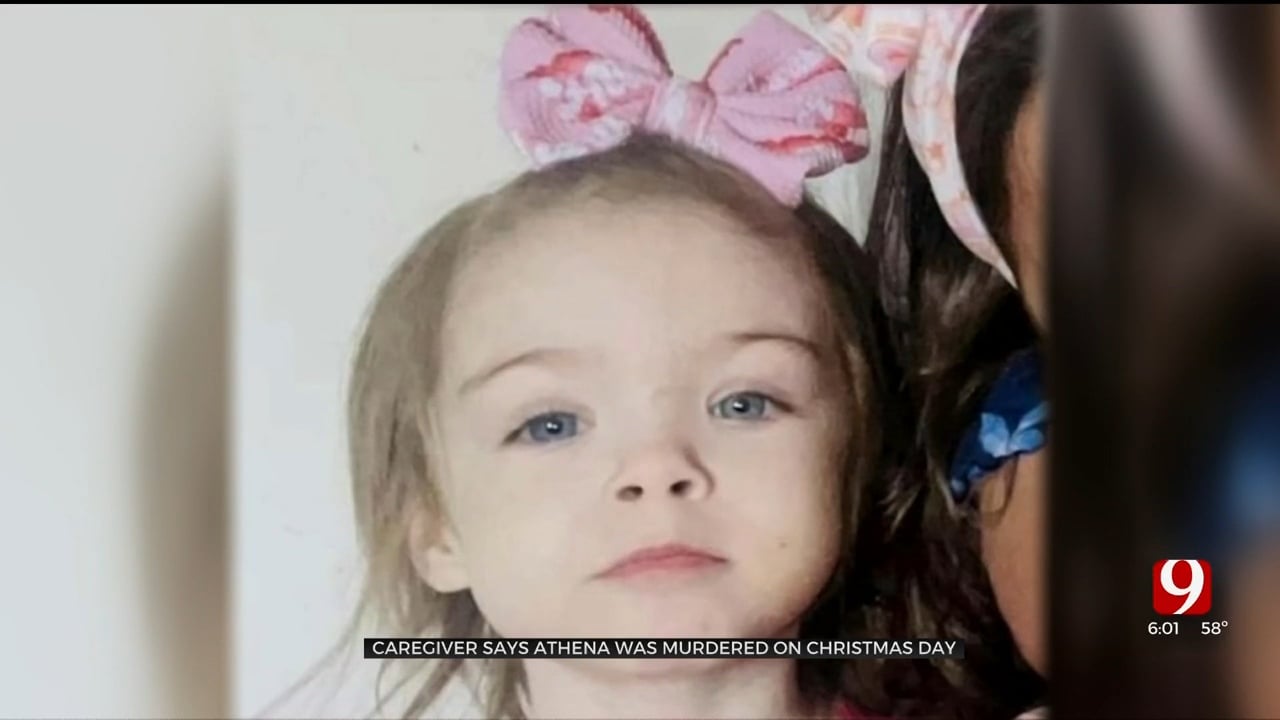 BREAKING NEWS UPDATE: The Oklahoma State Bureau of Investigation says it has recovered remains of a child in Grady County. The OSBI cannot confirm the remains are Athena Brownfield at this time.

The OSBI said in a statement that the remains were found in a rural area near Rush Springs. Those remains are being transported to the Medical Examiner's Office for identification.

OSBI says this is an active homicide investigation until positive identification.

A caregiver for a missing 4-year-old girl from Cyril, Okla., confessed to state investigators that her husband killed the girl before burying her in Rush Springs, according to an arrest warrant released Tuesday.

Athena Brownfield was reported missing Jan. 10. Authorities and the entire community of this Caddo County town have been looking for her ever since. The Oklahoma State Bureau of Investigation announced Monday that their mission was now to recover the girl's remains, ruling out hope that she would be found alive.

An arrest warrant for Ivon Adams, who has been accused of both child neglect and first-degree murder, said Alysia Adams told investigators that on Dec. 25, Ivon struck Athena Brownfield. While Athena was on the ground, not moving and her eyes barely opened, Ivon then punched her at least three more times in the chest.

The warrant then said Ivon left with Athena at around 1 a.m. Dec. 26. When he returned shortly thereafter, he told Alysia he had buried Athena near their old residence in Rush Springs, approximately 20 miles southeast of Cyril.

Alysia Adams has been charged with two counts of child neglect, so far, no charges have been filed against Ivon Adams.