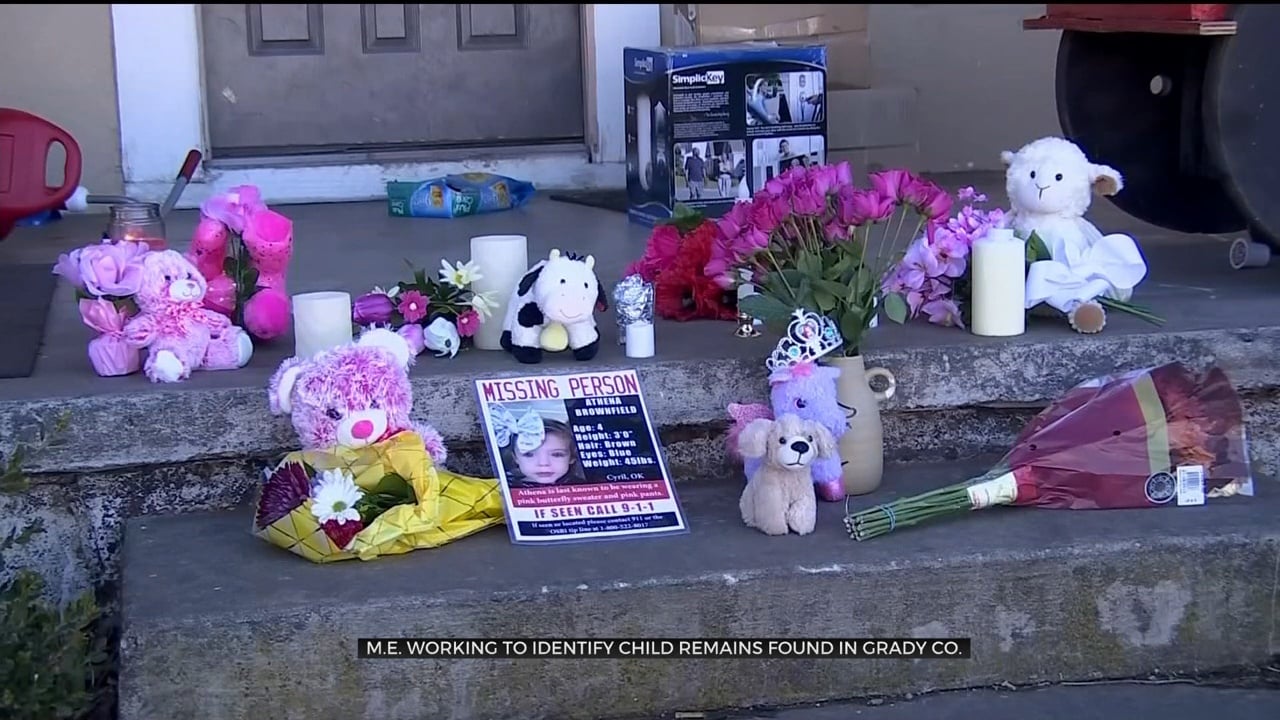 The community of Cyril is rallying together to support the 5-year-old sister of Athena Brownfield.

While the Oklahoma State Bureau of Investigation said Athena died on Christmas, the search for the little girl started on Jan. 10 when a letter carrier noticed Athena's sister was wandering around outside the family's home in Cyril.

Court documents said Athena’s sister told the post office employee she “was tired of being alone."

Donnie Miller, the pastor at Family Life Church, said he would like to thank his community for coming together to help, now they're calling on the community again to help Adina... Athena's sister. A volunteer is selling shirts to remember Athena

“All of the proceeds all of the profit part of that will go to an account that's been set up here at our bank and that will go directly to the family that's taking care of her now,” Miller said.

For more information on how to get one of the shirts, you can call Family Life Church in Cyril at 580-464-2224 and on Candie May-Jones Facebook profile.

The money will be transferred to an account at the First National Bank and Trust Co. People can also add to the account as well.

The two caregivers of the sisters, Ivon and Alysia Adams, were arrested last week.

The OSBI said Ivon killed Athena on Christmas Day in Cyril, then buried her near a home he and his estranged wife, Alysia, used to live at in Rush Springs.

Ivon is expected to be booked into the Caddo County Jail in the coming days on a first-degree murder and child neglect warrant.

Alysia, who investigators said witnessed the act, is being held on two child neglect complaints.

The search, which covered both Caddo and Grady Counties, transitioned into a recovery effort just before 12 p.m. Monday.

Investigators said they were able to locate human remains on a property that Ivon and Alysia used to own in Rush Springs and are working to identify them.