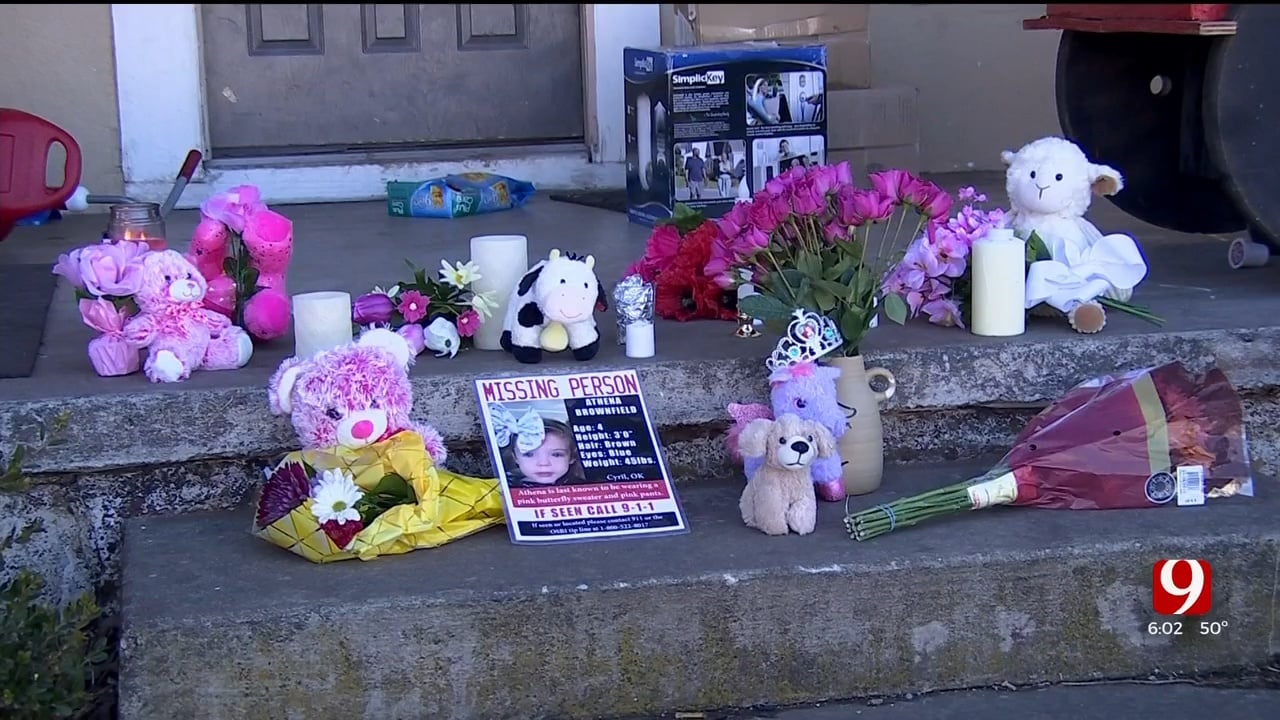 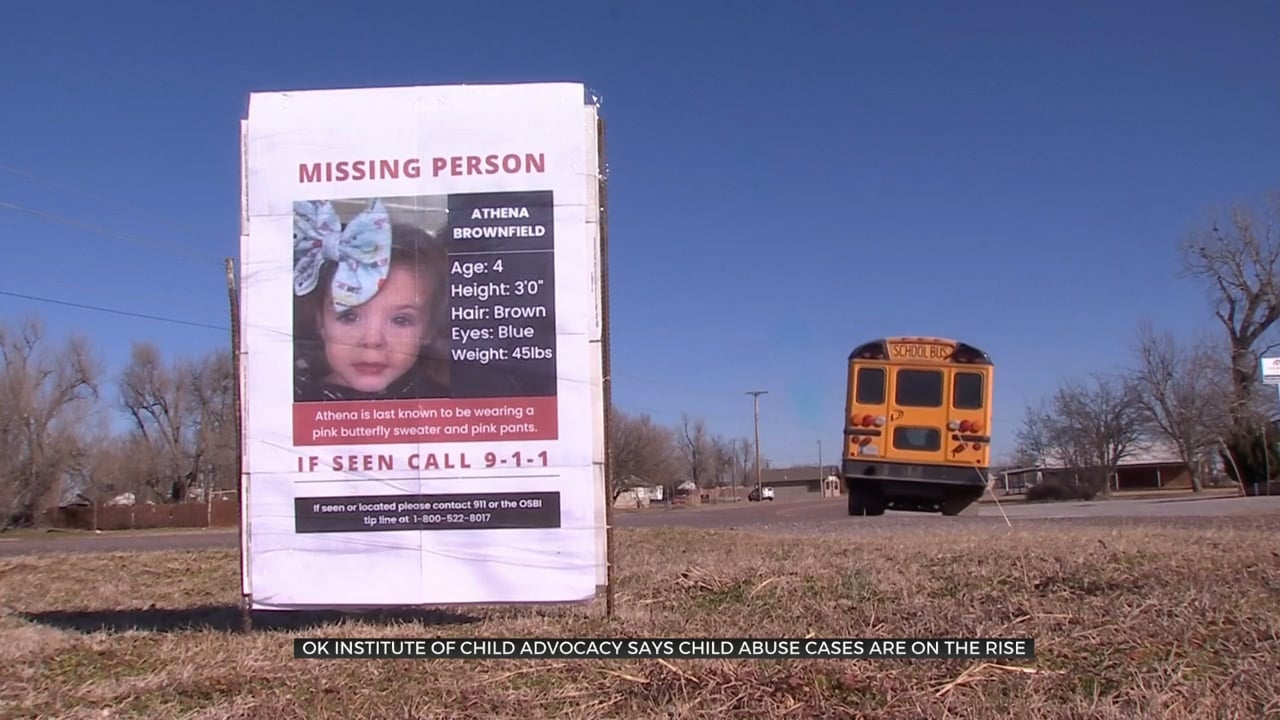 A metro nonprofit is hoping to draw attention to the growing number of child abuse cases following the murder of a young Oklahoma girl. Her caretakers are charged in connection to her death.

Both caregivers are now behind bars at the Caddo County Detention Center. A nonprofit organization said this is just one of many child neglect cases in Oklahoma.

It's been more than a week since the Oklahoma State Bureau of Investigation started an investigation into Athena Brownfield's disappearance. Court documents said a postal worker found her sister wandering alone near her home.

“If it weren’t for that postal worker there’s no telling what could’ve happened to her older sister,” Joe Dorman with the Oklahoma Institute for Child Advocacy said.

The nonprofit said as heartbreaking as Athena's case is, sadly there's more like it.

Abby Patten is an attorney with experience in child neglect cases. She is not associated with Athena's case, but said an issue she comes across in her work is guardianship.

“In Oklahoma, we've had issues in the recent pass of people placing children with individuals whether that be family members, whether that be friends or family without taking the proper legal steps which means there's no court oversight. These children are just placed into homes that no one knows where they're at,” Patten said.

While DHS would not confirm if Alysia and Ivon Adams had legal guardianship over Athena, relatives told News 9 Athena's mother had informally given her daughters to her cousin Alysia. The girls allegedly had never been enrolled in school.

Based off of past cases, Patten said legal guardianship is imperative.

“It provides a legal authority for a third-party individual to get healthcare for these children, to enroll these children in schools, to seek medical treatment. Because that third-party guardian then acts in the place of a parent as if they had legal rights to act as a parent,” Patten said.

A state medical examiner is still working to determine if remains found in Rush Springs earlier this week are of Athena Brownfield.