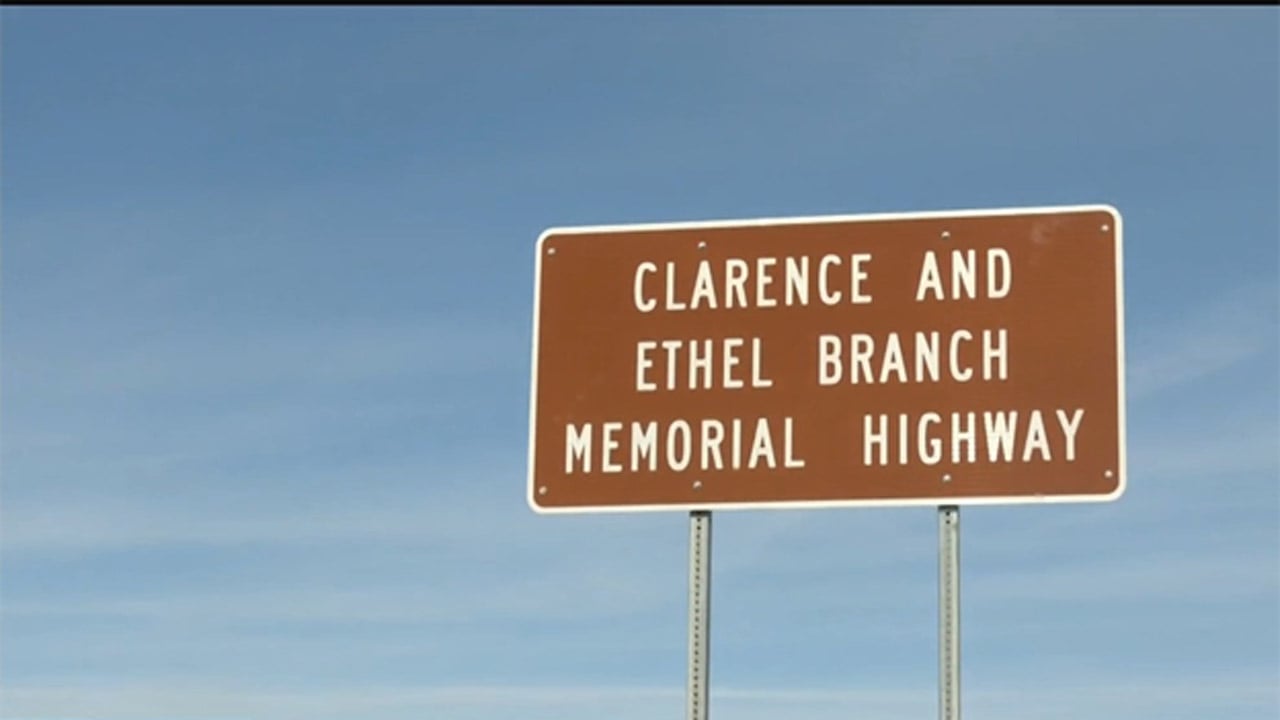 This grass along I-35 wasn’t here when the highway was planned, it was actually the work of Clarence and Ethel Branch.

In 1956 Eisenhower signed the federal highway act to provide funding for the interstate highway system as we know it today.

“They had contracts for obviously building the highway but also for putting the grass along I-35 from Kansas to Texas,” said Stockwell.

“If you think about 1956 and the late fifties, sod, and cutting sod, was really not done,” said Stockwell.

They were given the contract to plant grass along I-35 in Logan County and purchased three farms in the Guthrie area to start growing grass.

“My grandparents ended up being kind of pioneers in the process of growing sod and cutting it, rolling it, and then planting it elsewhere,” said Stockwell.

For their contributions, a portion of I-35 in Guthrie now carries the name Clarence and Ethel Branch memorial highway.

For the family, this was truly a big honor.

“They set up a sign reveal at the First Baptist Church in Guthrie and we had family from all over the country that flew in for this,” said Stockwell.

Stockwell still recalls his feeling of family pride when he first saw the signs.

“I didn’t know what to expect, didn’t know if it was going to be a banner of some kind, no this is a seven-foo by three-foot sign,” said Stockwell.

What does this mean to the family?

Now eventually there will be a QR code on this sign as well as others, so people can actually find out about the Branches and anyone else with a stretch of highway named after them