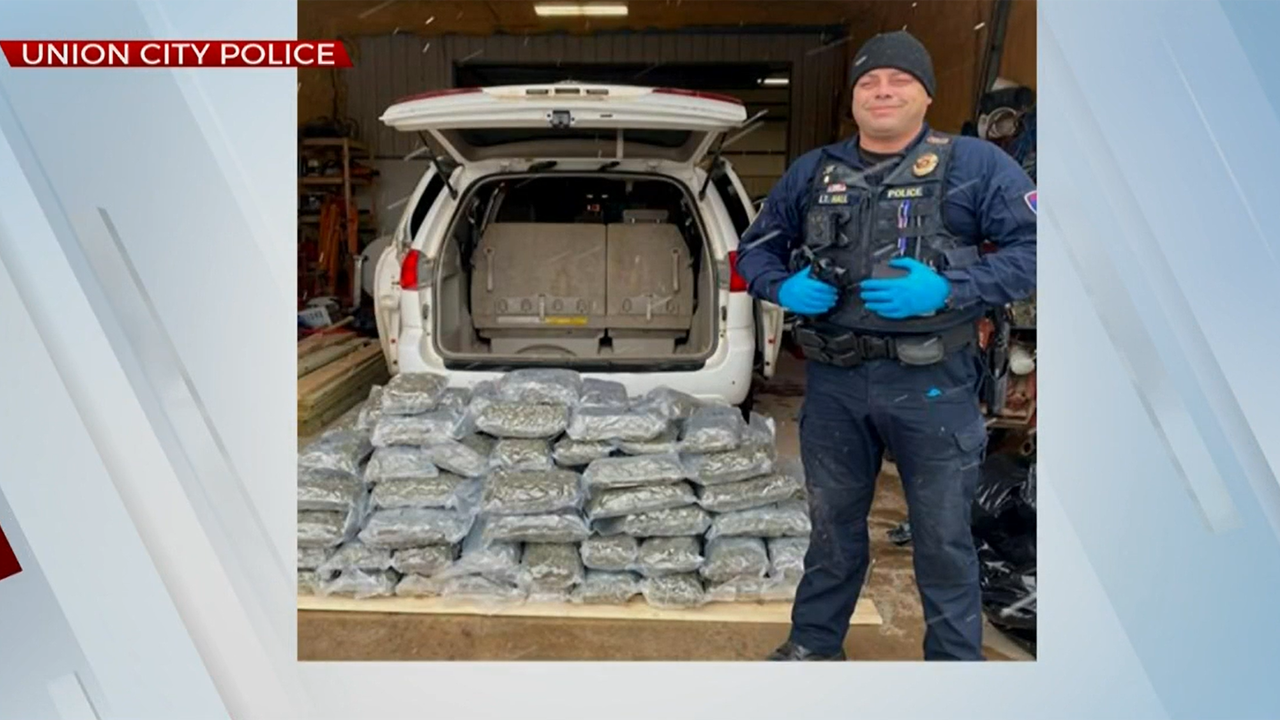 Union City Police arrested a suspect after a traffic stop on U-S Highway 81 after officers discovered he was illegally transporting marijuana.

Officer said, Kae Saetern, 39, was pulled over for a traffic violation when officers noticed large trash bags and a small container of cannabis spilled over on the vehicle's console.

After a search, police then seized over 160 pounds of illegal marijuana.

Union City Police said Saetern was not following any of the OMMA guidelines for transporting such a large amount Marijuana, and did not reveal that he was associated with any legally licensed commercial Marijuana business.

Saetern was arrested and charged with Trafficking Marijuana and booked in the Canadian County Jail.