Proposed Bill: Couples Must Prove They Don't Have STD's Before Marriage In OK 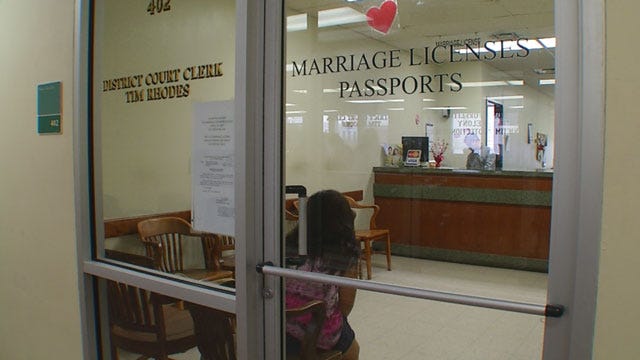 A controversial bill could require couples to prove they don't have certain diseases, including STD's before getting a marriage license. Under this new provision, if a person has a disease that can passed to another person, they basically won't be able to get married in Oklahoma.

Each year many Oklahomans file a marriage license. It doesn't take much, but state lawmakers are working to change that process and to include very personal health information, making what's now private under HIPAA laws public.

“This new law would require you to file with the court clerk the results of this test which the whole world could see,” Attorney David Slane said. “It seems to me that would violate people's real privacy rights.”

It stated the State Board of Health shall require a blood test for the discovery of syphilis and other communicable diseases prior to a marriage license being issued.

“This law says you shall file meaning that that contemplates that they're actually going to take a copy and file it there, and it's going to be a record in the court clerk's office,” Slane said.

Senator Kyle Loveless supports it but said there are some things about the new requirement that need to be tweaked including the instance that someone does have this type of disease. Under the new bill, they won't be able to get married in Oklahoma.

“The way that the bill is written, that is correct,” Senator Kyle Loveless said. “We have to look at that as a society whether we want people who have communicable diseases, they need to know if they have it, and I think this is a mechanism to provide them to do that.”

The bill, however, still has a long way to go.

“I think going through the process I think there are going to be serious questions of the author of logistically how do we go about it to make sure people's privacy is still observed,” Loveless said.

Proposed Bill: Couples Must Prove They Don't Have STD's Before Marriage In OK