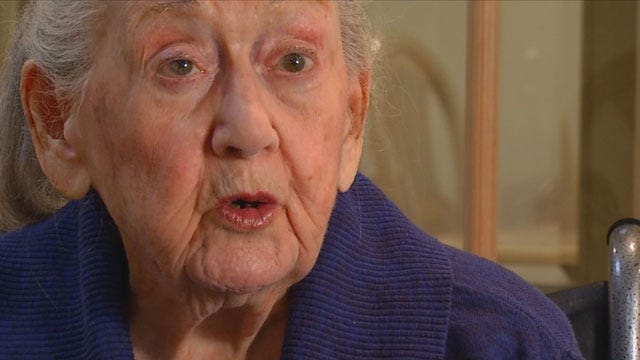 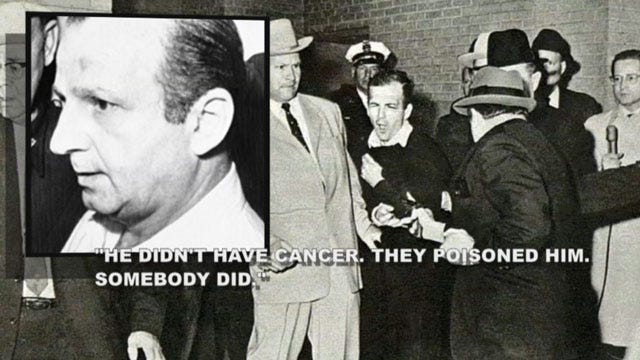 Oklahoma City resident Mary Gray McCoy visited her friend, Ruby, in jail about a week after Oswald was shot. She continued to visit him until a few days before his mysterious death.

When President Kennedy was making his way through the streets of downtown Dallas on Nov. 22, 1963, McCoy was busy working at a hotel across the street from one of Ruby's nightclubs.

"I don't know just what they did in there," McCoy said. "They had entertainers, dancers. I was never in the club."

Now at the age of 100, with a strong long-term memory, McCoy is finally telling her story.

"[Ruby] never cracked a smile," said McCoy. "He was all business."

Several times a week, Ruby would stop by McCoy's hotel to break change after regular banking hours. McCoy says that's how she met the would-be killer.

McCoy was at home watching TV when she saw Ruby shoot Oswald in the basement of the Dallas Police Department. McCoy says she recognized Ruby right away. A week later, jailers she knew allowed her to visit her friend.

"Jack was a different person all together [after he was arrested]," McCoy told News 9. "He was so friendly. He wouldn't mention the shooting or anything bad. [We] just had a normal conversation."

McCoy would visit Ruby behind bars three times. The last visit was right before his death. At that time, McCoy says Ruby appeared to be in good health. Ruby's official cause of death was a pulmonary embolism caused by lung cancer. That's something McCoy doesn't believe for a second.

"He didn't have cancer," said McCoy. "They poisoned him. Somebody did."

McCoy is originally from Medicine Park, Okla. She spent four decades in Dallas before returning to her home state. She is currently living in northwest Oklahoma City.