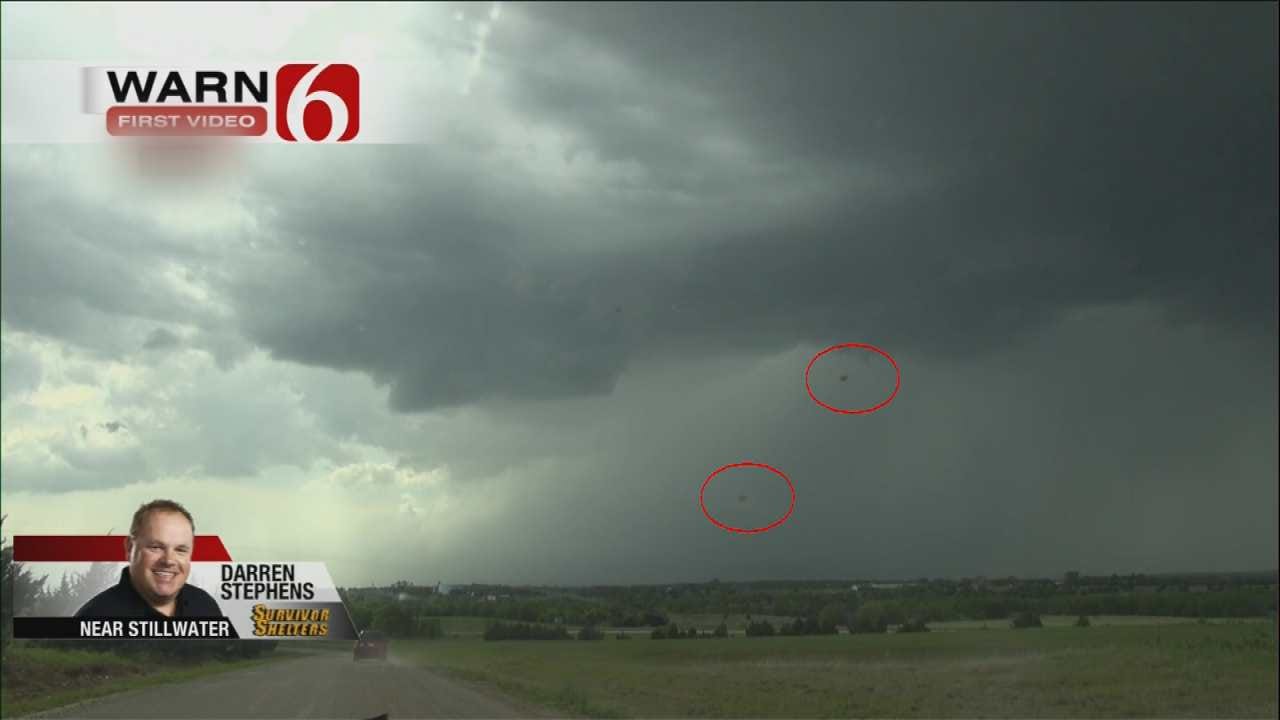 Weather video from one of the News On 6 Storm Trackers is getting a lot of attention on social media, but not because of the meteorological event it shows.

It happened as Darren Stephens was talking with Travis Meyer live on the air near Stillwater on Tuesday at around 5 p.m. As Darren and Travis discussed the storm shown on Darren's video feed, two small black blobs showed up on the screen.

A viewer recorded the exchange and shared the video on social media.

People speculated on Facebook the blobs were everything from aliens to weather balloons. It turns out they were only bugs crawling on Darren's windshield.