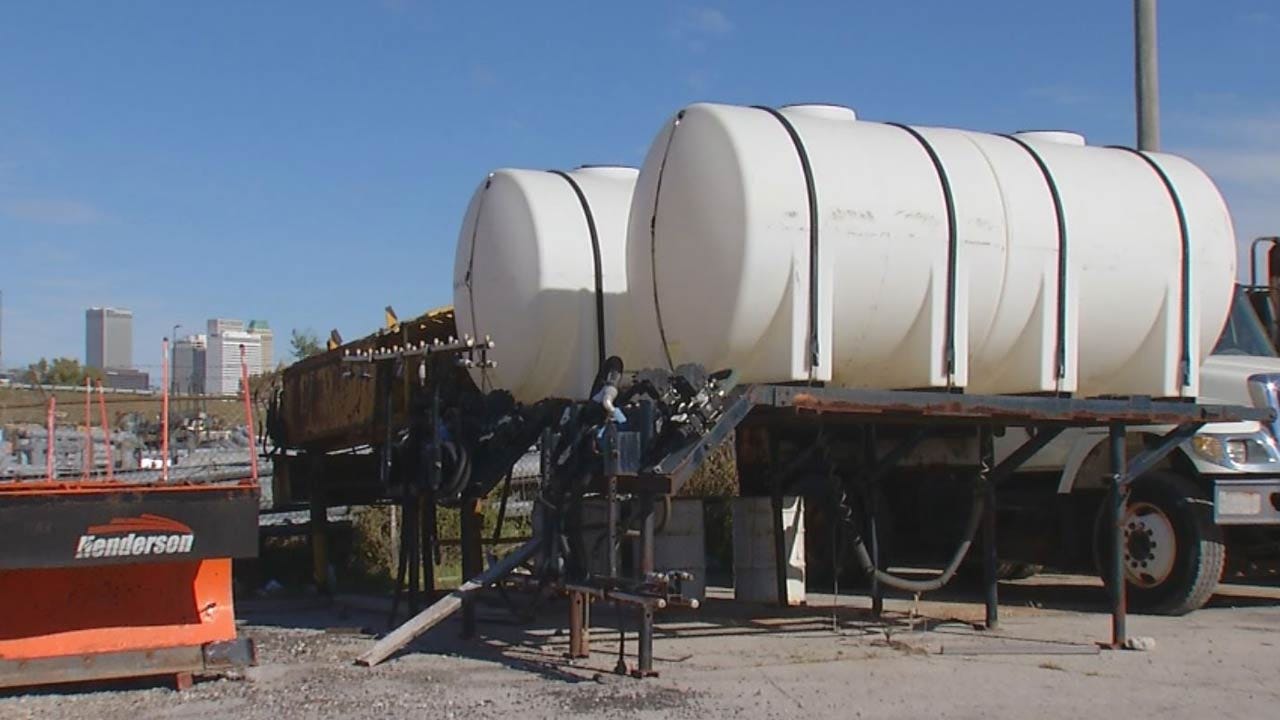 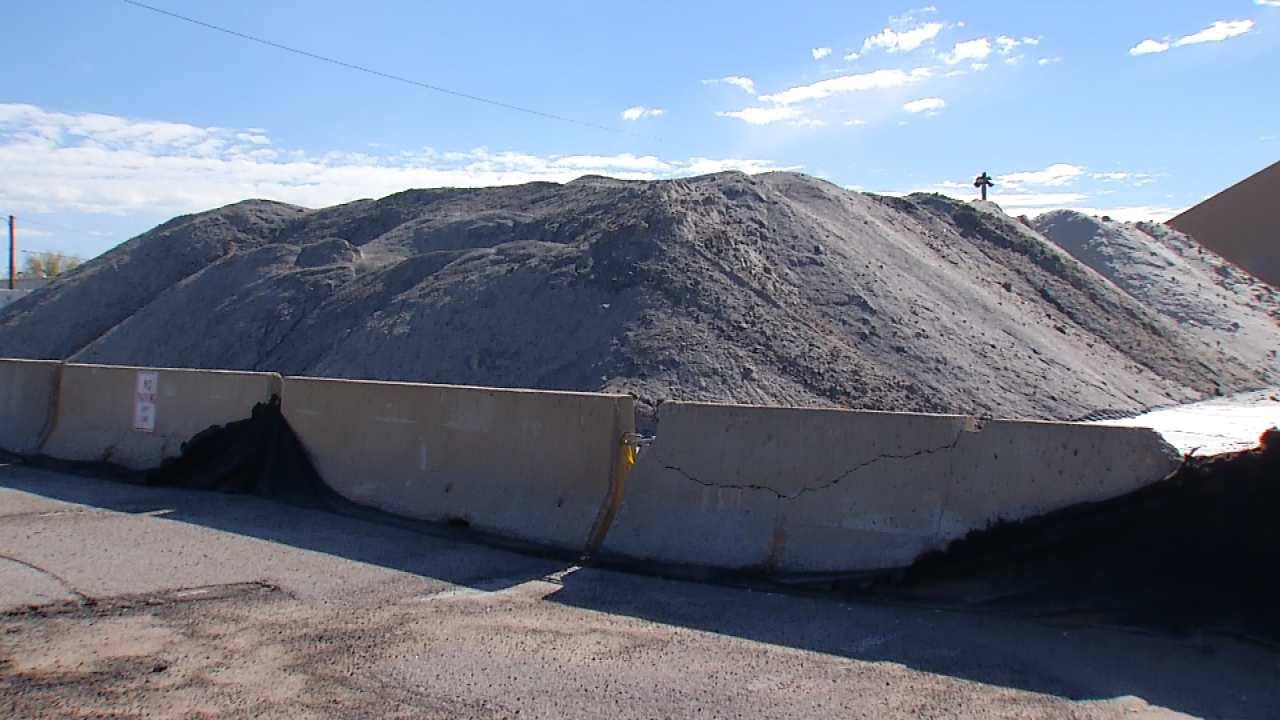 The city of Tulsa says its workers are ready to to start using a salt water spray on bridges before ice and snow falls.

It works like non-stick spray, making it easier to plow.

The city's fleet of dump trucks, snow plows and salt spreaders didn't get much use last year, or the year before, with only a few days of snow.

Part of the savings on equipment cost was plowed into prevention, like tanks that will be used to spray a saltwater brine solution that creates a barrier between the roads and falling ice or snow.

"We're currently equipping one truck, getting ready for the system so we'll be able to go drive and spray bridges and spots, and we're working to find another surplus truck we can covert to a brine truck to handle the other half of the city," said Terry Ball, Tulsa Streets Department.

The method isn't new but hasn't been used in the city in a long time. Instead the city focuses on salting the streets after the snow arrives. In fact, the city uses pure salt.

The sand pile hasn't been disturbed in so long it's filled with weeds. The city stopped using sand because it clogs storm drains and makes streets slippery once the snow melts.

The brine solution is something new.

Terry Ball said, "It's another tool in the toolbox.  When you get into snow and ice there are multiple ways of trying to prevent that from sticking to the surface.  The state has been using brine for a few years and had pretty good luck with it on bridges, so we thought we would try to add some more capability for the bridges in the city."

The city paid $170,000 for a salt water mixer and $18,000 each for two tanks. It believes the system will be in place before the first serious ice or snow event.