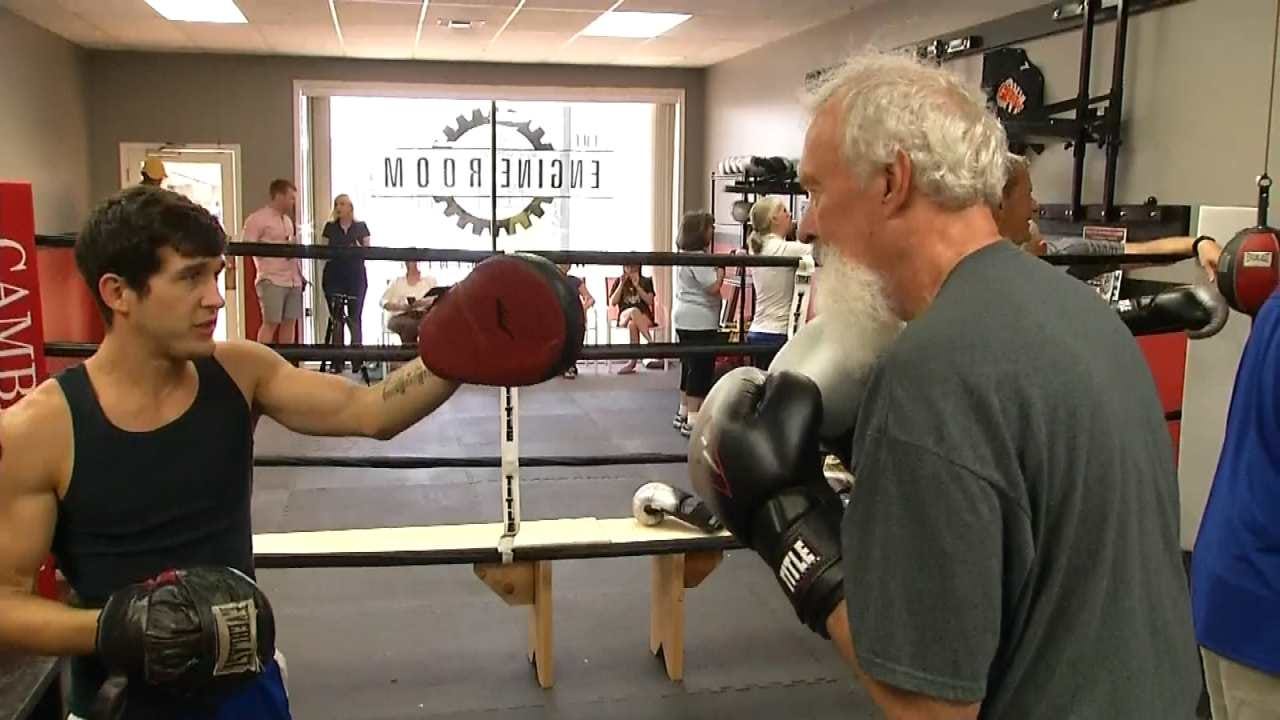 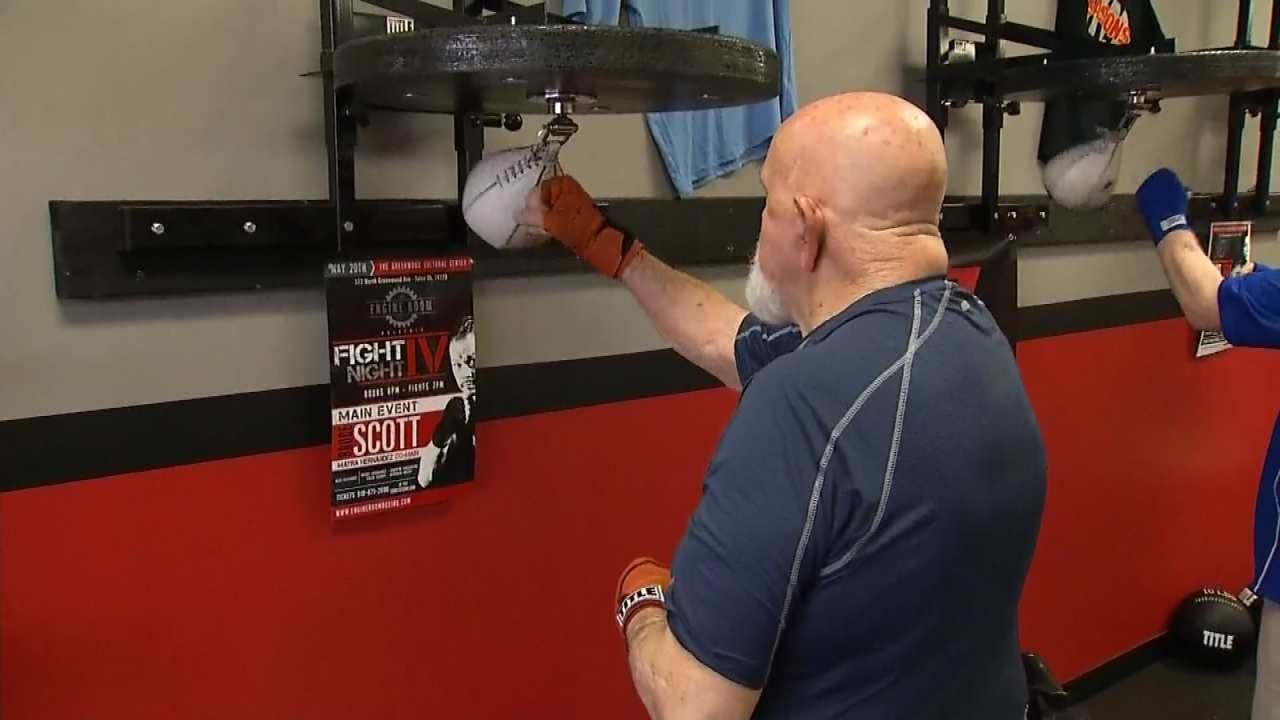 As family laid icon Muhammad Ali to rest on Friday, Tulsans also were remembering the boxer, including a special group of people at a Tulsa gym.

While many believe boxing caused Ali's Parkinson's, we found boxing actually is helping a group of Tulsans fight the disease.

Boxing isn't going to cure the disease, but it is believed to slow the progression. That's the goal at The Engine Room Boxing Wellness Center.

But this group has a different kind of fight in them.

“It kind of gives you a unique perspective when you see these people in here that, quite frankly, work harder a lot of times than some of my fighters do,” Sloan said.

Each person in this class is living with Parkinson's.

And most in this group never thought about setting foot in the boxing ring.

“I do pretty well with these double-end bags,” Silvia Furgason said.

Sloan says exercise in general scientifically has been proven to slow down the symptoms of Parkinson's.

“With the hand and eye coordination, twisting of the hips, rotation of the feet,” he says, is naturally designed for the multiple symptoms of Parkinson's.

“I* think it has given me a little more hope about the future because I'm really counting on it helping me,” Furgason said.

It has helped 80-year-old Joe Hubbard.

He put on his boxing gloves for the first time three months ago.

And already, it’s given him confidence to stand tall and walk more independently.

“Don't give up… stay strong… always look ahead,” Hubbard said.

The Engine Room started the class three months ago and works closely with the Parkinson's Foundation of Oklahoma.

The coaches are certified for this type of training.

The hope is to add more classes for different types of conditions, like autism.