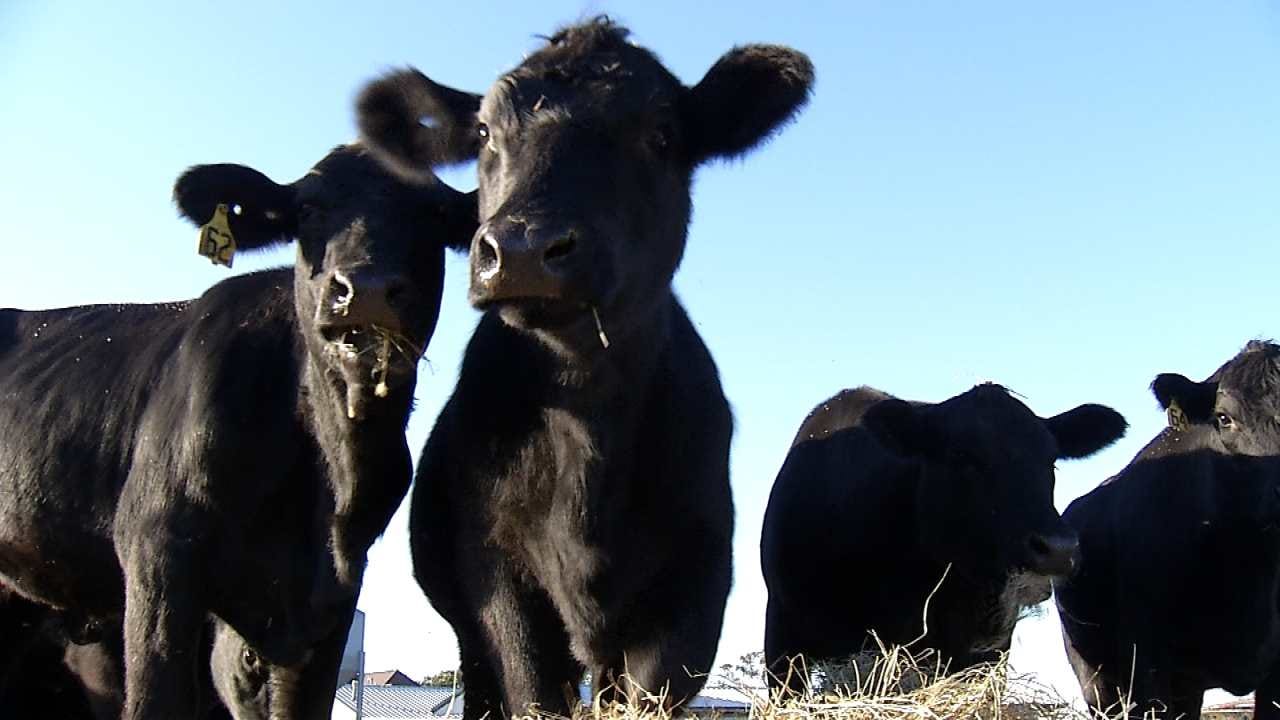 With cattle theft on the rise the past two years in Oklahoma, legislators are weighing stiffer punishments for the criminals, a move that is celebrated by the state's farmers and ranchers.

On Thursday, the Oklahoma House of Representatives passed HB 2504 by a vote of 71-21, another step forward in making those penalties a reality.

"The Oklahoma Cattlemen's Association is very appreciative of Representative John Pfeiffer of Mulhall for patiently working this important bill through the House," OCA Executive Vice President Michael Kelsey said. "We also want to thank all of our members who called into the Capitol in support of the bill the past two weeks. Your efforts definitely helped pass the bill."

Proponents of HB 2504 particularly are concerned with making it possible for prosecutors to charge suspected cattle rustlers with a separate offense for each head of cattle stolen.

Currently, the language of state statutes has tied the hands of district attorneys in a way, and an alleged cattle thief is charged with one felony offense no matter if they take two steers or 200.

“It really just puts it back in the hands of the DA and gives them an option,” OCA foundation and program coordinator Jeff Jaronek said. “It says they ‘may’ charge a person with a separate offense for each animal. And we think that is fair to the property owner and to the prosecutors to give them a choice based on each case. If it is a person the DA has dealt with before, then they would have the ability to take a harsher approach if they saw fit.”

Gone are the days when cattle rustlers were hung in the streets, but it isn’t a crime left behind in the pages of the Old West history books. It is a crime that happens frequently, keeping small teams of investigators in predominantly agricultural states like Oklahoma very busy.

News On 6 previously reported that 1,500 head of cattle were stolen in Oklahoma in 2014. Our story also pointed out that 80 percent of those suspects had drug-related history or also were charged with drug crimes in conjunction with livestock theft.

Citing the 2015 data from the Oklahoma Department of Agriculture, Jaronek said there were 87 cases investigated in the state in 2015, which involved a total of 1,600 head of cattle, a slight increase, but one that has a costly outcome. That's millions of dollars of property loss to Oklahoma's farmers and ranchers.

The original statute addressing livestock crimes was written in 1910, Jaronek said, and it has been updated several times since. The last remodel, however, was nearly two decades ago.

That increasing cattle market value, coupled with the fact that livestock thieves are getting bolder and often flipping and selling off their stash quickly, raises the stakes, ranchers believe.

“These are people’s livelihoods, and even more than that,” Jaronek said. “A rancher puts in a significant amount of time, money and resources into each animal … If you raise a heifer from birth, by the time you have gotten calves out of them, not only would a thief be stealing the genetics you’ve worked years to develop, but they are stealing the future years of production she has left. It will be three years before you can recoup the loss from one cow.

"This isn’t like stealing an iPhone or laptop; livestock theft is not a crime of convenience. It is a meticulous, thought-out, premeditated crime that requires a person to have equipment to carry out the theft and a place lined up to take the animals.”

OCA representatives also point out that while livestock theft isn’t always a violent crime on its face, it is possible for it to become violent in nearly every case.

“The majority of the thieves are caught with loaded firearms on them,” Jaronek said. “It has the potential to turn violent in a hurry.”

HB 2504 also tightens up some of the previous language in a minor way, but the penalties -- prison time and fines -- remain the same. A conviction for felony livestock or husbandry theft already is punishable by a prison term of at least three years and no more than 10 years, and/or by a fine in an amount that is equal to three times the value of animals and machinery that were stolen, not exceeding $500,000.

The bill addresses other livestock and not just bovine. Also named as punishable by the above means is the theft of any equine or swine.

The conviction for stealing a dog, sheep or goat is mentioned in the bill as well. It is punishable by a lesser term – six months minimum and three years maximum in prison – with the same monetary penalty as for cattle and horses.

HB 2504 now moves to senate committee. Then, OCA hopes, the language will move to the senate floor for a vote and become state law by Nov. 1.

OCA is urging Oklahomans to call their state senators to express support of the language changes in the law. [Search for your state senator here]