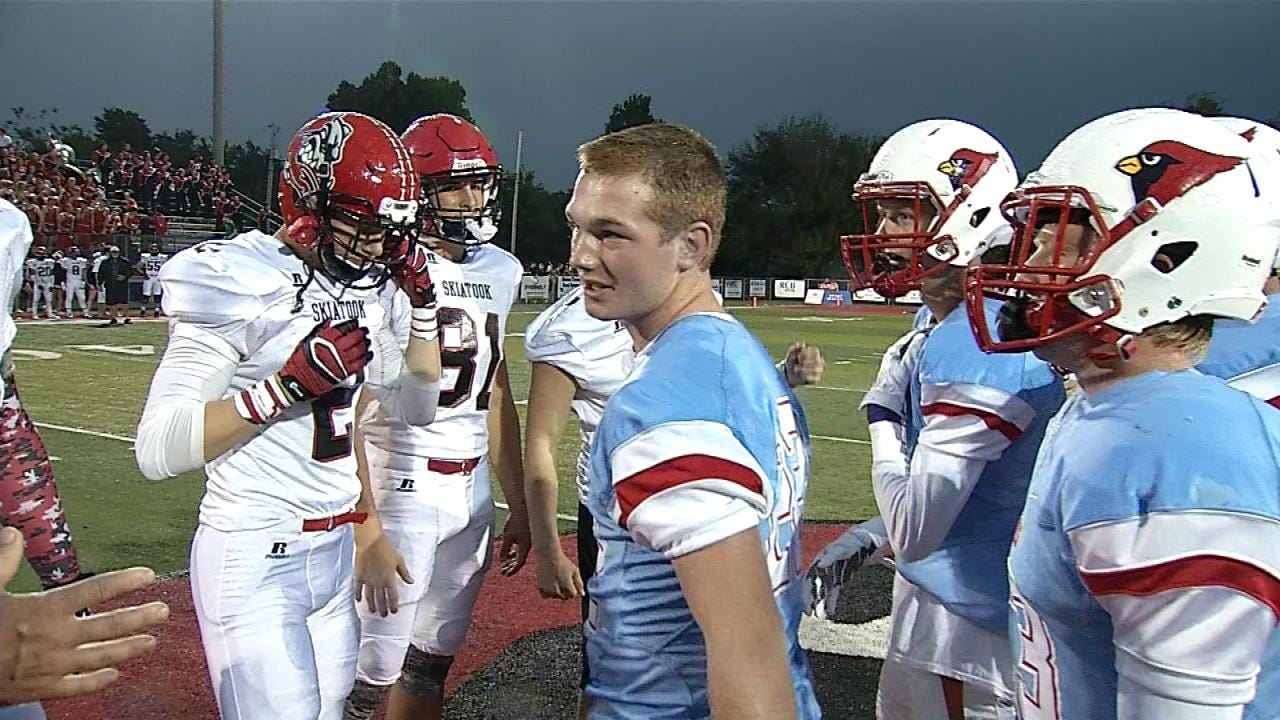 There are great, old standing rivalries in this state. Some, like Union-Jenks, are played twice in a year. And this year Skiatook and Collinsville get a playoff rematch. Their Highway 20 rivalry is in new territory with a state championship berth on the line.

“It’s perfect; that’s what it is. It’s an absolute perfect situation to play them again,” said Collinsville coach Kevin Jones.

Both teams have improved greatly from Week 3, so I don’t think it’ll be the same type of game.

“If you can’t get up for this game, something [is] wrong with ya,” joked Skiatook coach Vice Miller. “It’s exciting to be in this spot and it just happens to be Collinsville.”

The score of the last matchup between the two teams was 13-10. It’s typical for these two teams to play tight games. Five of the last six have been decided by eight points or less.

The Cardinals came into the season relying on a talented defense, but the other side of the ball has developed.

“Our offense has improved all over, like [Seth] Boomer’s gotten better, our offensive line has improved by a lot [and] our receivers are catching the ball,” explained Collinsville safety Tyler Forrest.

While Collinsville has gotten a boost from beating the No. 1 team in the state, so has the team nine miles apart from them. Skiatook’s got senior Stephen Upton back after a knee injury he suffered in the summer and he’s made an immediate impact.

“Couple weeks after surgery they made me realize that I could really do this, and have a chance to come back for playoffs and now that I’m here. I’m just happy to help this team,” Upton stated.

“He was involved even when he was hurt, but he was with us the whole time, back to our theme, ‘power of one,’” Miller added.

The undefeated Bulldogs have given up 11 points per game and Collinsville has given up 16, so expect another close matchup on Friday night.