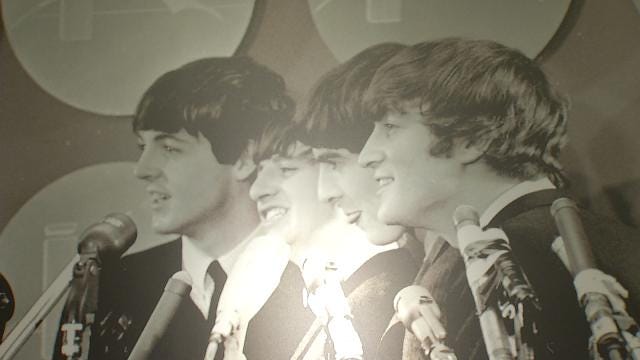 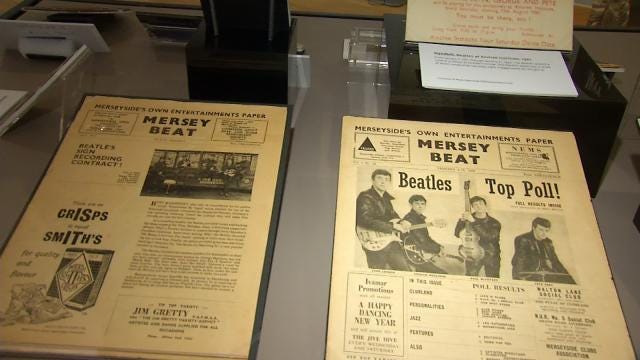 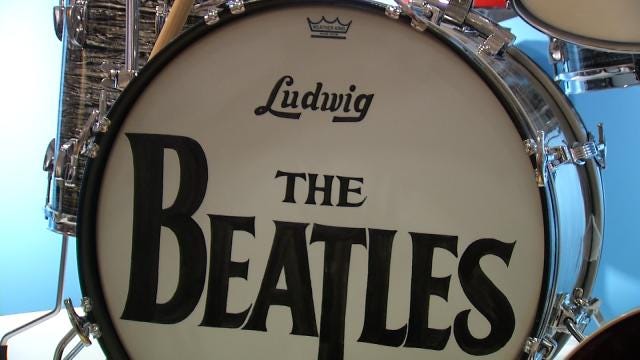 A fantastic new exhibit of Fab Four stuff that's about to open at the Woody Guthrie Center in Tulsa's Brady Arts District shows that the Beatles are a legendary music group, no matter what era you're from.

The band made their U.S. debut on February 9th, 1964 on the Ed Sullivan Show; 73 million people watched that night.

It was opening night in America for a band that inspired new ideas in music, fashion, art and even politics.

“We got together about eight years ago and thought, there's all these exhibits on Barbie, and the Titanic, and Princess Di's dresses, why isn't there an exhibit on the most iconic rock band in history," asked Beatles collector, Chuck Gunderson.

He and his Beatles collecting partners got together with the Grammy Museum and well created Ladies and Gentlemen…The Beatles!

If you are a fan, or once were a fan, there's so much to see - like a play list from one of their shows in Liverpool, back home; before they had their own hits to play they were a cover band.

"It's all their heroes, you know, it's Buddy Holly, it's Elvis, it's Little Richard and the Everly Brothers," Gunderson said.

He's got copies of newspapers from the first time the Beatles names were ever in print.

"They even spelled Paul's name wrong," he said.

“See Paul McArtrey,” a similar thing happened in the U.S. too, at Carnegie Hall in New York, they listed 'John' McCartney.

There's so much to see at this exhibit; Paul's jacket from the Shea Stadium show in '65, plus, photographs, tour artifacts, records and an interactive drum set that lets you take a lesson from Ringo.