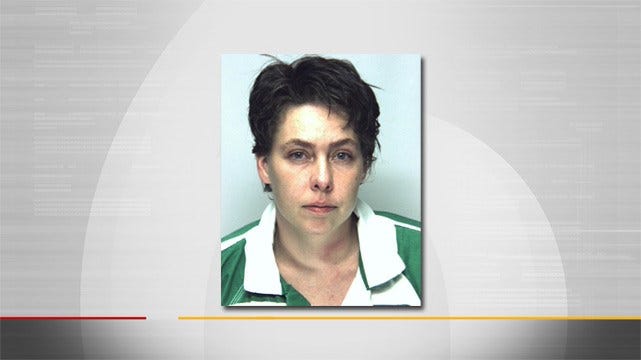 The Oklahoma State Bureau of Investigation is investigating a woman for child neglect after they say she medicated her children with cattle wormer and flea and tick treatments.

Sonia Kubisak, 34, was living in tents with her seven children in rural Pushmataha County earlier this year. The children range in age from 7 to 17 years old, OSBI said in a Friday news release.

The children were “assessed by a local nurse practitioner who diagnosed the children with multiple illnesses closely associated with neglect and malnutrition. That medical professional then notified the Department of Human Services about the child neglect,” the release says.

The family's camp included an area covered with toilet paper, human feces, a makeshift shower and sacks of rotten animal feed, according to OSBI.

Kubisak told agents she and her children lived in the tents from March-August.

After an investigation was completed, Kubisak was charged on Dec. 17 with seven counts of child neglect. She was arrested in Tionesta, Pennsylvania, on Thursday and is currently held in the Warren County jail awaiting extradition back to Oklahoma.

The children are in full-time guardianship.

That is all the information the OSBI has released about the case at this time.