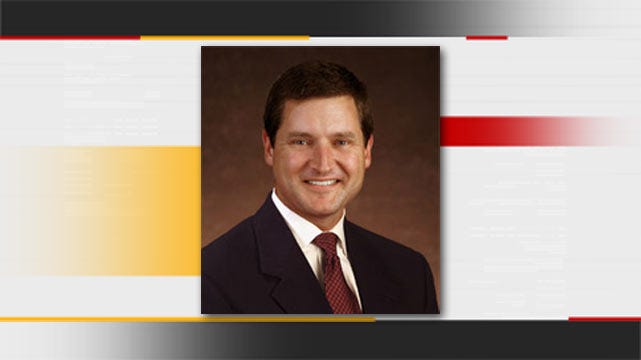 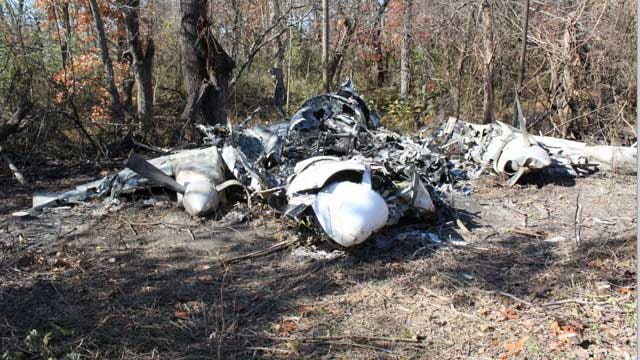 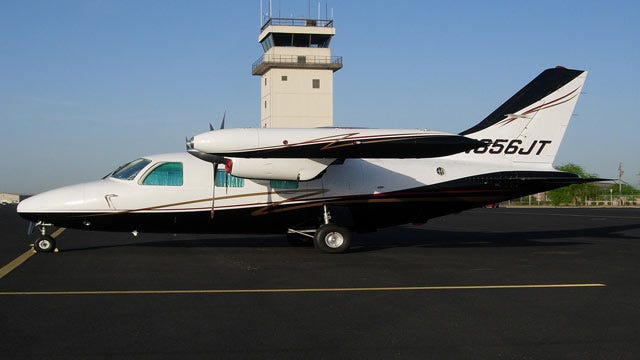 The family of Dr. Perry Inhofe filed a wrongful death lawsuit Tuesday in the wake of the 2013 plane crash that killed him.

Dr. Inhofe was flying a twin-engine Mitsubishi MU-2B-25 which he had recently bought when the plane crashed in Owasso on November 10, 2013 as it approached Tulsa International Airport.

Inhofe, 51, was an orthopedic surgeon and son of Republican U.S. Senator Jim Inhofe.

In its final report on the crash, released in October, the National Transportation Board listed the cause of the crash as follows:

"The pilot's loss of airplane control during a known one-engine-inoperative condition. The reasons for the loss of control and engine shutdown could not be determined because the airplane was not equipped with a crash-resistant recorder and postaccident examination and testing did not reveal evidence of any malfunction that would have precluded normal operation."

William Angelley, a Dallas-based attorney who specializes in aviation law, says the NTSB got it wrong.

"The NTSB missed this one," he said in a news release.

Angelley, who flew helicopters in the U.S. Navy before beginning his legal career almost 20 years ago, said the cause of the left engine failure is clear.

"My investigators found it within thirty minutes. Plus, it's right there in the NTSB's own data. If they didn't see evidence of the malfunction, they either weren't looking or didn't know what they were doing."

Angelley filed a wrongful death lawsuit in Tulsa County on Tuesday, December 9, 2014 on behalf of Inhofe's wife and two sons.

The suit names as defendants Honeywell International, the manufacturer of the engines; Landmark Aviation Services and Standard Aero, which it says did work on the engine that was shut down; and Intercontinental Jet Service Corporation, which is says had reinstalled the engine on the airplane.

According to the NTSB, the FAA requires pilots who fly the MU-2B to get special training and have a certain level of experience. The FAA adopted those requirements after a number of crashes involving MU-2Bs over the years.

The NTSB said Dr. Inhofe had purchased the MU-2B in September of 2013 and completed ground school the week before the crash at Professional Flight Training in Salina, Kansas. He then completed training flights in the accident plane that week, according to the NTSB.

Dr. Inhofe had performed a single-engine landing on the morning of the accident as part of his training, according to the NTSB and the accident flight was the first time he flew the MU-2B alone.

The NTSB says Inhofe had a total of 2,874 flight hours, with more than half of those in multiengine airplanes.

The investigator interviewed three pilots who'd flown with Dr. Inhofe in the months before the accident. Although interviewed separately all three pilots described him as a very good aviator who was studious and modest about his pilot skills. None of them recalled him displaying any negative or bad flying habits.

Angelley disputes the NTSB's statement that the airplane should have been flyable on one engine. He says the left engine failed after the airplane's landing gear and flaps were extended. "That set up an impossible situation for Dr. Inhofe. Virtually no one could have recovered from that. There is simply too much drag and not enough power."

Read the NTSB's Probable Cause report.

The NTSB says a ground controller cleared Inhofe to land on runway 18L, meaning it was landing to the south on the main runway. The controller also instructed the pilot to reduce his speed to 150 knots.

Inhofe acknowledged both instructions, according to the NTSB, but then his plane started to make a left turn. When the controller asked Inhofe about the unexpected turn, Inhofe radioed that he had a control problem.

When the controller saw that the turn was continuing, he cleared Inhofe to maneuver to the west and asked if Inhofe needed assistance. Dr. Inhofe  told the controller his left engine was shut down, according to the NTSB.

The controller declared an emergency for the pilot and asked how many people were on board and how much fuel the plane had. The controller received no further communications from the pilot.

The NTSB says radar indicates the plane made a 360-degree left turn about five miles from the north end of the runway and then contact was lost.

Witnesses told investigators they saw the aircraft making the turn with its landing gear extended and the propeller on the left engine not turning. They reported seeing the plane make a right turn, then a left turn and then a steep spiral to the left as it disappeared from view.

The lawsuit asks for a jury trial, but according to court records no date has been set.