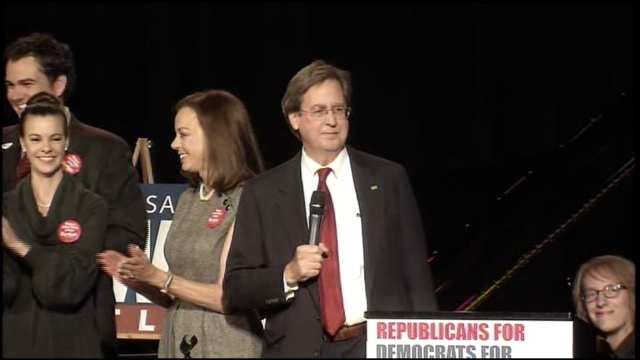 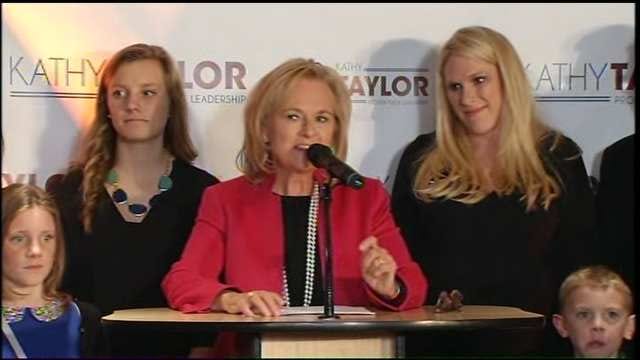 The first non-partisan election of its kind turned into the most expensive in Tulsa's history, and all that campaigning paid off for incumbent Tulsa Mayor Dewey Bartlett.

Mayor Dewey Bartlett's held the city's top spot since 2009. He touted his economic record during the campaign and took credit for unifying Tulsa.

Bartlett gathered his supporters at the Oklahoma Jazz Hall of Fame to watch the results come in. The mayor took the stage just after 8 p.m. and announced that his opponent called to concede the election.

He has said throughout the campaign that he was confident he would win.

"Well, it really is very humbling, because it's the first time in now 14 years, that we have an opportunity to - and have now - return a mayor to a second term in office," Bartlett said. "So now, the confidence that the public has given me has really energized me. Certainly, a mandate occurred, from the vote, but now we have a lot to do, continuing on what we've accomplished--job-getting - I want to continue to be the job-gettingest mayor this city has ever seen - and all of the things that we've accomplished."

Tulsa has never seen a longer or more expensive mayoral campaign. Bartlett said he was relieved to see it end.

"Not only for us and everybody involved in the campaign, but for the citizens of Tulsa, as well. This is just too long, and I'm really going to approach the council, that we need to have a small group put together to come up with an alternative. This really is too long, and it's unnecessary. If we can shorten it down to two, three, four months, I think that would benefit everybody," Bartlett said.

And Bartlett brought out his harmonica to entertain supporters, as well, Tuesday night.

Former Tulsa mayor Kathy Taylor was fighting to get her old job back. She campaigned on her record of downtown development and said she kept the city afloat during the recession.

After giving her concession speech, the former mayor told supporters she believes the honest and open discussions that were brought about in this election, regarding crime and accountability, will benefit Tulsa moving forward.

Taylor also talked about her passion for education and said the city's future weighs heavily on that.

Taylor said helping Tulsa children learn to read and education is what she will pour her energy into now. She said she's already signed up to be a reading tutor with a national program that's being offered to Tulsa kids called Reading Partners, and she asked all her volunteers and supporters to do the same.

"That is how you attract good jobs, it is how you make a safe city, it is pivotal to a city's economic future, so I will always raise my hand for education. It is the game-changer in our city.

Taylor not only put a lot of energy into her campaign, she also put in about $3 million of her own money. When asked if it was worth the investment, she said absolutely, because of the dialogue the campaign brought about. Taylor hopes to continue to have a voice for the city.

She said, when she called Dewey Bartlett to congratulate him on his win, she offered to help his administration in any way she can.

Supporters said they were surprised by the 10-point margin between the two candidates.