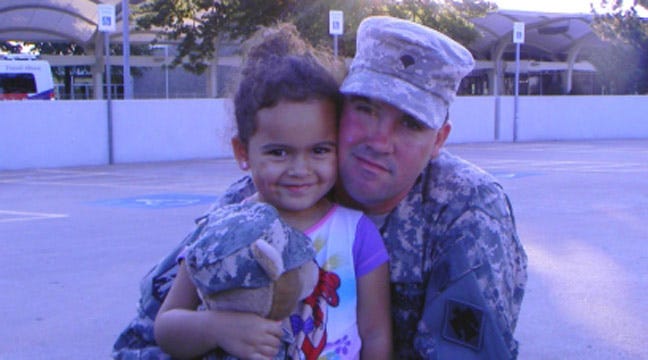 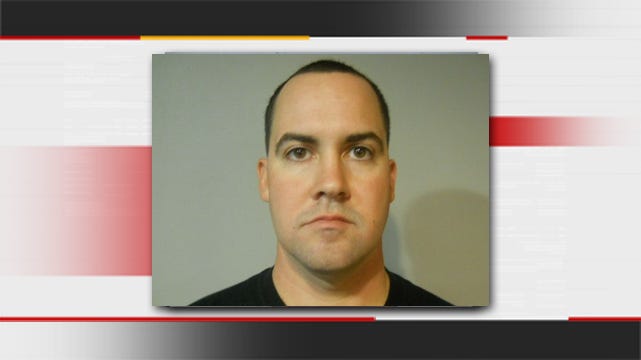 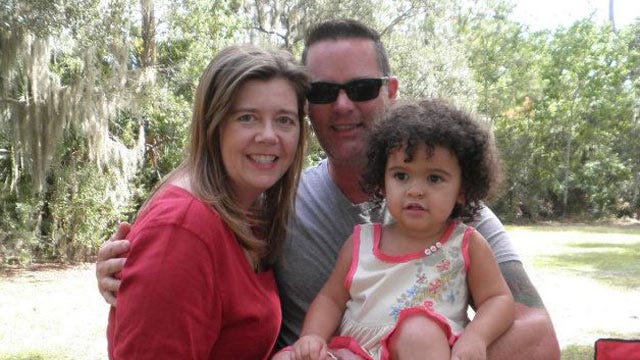 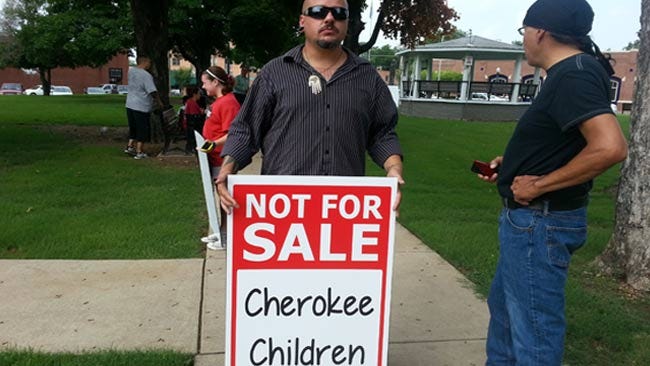 A surprise development in the custody battle over 3-year-old Veronica Brown came Monday.

Her biological dad, who is fighting to keep custody, turned himself in to authorities on a South Carolina arrest warrant, after missing an emergency hearing called by an attorney representing the girl's interests.

This came as Dusten Brown returned to Oklahoma after being released from National Guard training, so he could go to the hearing.

First, word came that Dusten Brown wasn't there for the closed door hearing. Then came an announcement shocked everyone.

"We have been informed this morning, that Dusten Brown has turned himself in to Oklahoma authorities," said Chrissi Ross Nimmo, Assistant Attorney General for the Cherokee Nation.

A South Carolina judge ordered Brown to bring Veronica to court mandated transition meetings with Matt and Melanie Capobianco as part of turning over custody to the couple. But Brown didn't attend those meetings, because he was on two weeks of National Guard training in Iowa.

So, a custodial interference arrest warrant was issued.

Critics argue that was premature, since his legal options to keep custody of his daughter haven't run out in tribal and Oklahoma courts.

"That's our baby, that's our man, that's our guy," said Brown supporter JP Johnson. "That's our people. We can't be nowhere else, we have to stand up for them. If we don't nobody will."

The National Guard released Brown from training to be at the hearing, but he turned himself in to authorities in Sequoyah County instead.

Many of Brown's supporters say the arrest warrant and South Carolina's decision to give custody of Veronica to the Capobiancos are both wrong.

"They're a daughter and father and they deserve to be together," said Kathleen Wesho-Baur.

"I hope we stand up and fight all the way to the end, and the end result, she ends up at home with her dad and with her family, the way she's supposed to be," Johnson said.

Dusten Brown posted bond and has another court hearing in 30 days. He has refused extradition to South Carolina.

Veronica remains with his parents and his wife.

There are still several things that could happen in this highly emotional custody battle. Oklahoma could still get jurisdiction away from South Carolina. Also, Veronica's paternal grandparents could still try to adopt Veronica under the Indian Child Welfare Act.

Meanwhile, Veronica's adoptive parents have some harsh words for Dusten Brown and his family.

The South Carolina couple wants her back and they're using words like "kidnapped" and "Amber Alert" to describe the ongoing battle.

At a news conference Monday in South Carolina, they accused the Browns of holding Veronica captive and said "with every passing hour, we fear more and more for her safety."

The Capobiancos say the last 523 days without Veronica have been excruciating, but that they abided by the court's orders, and now they're asking the Browns to do the same.

Matt Capobianco said, "the legal games are over. No more games, no more excuses."

He also said he will board a flight to Oklahoma Monday to get their adoptive daughter if nothing is done, and ended his statement with, "Veronica, daddy's coming."

"We have been all about working together, doing what's right for Veronica. Our extended hand of love has been slapped away and the judicial system has been spit on by those who are holding our daughter," Matt Capobianco said.

"If anything should happen to our daughter while she's being left in the hands of those holding her captive from us, the responsibility will be shared by many," Melanie Capobianco said.

The Capobiancos are asking the U.S. Attorney General, the head of the FBI, as well as both Governor Mary Fallin and the Governor of South Carolina to take action to return Veronica to them.

Dusten Brown's wife, Robin, said Veronica is safe, at an undisclosed location with her grandparents.

Robin spoke with News On 6, and said she doesn't think Dusten is doing anything wrong.

"In my eyes he's not breaking the law. He's standing up for his daughter and fighting for the right to raise her. And no parent should have to do that - ever," she said Saturday.