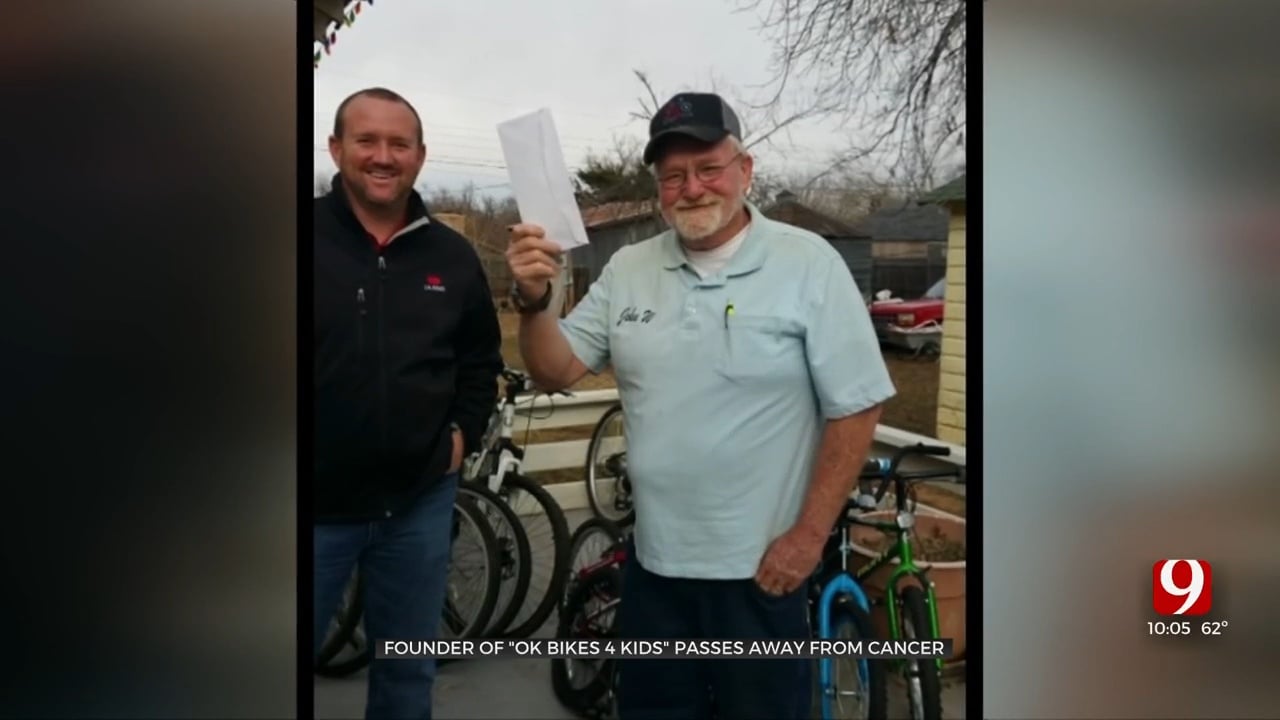 A man that made it his mission to give opportunities to children through transportation has passed away.

The family said John Ballard might have lost his life battling cancer, but he's still a winner to them and the thousands of people he's helped over the years.

“I mean you could be having the most horrible day and he would just motivate you,” said David Ballard, John’s son.

Ballard remembers his father, John who many people knew as the “Bike Guy.” The founder of a nonprofit that repairs and gives away bikes to kids for free.

Ballard spent more than 20 years working on bikes out of his home dedicating his life to putting a smile on other's faces. He was there for the smallest victims of the deadly Moore tornado in 2013.

His love for giving back stretched beyond Oklahoma, helping those in need in places as far as Africa.

“I think they gathered I know it was between 300 or 500 bikes that they loaded in the ConneXus and shipped,” said Ballard.

Ballard said his father may be gone, but his legacy lives on.

The annual Christmas bike giveaway is coming up. Ballard said now isn't the time to slow down.

“I think we might break the record this year on what we've accomplished,” said Ballard.

Ballard said the last lesson his father taught him was love. Although hearts are heavy now, he thinks of how much love his father gave and his goal is to continue that in his honor.

“He was a dad to everybody,” said Ballard.

You can visit OK Kids 4 Bikes Facebook page for more information on how to donate to the Christmas giveaway.