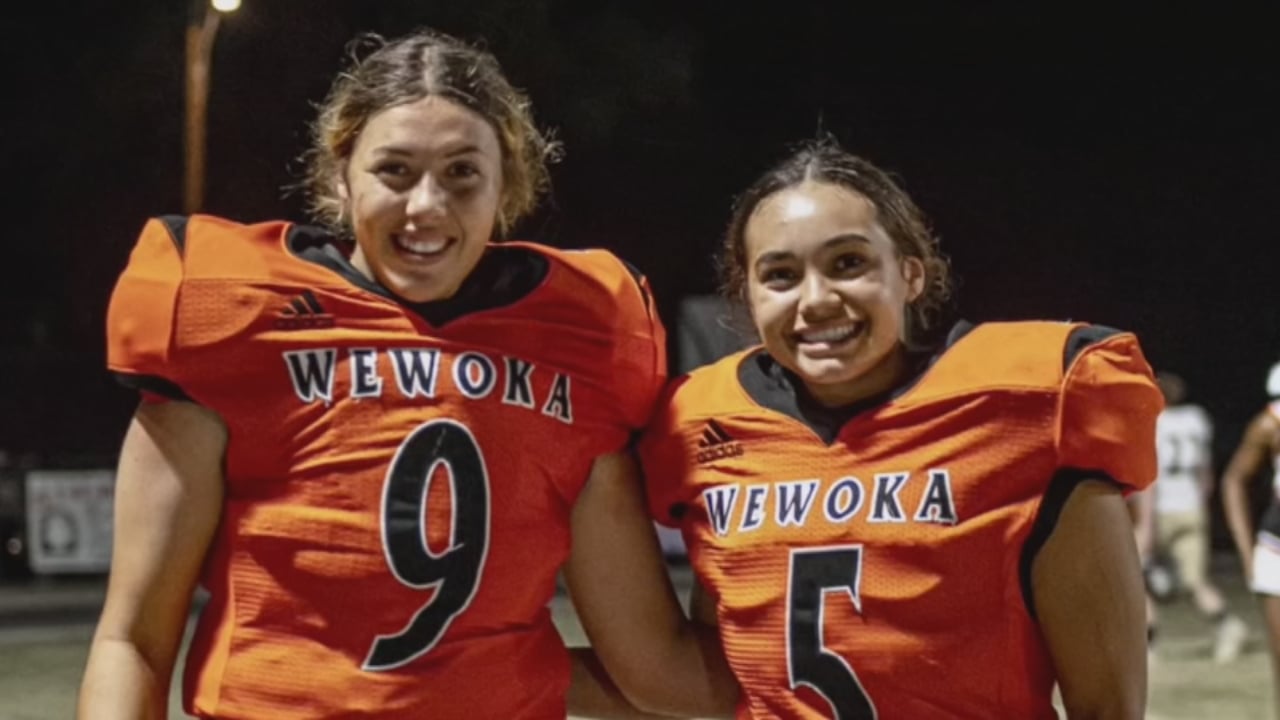 Two senior girls stepped up and suited up for their football team to keep Wewoka High School from forfeiting the game.

The girls playing has been the talk of the small town and is getting national attention. The head football coach told News On 6 if the team would have forfeited last Friday’s game, the school would have been out of the playoffs. The young ladies stepped up just in time to be eligible to play for their team.

The Sept. 23 game at Wewoka High School would not have happened if it were not for two new players: The kicker Natalie Davis, and Callie Ramsey, who played special teams and cornerback. Wewoka found out Monday the team was short of players due to eligibility.

Seniors Natalie and Callie finished their softball season the week before, so on Tuesday, they volunteered to play football and started practicing.

“We understood their problem of not having enough players because we played most games with eight players, so it was kind of hard and we understood,” said Callie.

Head coach Bryan Couch said the school has 185 students and football games must start with at least 11 eligible players.

“We worked through the OSSAA, and they said their softball season would count as their heat acclimation, and we had enough days to get them a padded and an unpadded practice in,” said Couch.

The girls stepped up at the perfect time.

“They were a little nervous at first, but I told them, ‘Hey, go out there and have fun. You cannot do anything wrong,'” said Couch.

Natalie and Callie said the boys made them feel part of the team, and they are overwhelmed by the support from all over. Although Wewoka lost to Mounds 47 to 14, the Tigers are left with a moral victory and this message.

“No matter what, just work as hard as you can because these boys didn’t have to play with us, but they just gave it their all, and we gave it our all,” said Natalie.

So, will Callie and Natalie keep playing football?

“I’m going to think about it, but I’m not sure yet,” said Callie.

“They asked me to be the start-off kicker, so I think I’ll play,” said Natalie.

Wewoka’s next game is this Friday at Hartshorne. Couch said the team should have enough players to take on their opponent with or without the girls.