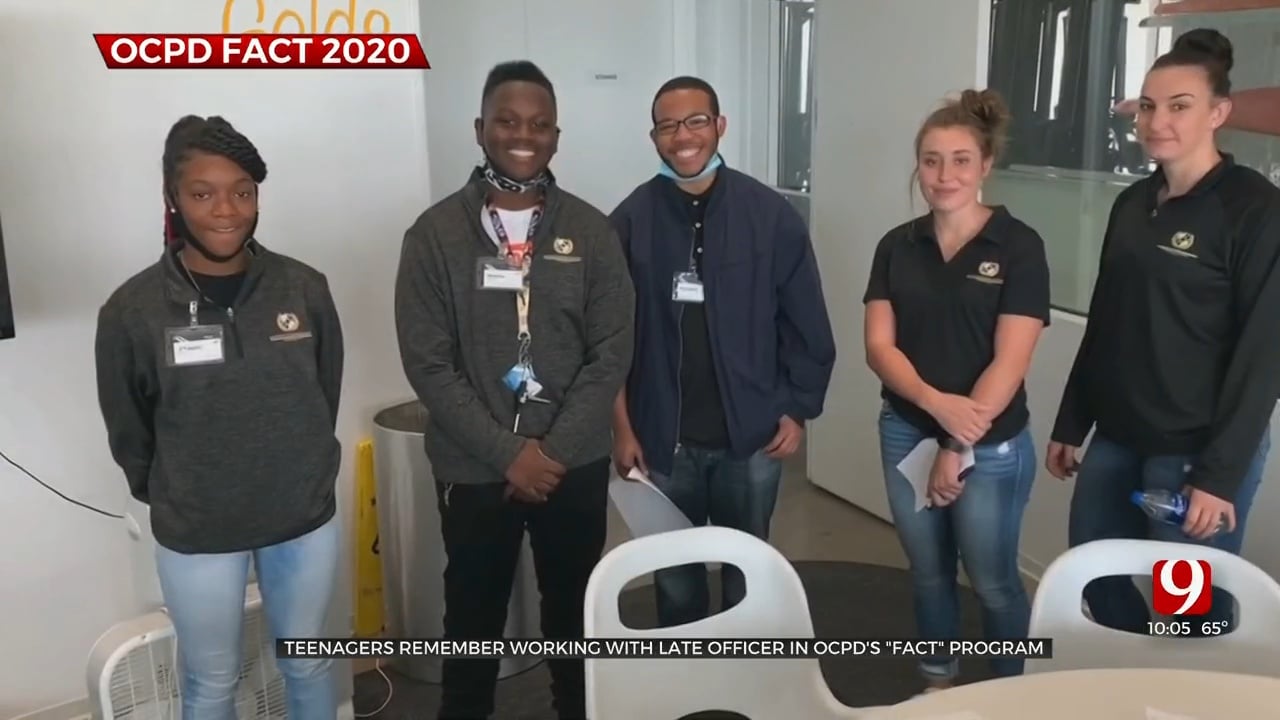 People are mourning the loss of Oklahoma City police sergeant Meagan Burke. Burke was killed in a crash Thursday night on her way home from work.

She not only served on the force, but she helped mentor kids in the community as well. Two Langston students said what they loved the most about her was her work with the FACT program.

They said Sgt. Meagan Burke her death comes too soon.

“I was like in shock and in disbelief when I first heard it because you know she was so young so full of life,” Elise Thompson said.

“It's been really hard to just you know put on a smile you know and be in front of everybody's face today,” Thompson said.

With heavy hearts, Elise Thompson and J'Taelii Heath remember the impact she left on their lives and other teenagers.

They both said they were shy in the beginning.

“She was one of the first officers who approached me and made me feel comfortable in the program,” Heath said.

They said Burke helped them get out of their shells.

“So, whenever I start getting shy and getting anxiety I just think back to Meagan,” Thompson said.

FACT stands for The Family Awareness and Community Teamwork. The girls said the OCPD program helps bridge the gap between officers and kids in the community.

“A year before I was born my uncle had passed from police brutality and then we also had the black lives matter around the time I was applying. A lot of people was having a negative outlook on officers,” Heath said.

“I realize that you know when I get pulled over I should necessarily be afraid but I should be more understanding that they're doing their duty and they also want to go home as well,” Thompson said.

Thompson said she still works with the FACT program. She said she enjoys mentoring kids that were in the same spot she once was in.