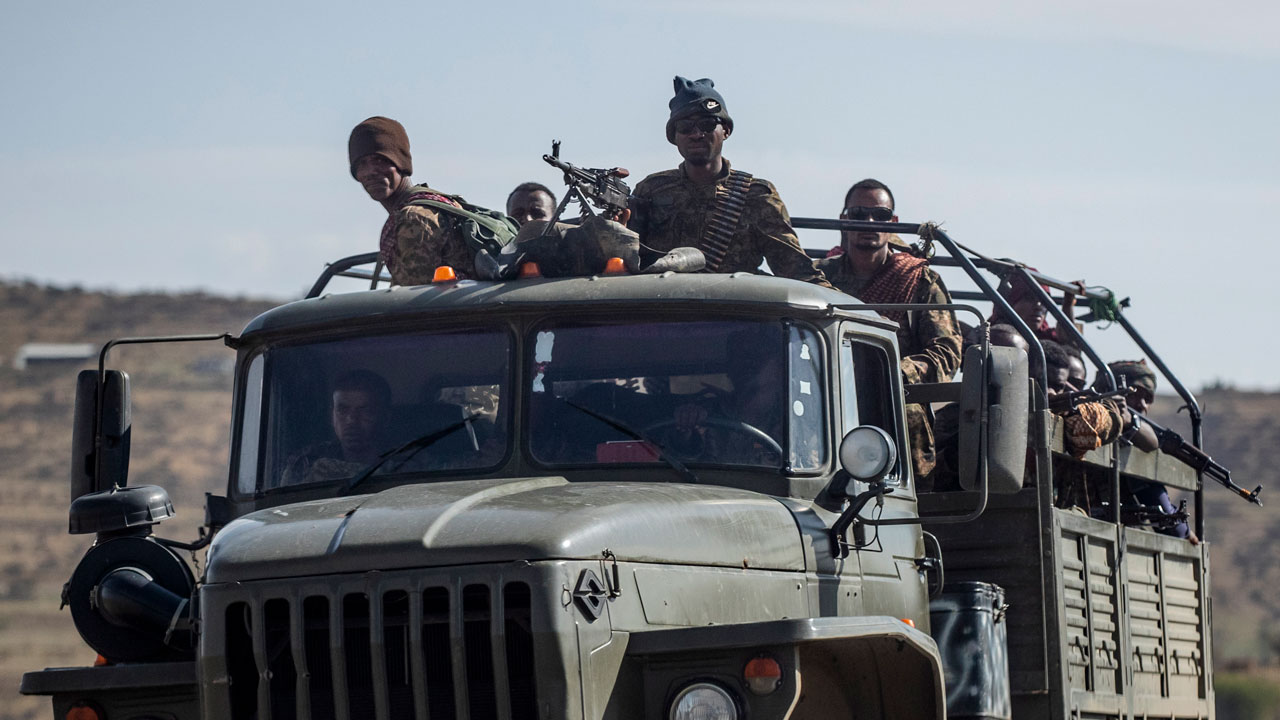 The leader of Ethiopia’s embattled Tigray region and the federal government have been invited to peace talks in South Africa this weekend as part of a pan-African effort to end one of the world’s most overlooked wars, according to a letter seen Wednesday by The Associated Press.

If Debretsion Gebremichael attends the proposed talks between the Tigray and Ethiopian sides, it will be the highest-level effort yet to end the two-year war that has killed thousands of people from conflict and starvation. In a statement, he said he is ready to send a negotiating team but has questions about who else might take part, “considering that we were not consulted prior to the issuance of this invitation.”

Ethiopia’s government has accepted the invitation, national security adviser Redwan Hussein said. In a separate statement, the government called it “consistent with the Ethiopian government’s prior positions” that talks be mediated by the AU and be held without preconditions. The statement does not say who might attend.

The letter from the chair of the AU Commission says the AU-convened talks would be “aimed at laying the foundation for a structured and sustained mediation” between the two sides toward a “durable resolution of the conflict.”

A diplomat in Addis Ababa said representatives from the European Union, the United Nations and the regional Intergovernmental Authority on Development are expected to attend the talks as observers in support of the AU’s mediation team. The diplomat spoke on condition of anonymity because they were not authorized to speak publicly.

The talks come more than a month after fighting in Tigray renewed following months of relative calm. Forces from neighboring Eritrea, allied with Ethiopia’s government, are again joining the fighting in what Tigray forces have described as a large-scale offensive.

On Tuesday, an airstrike hit the Tigray town of Adi Daero where displaced people were sheltering, a humanitarian worker who visited the site afterward told the AP. They described the scene as “total carnage” and said health workers reported more than 50 people killed. The worker spoke on condition of anonymity because they were not authorized to speak publicly.

The Tigray region has been largely cut off from the world since the war began in November 2020, with more than 5 million people without basic services including electricity, phone, internet and banking. Medicines have run desperately low. On Thursday, the U.N. said trapped staffers were finally able to rotate out of the region for the first time since the fighting renewed.

The fighting also has spilled over into Ethiopia’s neighboring regions of Amara and Afar as Tigray forces have tried to pressure the government, putting hundreds of thousands of other civilians at risk.

United Nations-based investigators have said all sides have committed abuses.

There is also deep suspicion on both sides. A member of the Tigray negotiation team, Tsadkan Gebretensae, told a U.S. think tank last week that “we have agreed on an African-led process, but that should not be carte blanche for the AU to impose what should be a peace process.”

Tsadkan said Tigray representatives had met three times with Ethiopian authorities — in Djibouti and Seychelles — and he thanked the United States government for organizing the meetings, which he said produced a “clear proposal for a cessation of hostilities.” But after that, he asserted, the Tigray side was “betrayed.” He didn’t give details.

The Tigray authorities “will accept whatever comes out” of an impartial, agreed-upon peace process, he said.