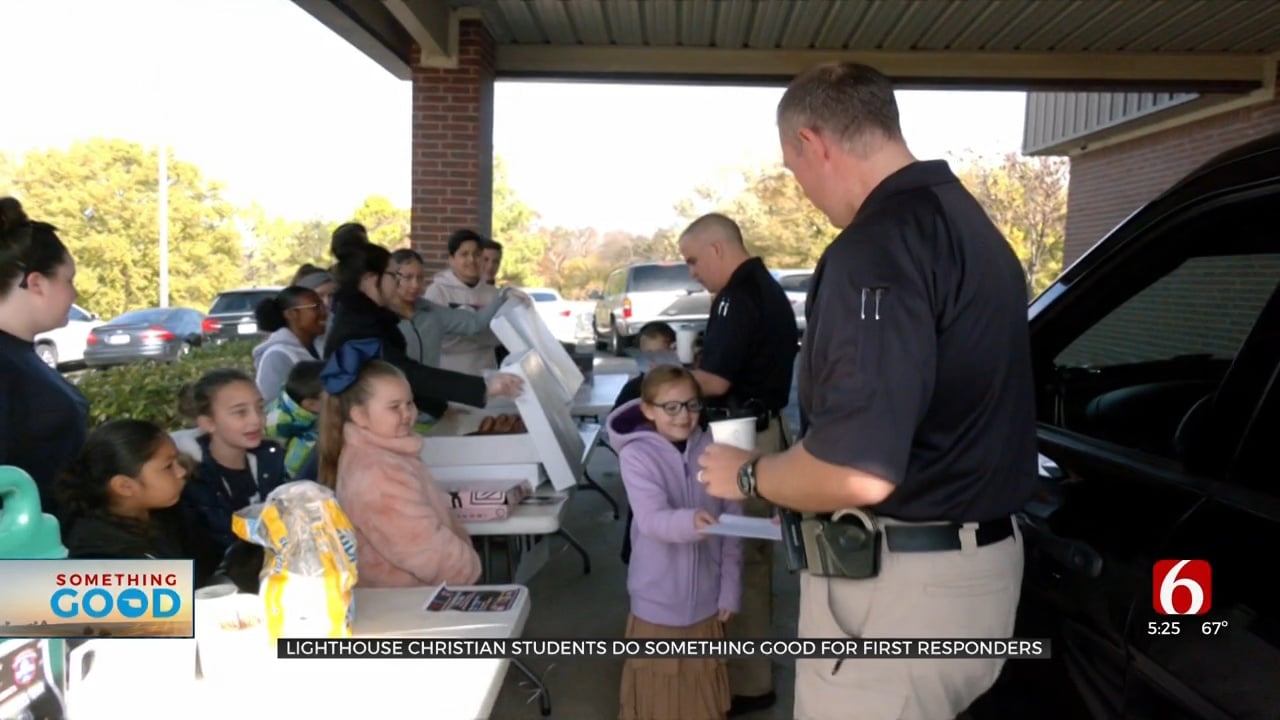 Students at Lighthouse Christian Academy in Tulsa are showing appreciation for first responders in a special way. October 28 is National First Responders Day, so they wanted to do something good for those who serve.

Donuts and coffee in hand, students at Lighthouse Christian Academy were saying thank you.

"Just support them, let them know. Because sometimes they don't get enough support, so just kind of letting them know that we're here for them,” said junior, Jonathan Nirvaez.

Nirvaez has been a part of the tradition since it started four years ago.

Kindergarteners to seniors served different shifts throughout the day waving signs and handing out treats and handmade cards.

Police officers, firefighters, and EMTs, on or off duty, were invited to stop by. At the end of the day, students delivered leftovers to the stations.

"I think it's a good cause and something that's a great thing for them to be a part of and instills the right sort of gratitude toward our first responders,” Johnson said.

It’s a gesture that means a lot to Master Control Officer Robert Arnold with the Jenks Police Department.

“It's part of why we do the job is to protect people like the kids here,” Arnold said.

Arnold said the recognition and gratefulness is humbling and gives him strength to keep going.

"It makes everything worth it. It makes the missed holidays, the stress and everything else that goes with the job completely worth it,” Arnold said.