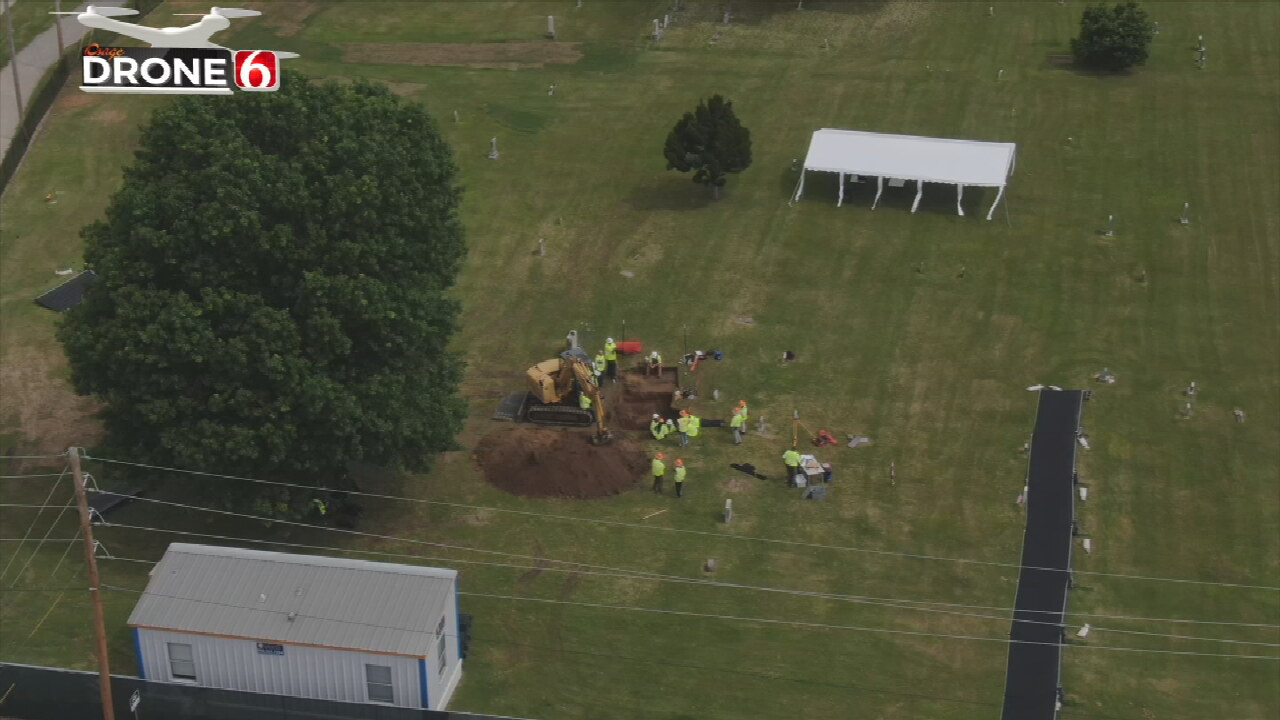 Archaeologists announced Wednesday afternoon that they discovered three additional burials in the mass grave at Oaklawn Cemetery, in the search for victims from the 1921 Tulsa Race Massacre.

The team is digging a larger area around what was found last October, so they can work to determine the exact boundaries of the mass grave. State Archeologist Dr. Kary Stackelbeck said between Tuesday and Wednesday, they determined the northeastern and southeastern corners of the mass grave.

Last fall archeologists did a test excavation; now they are doing a full excavation and remains will be exhumed from the ground. In October the team discovered 12 coffins, and archeologists said if their estimated dimensions were correct, there could be more than 30 individuals buried in the mass grave.

The city has signage posted on the fence at the cemetery, with information for people to learn more about the investigation, including a code to watch an informational video. The city said Wednesday that the mayor signed a contract with the engineering firm that will be helping with the work at Oaklawn.

The crew is with a company called Cardno, which will start working on Monday.