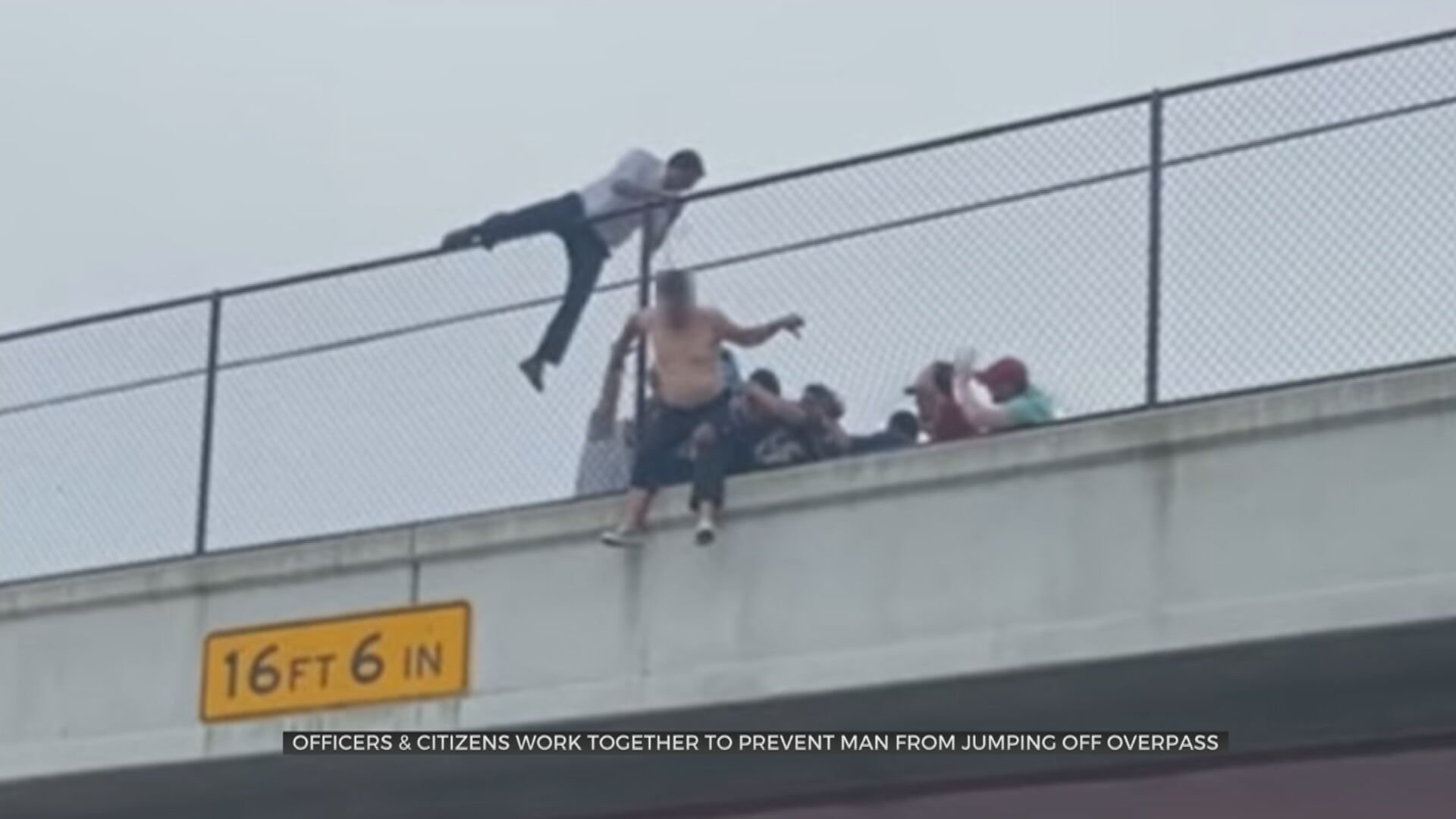 A group of strangers is caught on camera helping officers prevent man from jumping off a Tulsa overpass.

The man is now safe and getting help. Police, firefighters, and citizens all worked together to hold the man from jumping onto a highway so they could get him to a mental health facility.

A video sent to News On 6 by a viewer shows the moment when the man grabbed the outside of a fence on the Yale bridge over I-244 and tried to jump. Tulsa Police officer Andre Baul said the man was in crisis.

“Citizens saw him and called us," said Baul.

Baul said citizens were the first ones on scene to help, and together, along with several police officers and firefighters, they grabbed on to the man.

“By a great job, they were able to reach out and grab him before he actually fell," said Baul.

Baul said at one-point officers even handcuffed the man's pants to the fence to keep him up before Tulsa firefighters could cut open the fence and get him down. He said officers are trained for situations like these.

Dee Harris with Family and Children's services said they have a COPES crisis hotline to make sure anyone who needs mental help can call and talk to someone.

“We’re going through tough times right now and people are in stress, they don't know where to turn, they feel alone - you're not alone," said Harris.

She said she hopes people who need help will reach out before they get to a crisis point like what happened on Saturday, but she is thankful for everyone who worked together and got the man the treatment he needed.

“It’s scary to see stuff like that and thank goodness we had TPD and citizens to help with that," said Harris.