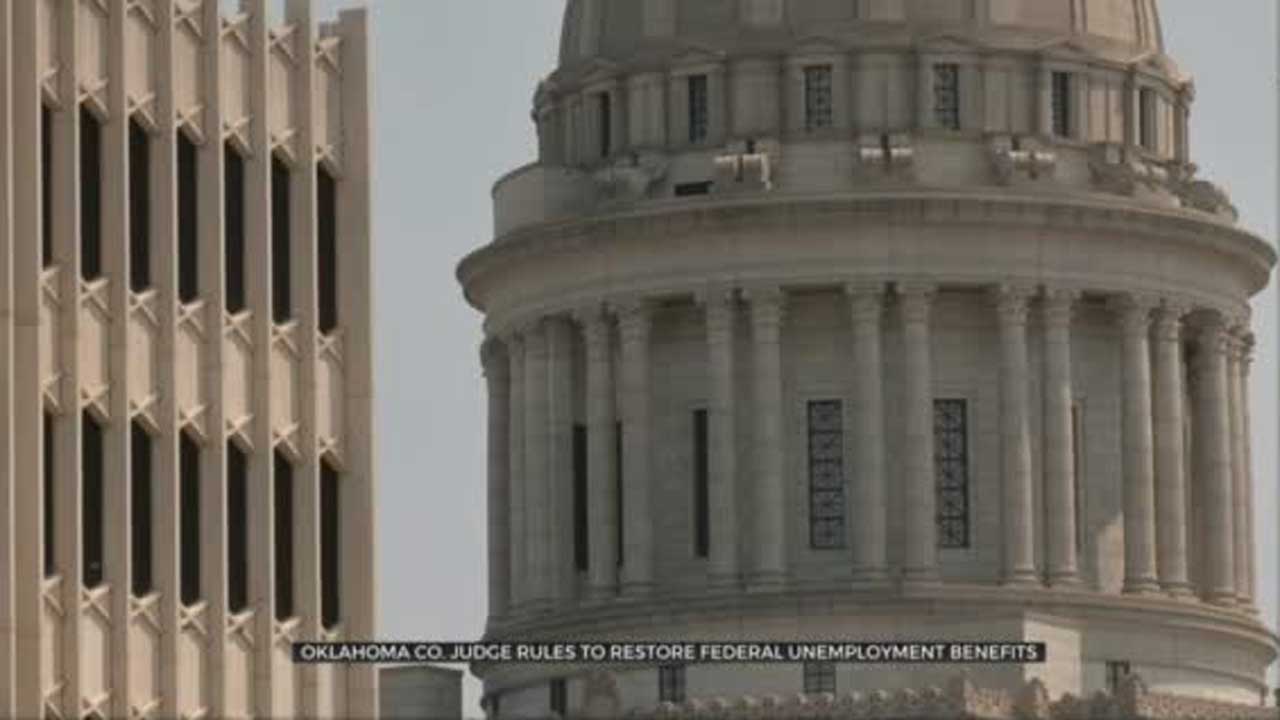 A judge is expected to formally order the state government to restart federal pandemic unemployment payments after Gov. Kevin Stitt cut benefits off early. Instead, he implemented a back to work incentive program.

The report is expected to be filed on Monday and will include specifics on why the judge sided with 13 Oklahomans who filed the lawsuit.

The suit alleged the governor didn't have the authority to pull the plug on federally funded programs ahead of their scheduled expiration in September.

Instead, the state introduced a one-time $1,200 payment over the summer to a maximum of 20,000 people who returned to work.

More than a dozen other states also prematurely cut off the $300 in benefits.

The U.S. economy added 943,000 jobs in July, but for some Oklahomans who suffer from medical conditions, getting into the workforce is a risk.

Nancy Summerlin, 68, lost her job at Sam's Club at the beginning of the pandemic.

Because of lung conditions including asthma and COPD, she and others who have underlying health conditions said finding a job that keeps them safe is a challenge.

"It's been really difficult," Summerlin said. "If I get sick, I will not improve beyond a certain point"

Judge Anthony Bonner said the Oklahoma Employment Securities Commission must now request to resume the four federal programs that were cut off.

A spokesperson for the Oklahoma attorney general’s office said they are reviewing the order and considering their next steps. Representatives for Stitt’s office did not respond to a request for comment before Friday night.

On Monday, Oklahomans could possibly learn more on how quickly the programs could kick back in as well as if missed payments will be reimbursed.