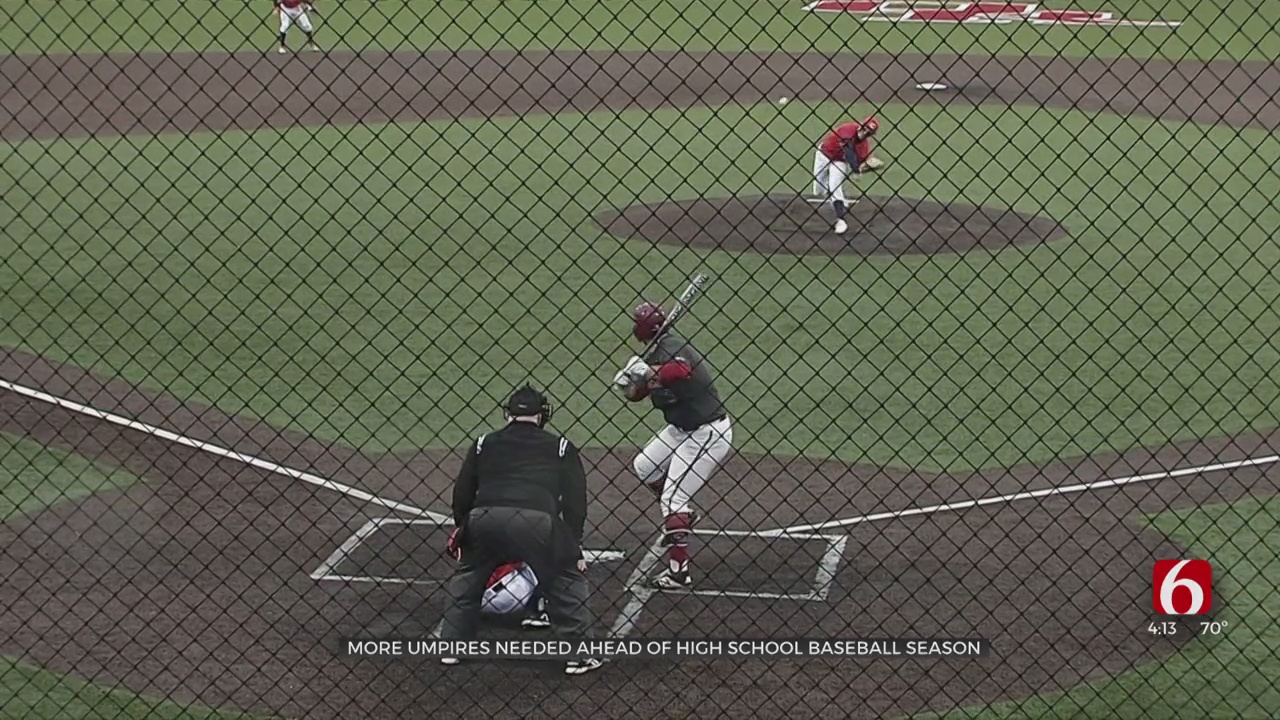 Baseball season is only a few months away and there is a critical need for umpires.

The Tulsa Metro Umpires Association (TMUA) is recruiting people to join, and they’ll train anyone who can help.

"You can have all the talent in the world but if we don't have umpires, it's not a game, it's just a scrimmage,” said TMUA Director of Training Kurt Grider.

The Tulsa Metro Umpires Association says the need for umpires is drastic.

"Some of those games have gotten canceled for reasons out of our control and we're trying to fix that,” Sexton said.

Grider said a few years ago, they had 120 umpires.

Last year, that number was cut in half leaving only 58 umpires to cover 50 schools.

He says with 1500 games and two umpires needed at each one, it's not physically possible.

"These kids are out here working hard, so are the coaches. We need people to cover those games because if not, it's not an official contest,” Grider said.

Grider says the lack of umpires can affect the team's future playoffs and tournaments.

From calling balls and strikes to outs and saves, people willing to be umpires can learn everything in training and get paid per game.

He says the association trains rookies with experience from one to three years.

There are six weeks of meetings to learn the basics like a strike call and strike zone.

"If you love baseball, come out and be an umpire. There's no better place than being on the baseball field. It's better than watching it in the stands, to be honest with you,” Sexton said.

Sexton says the time commitment ranges from two to five hours for a night, and umpires are paid $75 per game.

"You get to be part of the game, you get to watch the game and not to mention, you get paid to do it,” Sexton said.

"The best way to learn how to do this is to be on the field,” Grider said.

For more information, go to tulsaumpires.com.