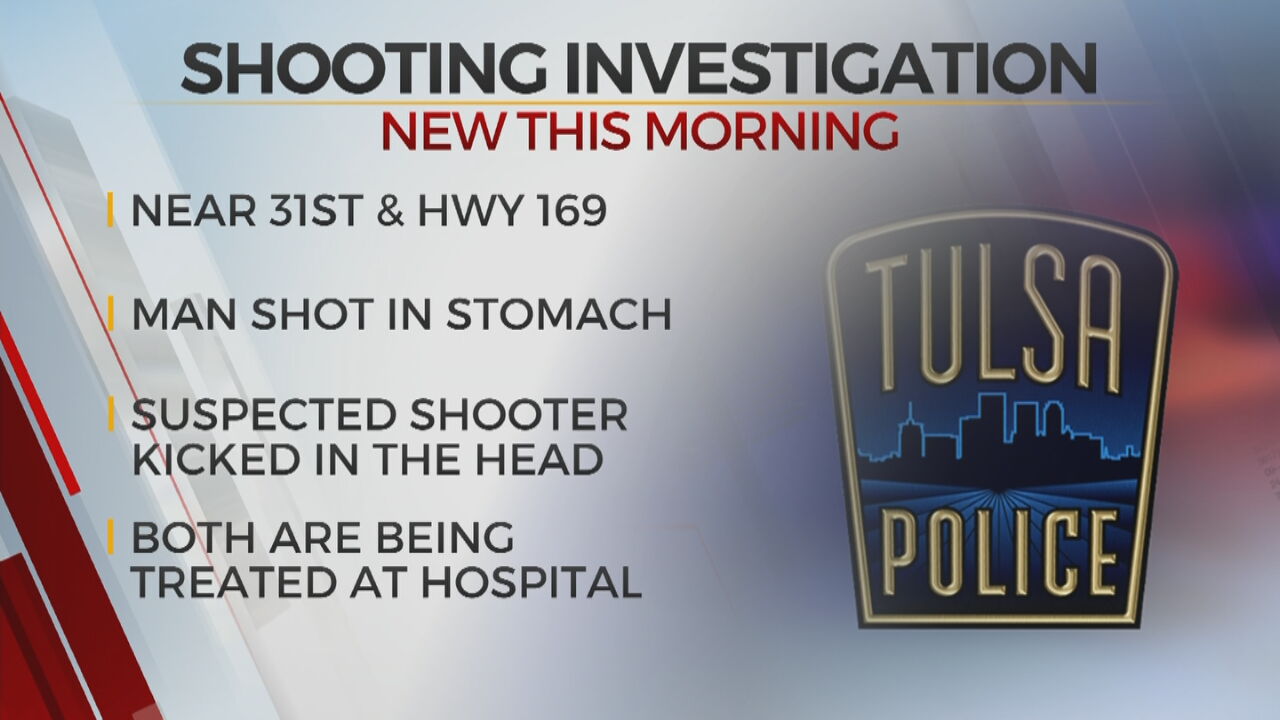 Tulsa police are investigating a shooting that officers say put two men in the hospital on Tuesday night.

Police say a man called 911 and said he was shot in the stomach by a man in his neighbor's driveway.

Officers say there was a fight between the two men and the suspected shooter was kicked in the head.

Both men are were taken to Tulsa hospitlas for treatment.

17-Year-Old Arrested In Connection To Armed Robbery In Tulsa