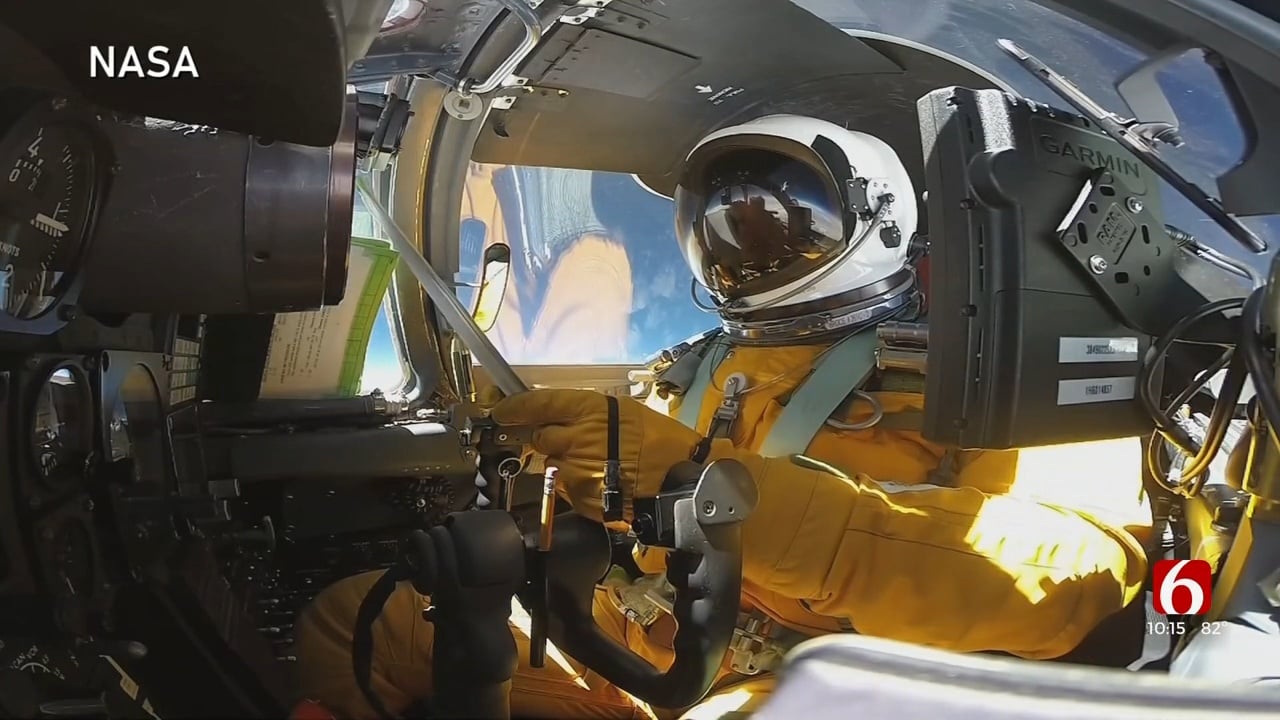 Oklahomans know the impact severe storms can have on people and property. Researchers are studying the long-term effects powerful storm systems can have on earth's climate.

It’s a project that involves students and staff from the University of Oklahoma.

Researchers are using a modified U-2 spy plane owned by NASA called the ER-2.

“We have a bunch of instruments on the aircraft that we go and fly through this air and measure what the thunderstorms have done to the stratosphere, so that we can better understand impacts to composition, and to chemistry, and ultimately climate,” Homeyer said.

Homeyer serves as the mission scientist. He is in charge of monitoring weather and flight planning. His team is studying storms that get so big they break into the stratosphere.

"Thunderstorms are widely known for their impacts and hazards to the ground, because that's what we live day-to-day: flooding, hail, tornados, strong winds,” Homeyer said. “Thunderstorms in this case, what we're interested in, impact stratospheric composition."

For this mission, NASA Pilot Tim Williams flew for seven hours, flying so high he had to wear a space suit.

"It's cool. You get a different image of the world.” Williams said before taking off from a hangar in Salina, Kansas. “When you're really, really high you get to see the curvature."

Texas A&M Professor Kenneth Bowman proposed this research project four years ago, to see how pollutants from storms could affect the climate.

“There have been really strong storms from southeastern Colorado moving down into Oklahoma overnight and those are the storms that we're targeting for this flight," Williams said. "We really hope to have a baseline picture of how these storms are operating in the current climate so that we can have a better ability to model and predict how things might change as the climate changes into the future."

"Storms that overshoot are more likely to be severe and more likely to produce tornados, so even now we can use things like real time satellite and radar data to look at whether the storms are overshooting, and improve the ability to forecast them and warn for severe storms," Williams said.

Bowman expects that all of the data that's collected during this phase of the project will take about six months to be published. After that, it will be accessible by anyone in NASA's public archives.