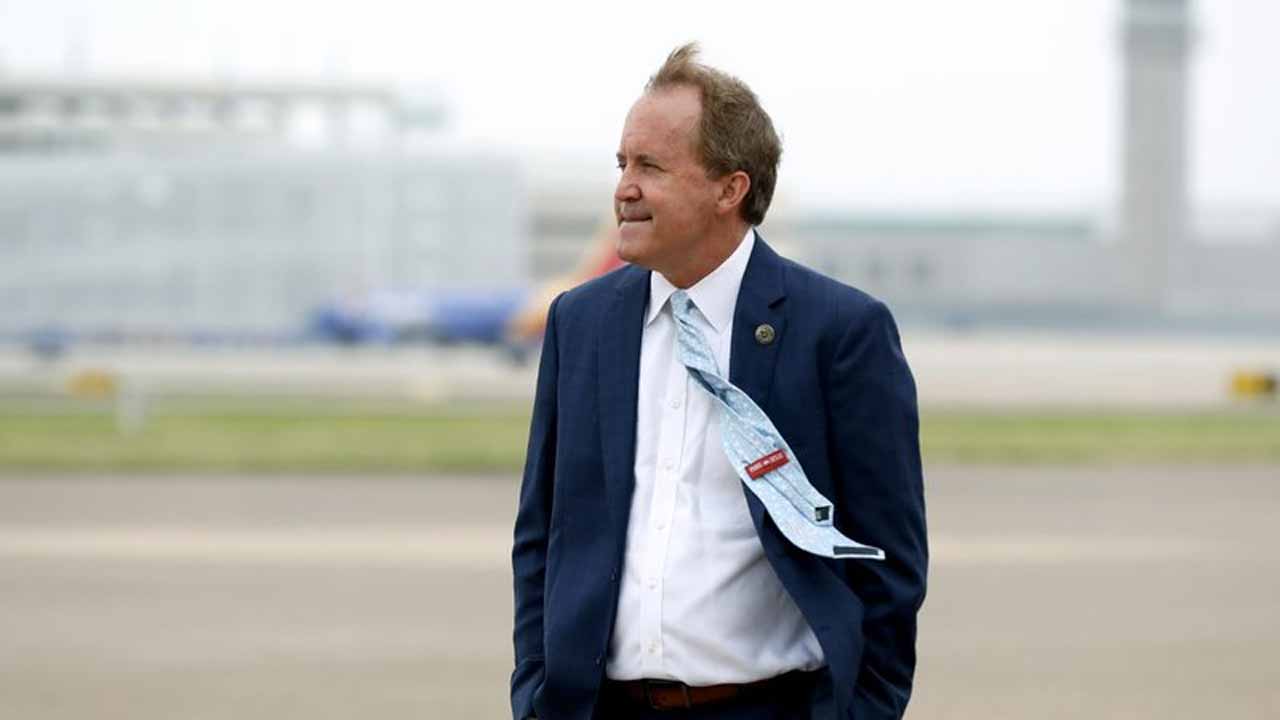 Texas Attorney General Ken Paxton ran out of his house and jumped into a truck driven by his wife, a state senator, to avoid being served a subpoena to testify Tuesday in an abortion access case, according to court documents.

A process server wrote in an affidavit that he was attempting to deliver the federal court subpoena Monday at Paxton’s home and ultimately had to leave the document on the ground. He said the Republican avoided him for more than an hour from inside his house, then dashed toward the truck and the couple drove off.

Paxton, who is facing a variety of legal troubles as he seeks to win a third term in November, said he avoided the server out of safety concerns and said the news media should be ashamed for reporting on what happened.

“It’s clear that the media wants to drum up another controversy involving my work as Attorney General, so they’re attacking me for having the audacity to avoid a stranger lingering outside my home and showing concern about the safety and well-being of my family,” Paxton wrote on Twitter Monday night.

On Tuesday, a judge hearing the lawsuit by nonprofit groups that want to help Texans pay for abortions out of state granted Paxton’s request to quash the subpoena. The attorney general wrote in court documents that he and his wife were “accosted” by the process server and the judge also granted Paxton’s request to seal the affidavit, which had been publicly accessible for hours.

Ernesto Martin Herrera said in the affidavit that he arrived at Paxton’s home in the Dallas suburb on McKinney Monday morning and knocked on the front door, which had a window in it. Paxton could initially be seen approaching the door but then turned back. Republican Sen. Angela Paxton opened it, telling the process server her husband was on the phone, according to the court document, which was first reported by The Texas Tribune.

More than an hour later, the affidavit says, Paxton walked out of the garage but then turned around and ran back inside when Herrera walked up the driveway and called his name. A few minutes after that, Angela Paxton allegedly came out, opened the rear driver-side door of a truck in the driveway, got in the driver’s seat and started the truck.

“A few minutes later I saw Mr. Paxton RAN (sic) from the door inside the garage towards the rear door behind the driver side,” Herrera wrote, adding that Paxton ignored his calls that he was there to serve the attorney general legal documents. Herrera said he left the subpoena on the ground beside the truck but the couple drove off without taking it.

Paxton was indicted in 2015 on state securities fraud charges but is yet to face trial amid long delays over where the felony case should be heard and payment for the special prosecutors. The FBI is investigating Paxton over allegations of corruption that eight of Paxton’s own deputies leveled at him two years ago. The Texas state bar has also brought a lawsuit seeking to discipline Paxton for allegedly misleading the U.S. Supreme Court in his suit seeking to challenge Joe Biden’s victory in the 2020 election.

“Texans deserve an AG who will uphold the law, not run from it,” Garza wrote on Twitter Tuesday.