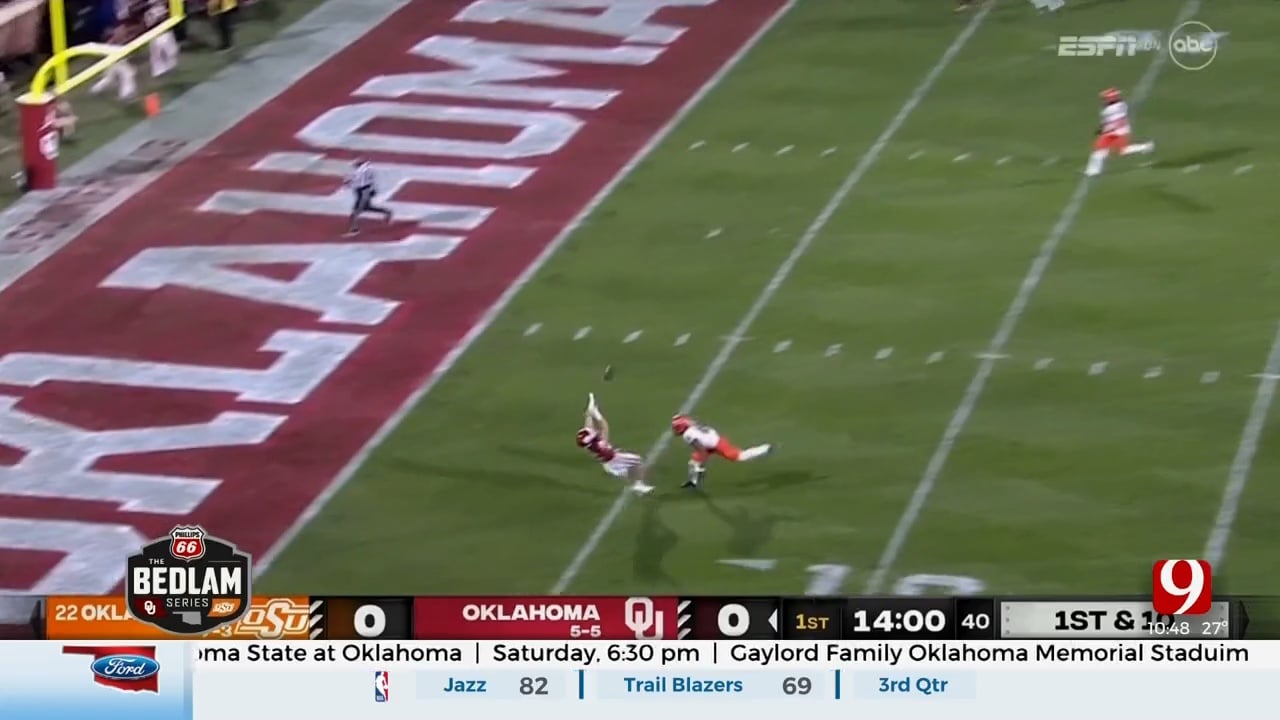 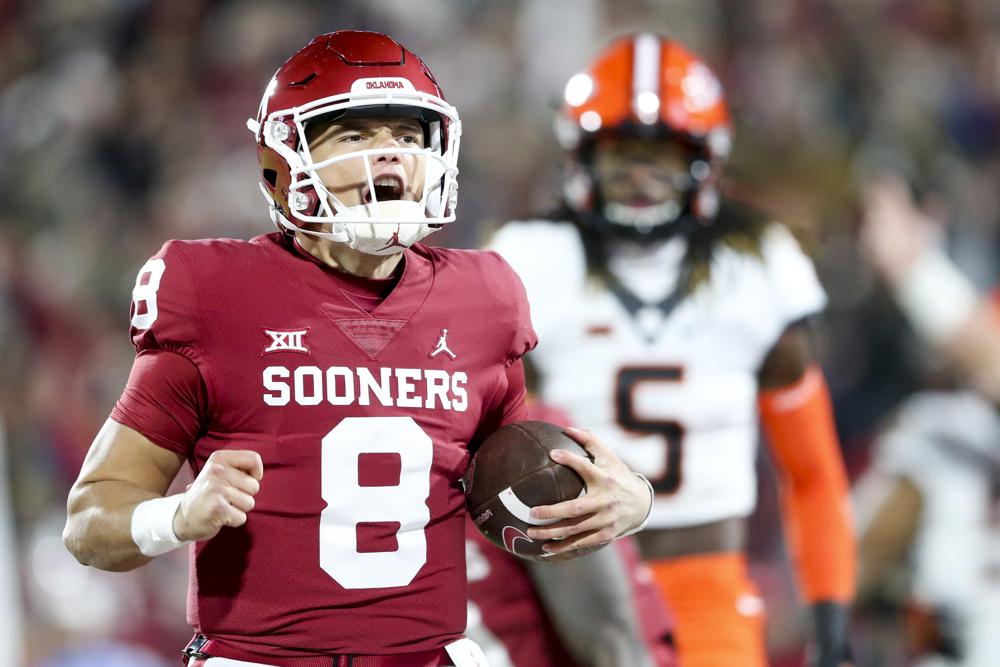 Dillon Gabriel passed for two touchdowns and ran for another and Oklahoma became bowl eligible after knocking off No. 24 Oklahoma State 28-13 on Saturday night.

Spencer Sanders passed for 381 yards and a touchdown for Oklahoma State, but he threw four interceptions. Brennan Presley had nine catches for 118 yards and Braydon Johnson had seven receptions for 109 yards for the Cowboys (7-4, 4-4, No. 22 CFP), who now are eliminated from contention for a spot in the Big 12 title game.

The matchup was one of the last in the Bedlam series with both teams as Big 12 members. Oklahoma is slated to leave for the Southeastern Conference in the next few years.

The Sooners gained 299 yards in the first quarter, the second-most yards Oklahoma has ever gained in a quarter. The Sooners led 28-3 at halftime.

Quinton Stewart’s 2-yard TD catch from Sanders cut Oklahoma’s lead to 28-10 late in the third quarter. Oklahoma State drove to the Oklahoma 16 before DaShaun White intercepted Sanders in the end zone with about six minutes remaining.

Oklahoma State: Sanders regressed to what looked like a younger version of himself. He made the kinds of mistakes he rarely has made this season. Oklahoma State outgained Oklahoma 484 yards to 434, but the poor start and miscues doomed what otherwise was a solid effort.

Oklahoma: The Sooners showed their enormous potential in the first quarter, but they also showed why they are barely above .500 with a very inefficient final three quarters. The Sooners only had the ball for 22 minutes and were unable to run the clock down effectively after getting their big lead.