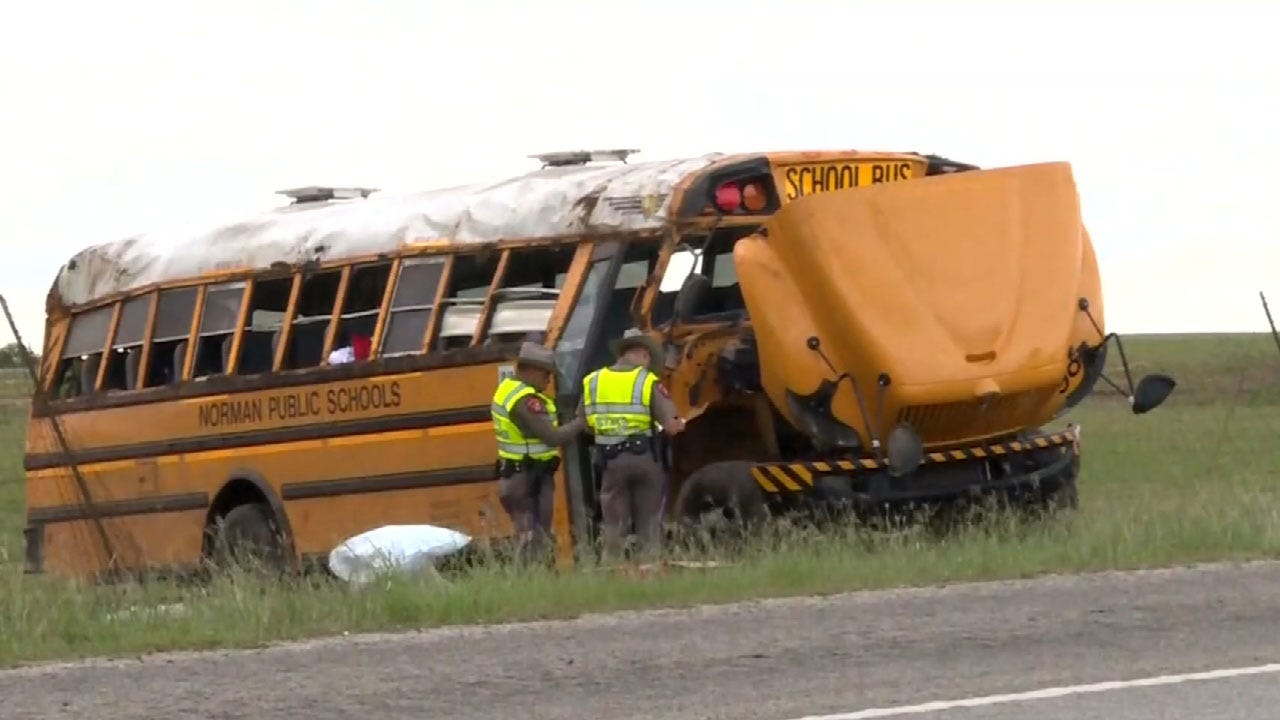 The Texas Department of Transportation has completed their report on a crash that involved a Norman Public School bus.

The accident happened Saturday, September 29 as the students were near Lampasas, Texas. The group was heading to Sea World for a field trip.

The school district had already confirmed, prior to the release of the report, that the driver of the bus was Cleveland Elementary School Principal, Ty Bell.

Law enforcement had also told News 9 the bus had hydroplaned.

The report went into more detail explaining the bus was traveling southbound on U.S. 281 and turned on a left hand curve. That's when officials said the bus hydroplaned and crossed the center of the road into the northbound lane.

The report also said Bell steered right in an attempt to get back in the correct lane, but eventually lost control when he tried to overcorrect.

Officials said this caused the bus to go skidding into a ditch and rolling through a fence before coming to a stop facing upright.

A charge of unsafe speed is listed along with a citation number. According to officials, this charge doesn’t necessarily mean Bell was speeding. It means that he was allegedly going at a speed that, in those conditions, meant he couldn’t maintain the bus.

Officials tell News 9 the citation is a "Class C Misdemeanor" punishable by a maximum fine of $500.

In term of injuries, the last the school district was able to confirm was that there was one student still in the hospital.

Norman Residents Express Concern About Reopening The City Too Quickly