Police Identify Shooter After Incident At Louie's On Lake Hefner 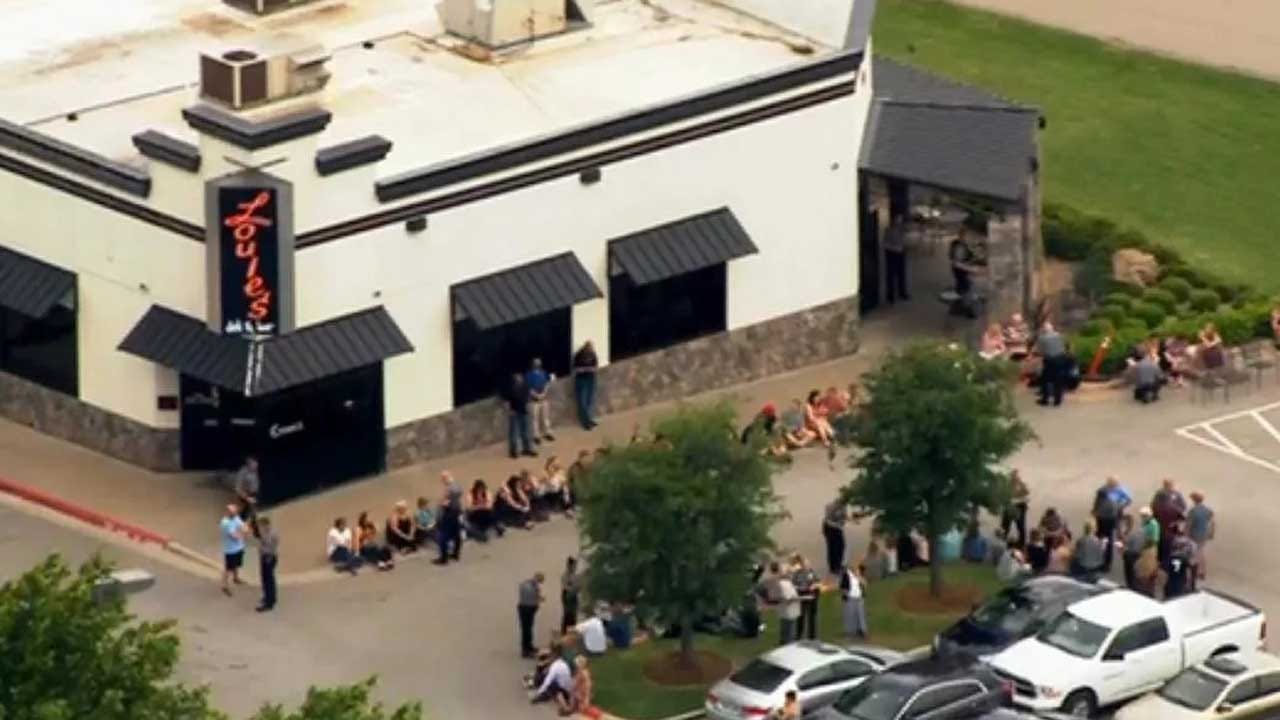 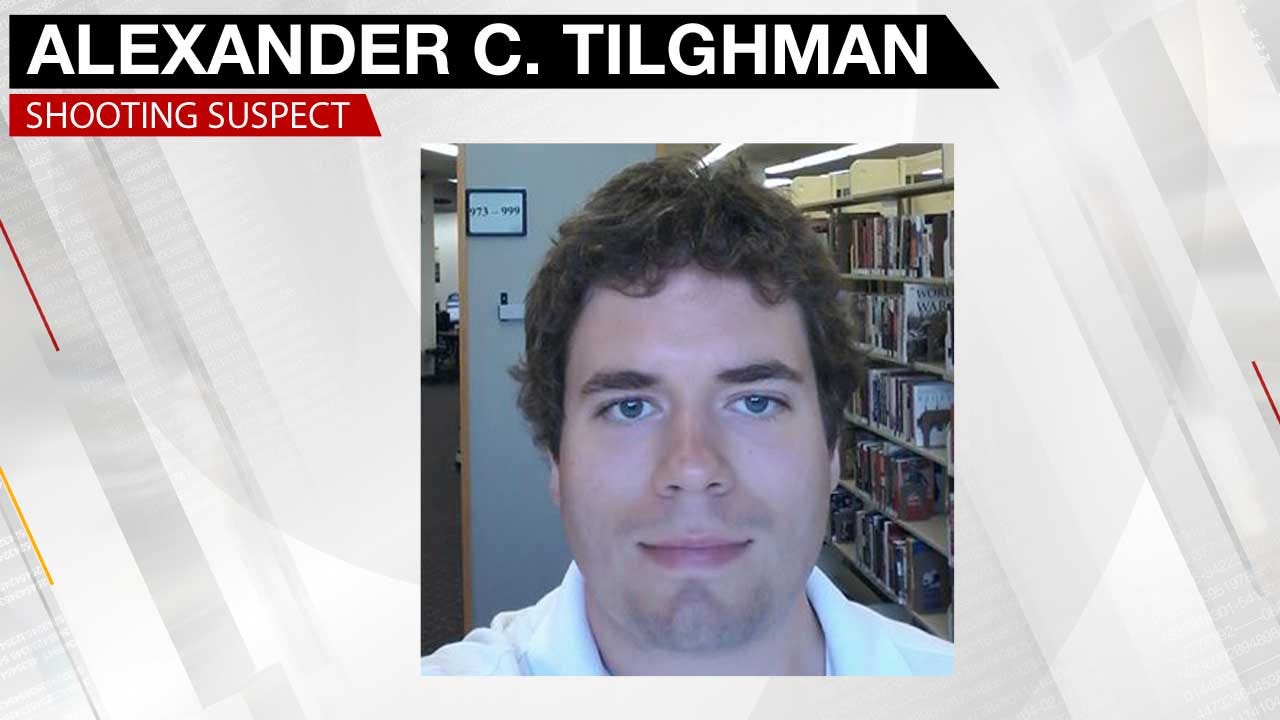 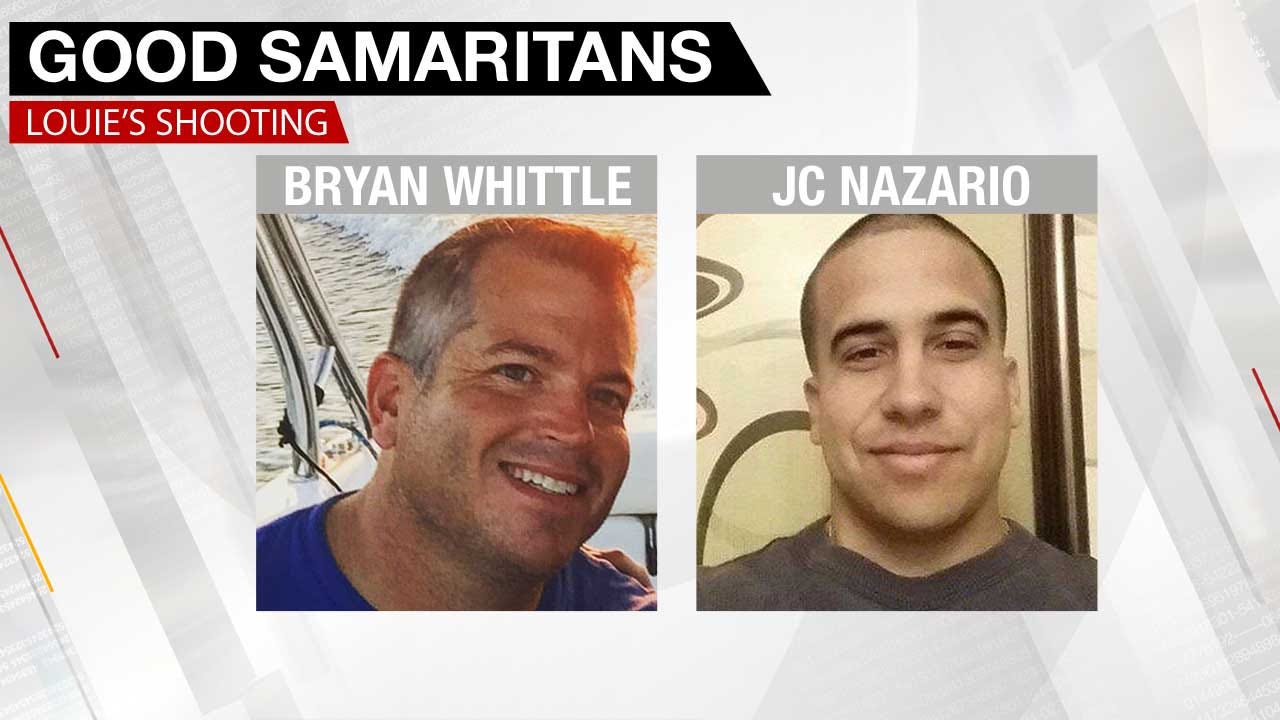 The shooter at a restaurant on Lake Hefner and two men who took him down were identified by police Friday morning.

The shooting happened about 6:30 p.m. Thursday at Louie's, 9401 West Lake Hefner Drive. Police received reports of a shooting inside the restaurant.

Witnesses told officers the man was shooting from outside the front door in to the restaurant.

When police arrived on the scene, they found the shooter dead outside of the restaurant. The shooter was wearing ear protectors and shooting glasses, Oklahoma City police Capt. Bo Mathews said.

The shooter was shot outside of the restaurant by two civilians, police said. The civilians were identified as Juan Carlos Nazario, 35, and Bryan Whittle, 39.

Both Nazario and Whittle had their weapons in the trunks of their vehicles. As the situation unfolded, both of the men were able to go to their vehicles are retrieve their firearms and shot the shooting suspect, Mathews said.

"They were two people who stopped a tragic situation from going any further," Mathews said.

Mathews said the shooter and the two civilians were carrying handguns.

Police said three people, two female children and one adult female, were shot by the shooter identified as Tilghman. All three shooting victims are in good condition and are expected survive, police said.

A fourth person was also injured during the shooting. The adult male reportedly fell and broke his arm during the altercation. He is in good condition.

Other than a domestic assault and battery complaint against Tilghman when he was a 13 years old, Tilghman had no other run-ins with police, Mathews said.

Tilghman was licensed as an armed security guard. The Oklahoma Council on Law Enforcement and Training's Gerald Konkler said 28-year-old Alexander Tilghman held an active license as an armed guard and there were no disciplinary actions against Tilghman.

Police said at this point in the investigation, it appears that Tilghman did not know anyone at the restaurant.

When News 9 went to the home registered as Tilghman's residence, a man refused to open the door.

"Our family is going through hell," he told News 9 through the door.

The FBI, the ATF, Homeland Security, the Oklahoma City Fire Department and the Oklahoma Highway Patrol assisted with the situation Thursday evening.

It is with heavy hearts we report there was a shooting at Louie's Bar & Grill on Lake Hefner on Thursday, May 24 around 6:30 p.m. We are very thankful for our first responders, who secured the scene very quickly. Victims of the incident were rushed to OU Medical to be cared for, and OKCPD has reported that they are expected to survive.

At every Hal Smith Restaurant, the safety of our guests and employees is our utmost concern. We are extremely thankful the situation didn’t escalate further, and that injuries were not more widespread. However, our hearts are with the wounded during this incident. We will continue to support our guests and families in any way we can during this difficult time, and we have a counseling team standing by for any employee or customer that may request those services. Louie’s Lakeside will be closed on Friday, May 25, 2018.

The shooter’s motive is unknown. This identity is not yet confirmed, and he was found deceased at the scene. The incident is under further investigation with the OKCPD. We recommend visiting OKCPD for more information on the incident.

The Oklahoma County District Attorney will determine if the two civilians acted within their rights and if any charges should be filed.

Police Identify Shooter After Incident At Louie's On Lake Hefner