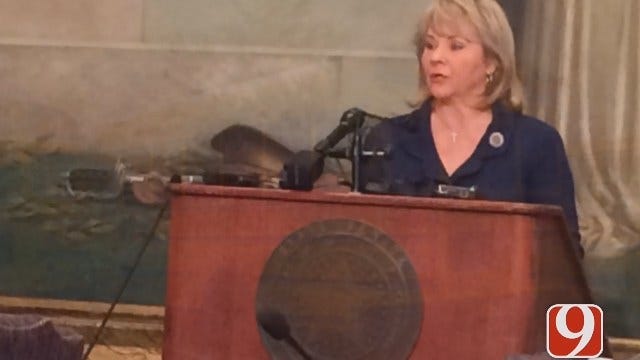 It’s a controversial alternative to public education, and now, it has the backing of Oklahoma’s governor.

Education savings accounts are accounts set up to give parents the public money that would have been used educate their children, so parents can decide how it's used; whether it be tutoring or private school or online classes.

Backers say the accounts will be monitored so the money, often thousands of dollars per year, can only be spent on the child's educational needs.

“You cannot use it to go out and buy a computer,” said state Rep. Tom Newell, R-Seminole. “You can’t use it to take a trip to Disney World or something.”

Opponents say the plan will take money away from already struggling schools.

“We’re looking at increased class sizes; We’re looking at schools that are looking at losing funding so they’re gonna have to look at thinks like four day weeks, which is not good for students,” said Alicia Priest, Oklahoma Education Association president.

Under the plan, parents will not receive the full amount of public money allocated for their children,  it will be based on financial need.

So if a parent decides to pull their child from the public school, the school system still gets a portion of money without the cost of that student.  Most important, backers say, it gives parents the ability to choose what's best for their child.

“The whole idea here is rather than funding a system, we’re empowering a parent to do what’s best for their educational needs,” Newell said.

“Sure parents have the right to choose what’s right for their kids.  But my tax dollars shouldn’t have to follow their children,” Priest said. “If they choose to send their child to a private school then good on them.  But they should be responsible for that because that’s their choice.”

So far, just two states, Florida and Arizona, have education savings accounts, but another half dozen states are considering the plans.