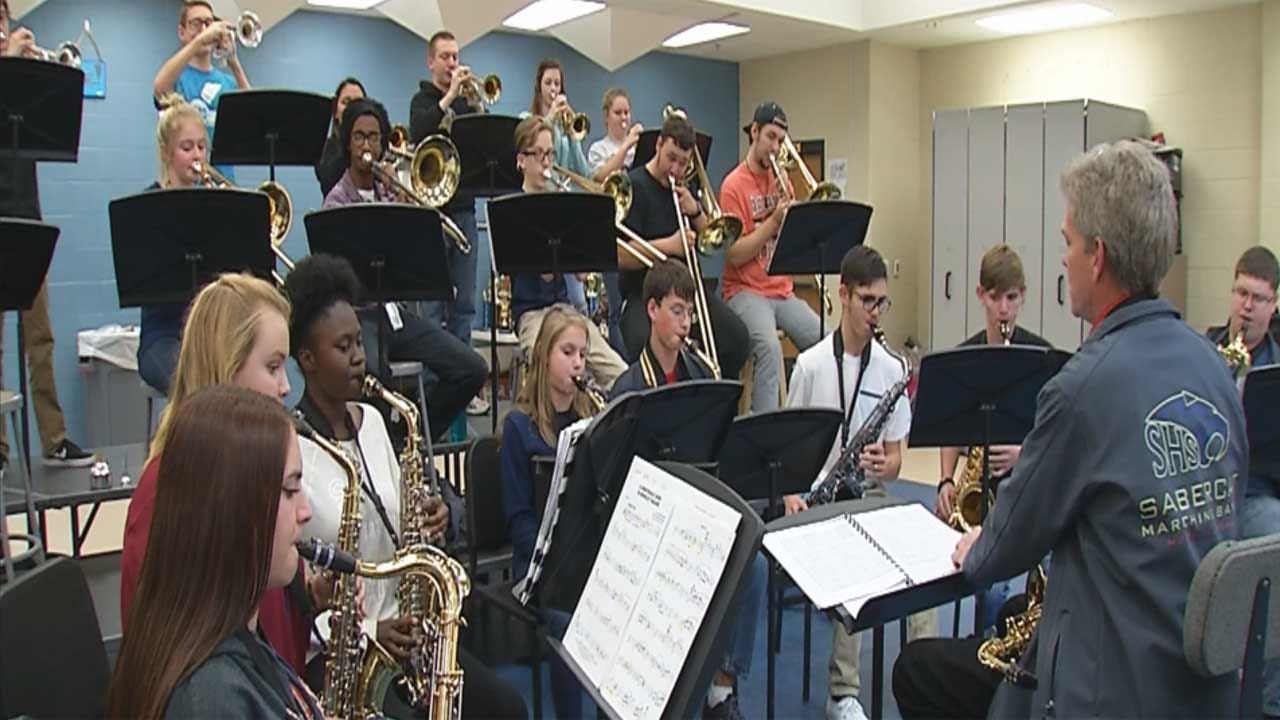 Monday afternoon was one of the final rehearsals for dozens of Southmoore High School band students before their instruments are shipped off to London, where they are set to play on one of the world's biggest stages.

“I know once I get there my mind’s going to be blown,” drum major Kyrsten Sommer said as she laughed.

Talent scouts selected the school two years ago to play in the 2016 London New Year's Day Parade and they've been practicing and fundraising since.

“This band program has gotten me through so much and it’s just kind of like that really big reward. This is what I’ve been working for,” Villanueva said.

The parade features 10,000 performers and attracts half a million people to the streets of central London.

“This is a big, big life event for lots of our kids,” director of bands Adam Mewhorter said.

The students will also play in concert halls and on worldwide television for a total of five performances overseas.

It's a once in a lifetime opportunity for these teens to represent Oklahoma and to use their talents as a tool to help heal after May 2013, sharing their resilience with London and the world.

“So much good came out of a bad, horrible incident but we’re showing that you know, hard work can bring us back up to the top,” Sommer said.

If you want to watch the actual parade performance on New Year's Day, News 9 will link the live stream on here as soon as it becomes available.